Yep, we had to move animals again. We had a cow break through a fence wire, so we had a tangled mess to clean up and sheep to move to new grass last night. Under dark, dark clouds (which is why some of the color in these pictures is so…interesting). But at least it was cool and breezy.

First I moved the horses. Our sheep are mostly kid-sized. Horses and cows, not so much.

Then we opened the gates. 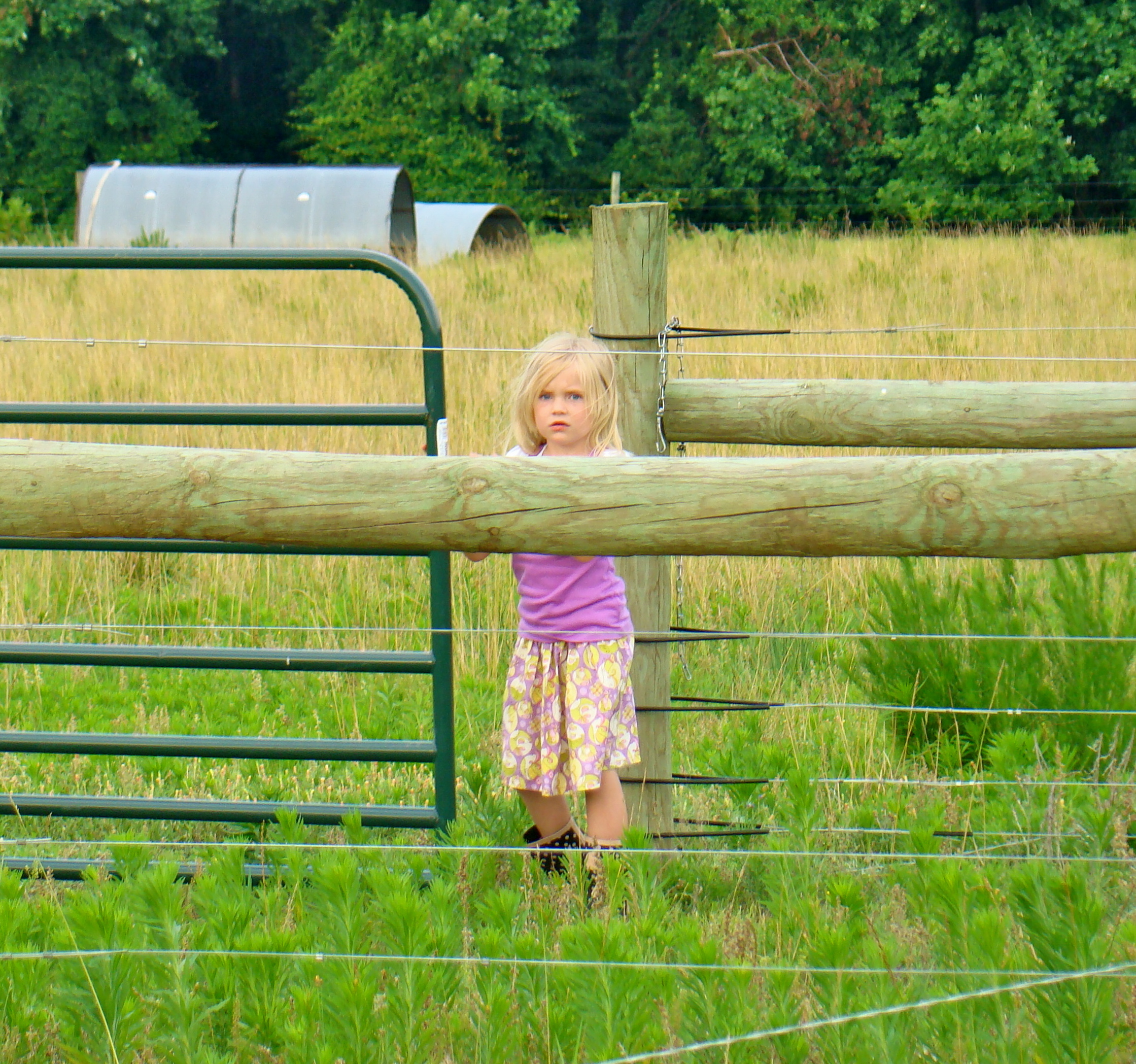 The Ladybug is my gate expert of the bunch.

Then the Cowboy “hyip-hyiped” the sheep. It’s his favorite job. (Yes, “hyip-hyipping” is an official job around here.) 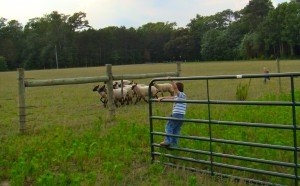 See my boy playing border collie back there?

Even Speedracer was working this time. We’ve decided he’s not getting off easy just because he’s the baby any more. 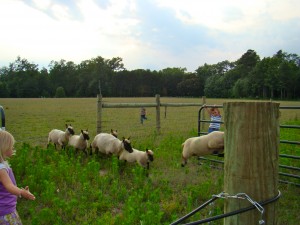 You can always tell the rams because they're the first to leave the ground when on the move.

This was probably one of the easiest moves we’ve had all season so far.

I think the sheep respond well to the kids. They’re not intimidated, so they don’t freak out and run away. If anything, they’re more likely to challenge the kids by running at them. Some of those ewes are very canny judges of your commitment to standing your ground. 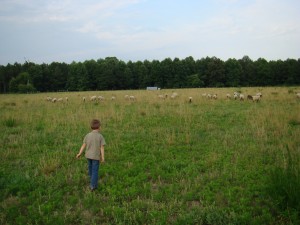 I'm sure them wanting that fresh, green grass helped too.

Then it was back to the old pasture to round up our fencing mess. The temporary fence is usually hot, but once that cow busted through it, it was off. Then it was a free-for-all with everyone going over it, thru it, and dragging it down off the posts and around the field. 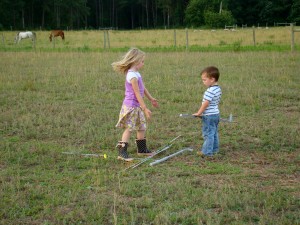 The kids know how to do just about everything besides actually set the posts–they’re just not quite big enough for that yet. 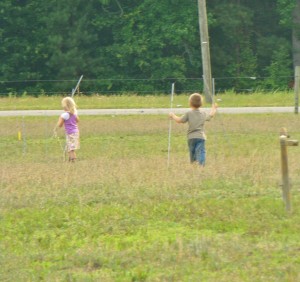 The Ladybug and the Cowboy walk the line from end to end, unhooking the wire and gathering the posts.

But they can run the fenceline down the field hook the wire to the post. Or they can unhook the wire and collect the posts as they walk back.  They even know how to hook the alligator clips at the end to turn the temporary fence hot–although we always turn the whole thing off when we’re out there working as a family. 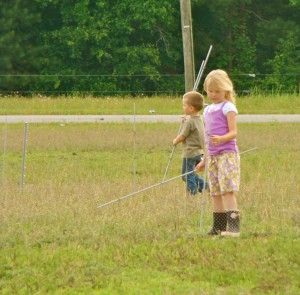 The older kids can work pretty far away from me because they know what they're doing.

Once everything’s unhooked, we started rolling it up. This is something I usually do, but the Ladybug really wanted to try it. It’s a bit of an arm workout, but she took it in stride. 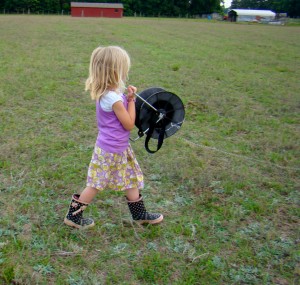 She's got it under control!

Then Speedracer went to work, loading the reels onto the Ranger. He has to work close by so I can keep him on task. (And because his legs play out faster.) 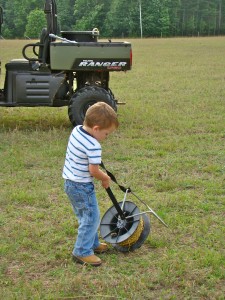 Those reels are heavy when they’re fully loaded. 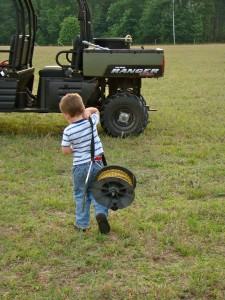 I was proud of him, he didn't complain or give up.

But he was game to do his part.

This is where I usually have to find some patience because it takes him forever! But I’ve got to zip it and let him work at his own pace if we want to encourage him. 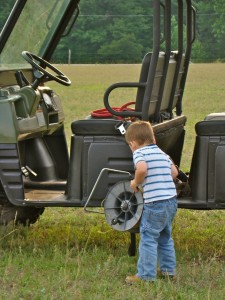 He managed to get them in there without my help at all.

Then the boys took a break to start sword fighting using fence posts.

Which I put an immediate end to.

Then they started hacking at some tall weeds that managed to survive the hungry sheep with fence posts.

Which I put an immediate end to.

Then they started chasing grasshoppers with fence posts.

Which is when Mr. Fix-It came over and suggested we call it a day.