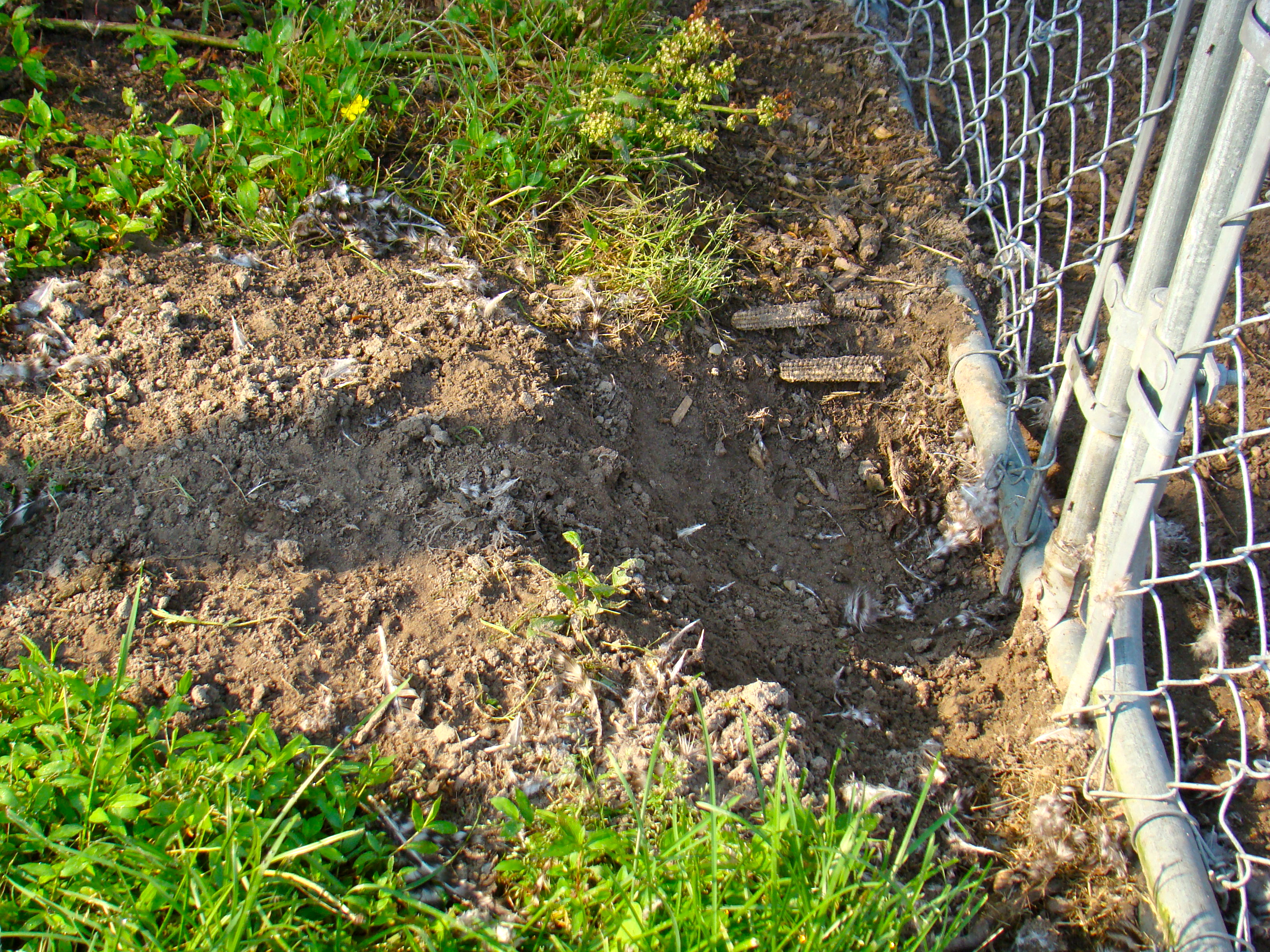 We've had a break in.

I walked out to get eggs a few days ago and saw that I was missing someone. 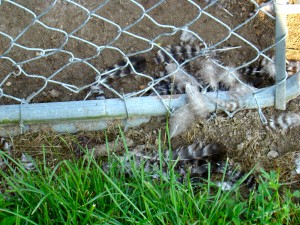 Something had dug in under the fence and raided my coop and carried off one of my Barred Rock hens. 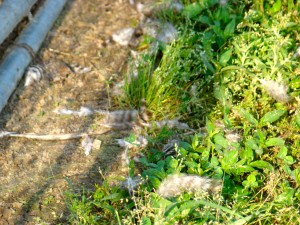 It wasn't the worse crime scene we've had.

Apparently it snatched her right off the perch and dragged her back out of the hole it had dug to get in. 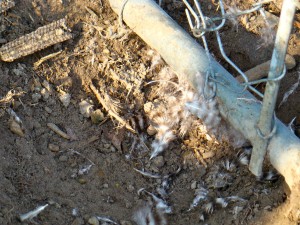 That's a really small hole to get through.

I never found the body. Apparently whatever it was made a clean get away. The trail just ended about 6 feet from the fence and there was nothing else. 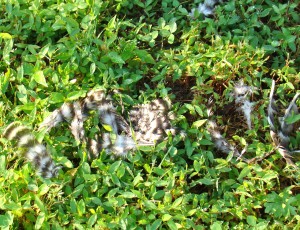 There were no tracks that I could find. (Not that I'm a tracking expert or anything.)

This time the little marauder helped himself to one of my big Buff Orpington hens (grrrrr!) and she wasn’t such an easy target. This time he dug right under the front door and dragged her out and across almost the whole backyard.

Practically right under our noses! I’m so mad! 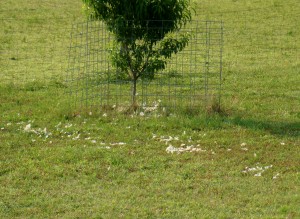 Right in the orchard!

And this time his catch didn’t cooperate. Apparently he tried to drag her through the fence and she wouldn’t fit. I’ll spare you the ugly details, but there was a lot more evidence at the scene of the crime this time. We think we’re dealing with a raccoon or a opossum. We’re not predator experts, but this time we’ve got tracks to look up.

This time it also cracked and ate a bunch of my eggs. Oh the nerve!

Keep coming around and your days are numbered, mister.