Our air conditioning hasn’t been working. It didn’t seem like that big a deal a few weeks ago when it was around 80. Really, with our porches to shade the windows and our ceiling fans running, we were just gonna tough it out for a while and save some money on the electric bill.  I mean, it was only May and we can handle 75-80 degrees with a breeze and with it cooling down to 60s in the evenings. We’re tough.

Last week every day was over 90 (plus the heat index in triple digits!). The house was running about 3-5 degrees cooler than outside (if we were lucky). So, every couple minutes I would actually go sit on the 97 degree porch just for the cooling effect of walking into the 94 degree house. 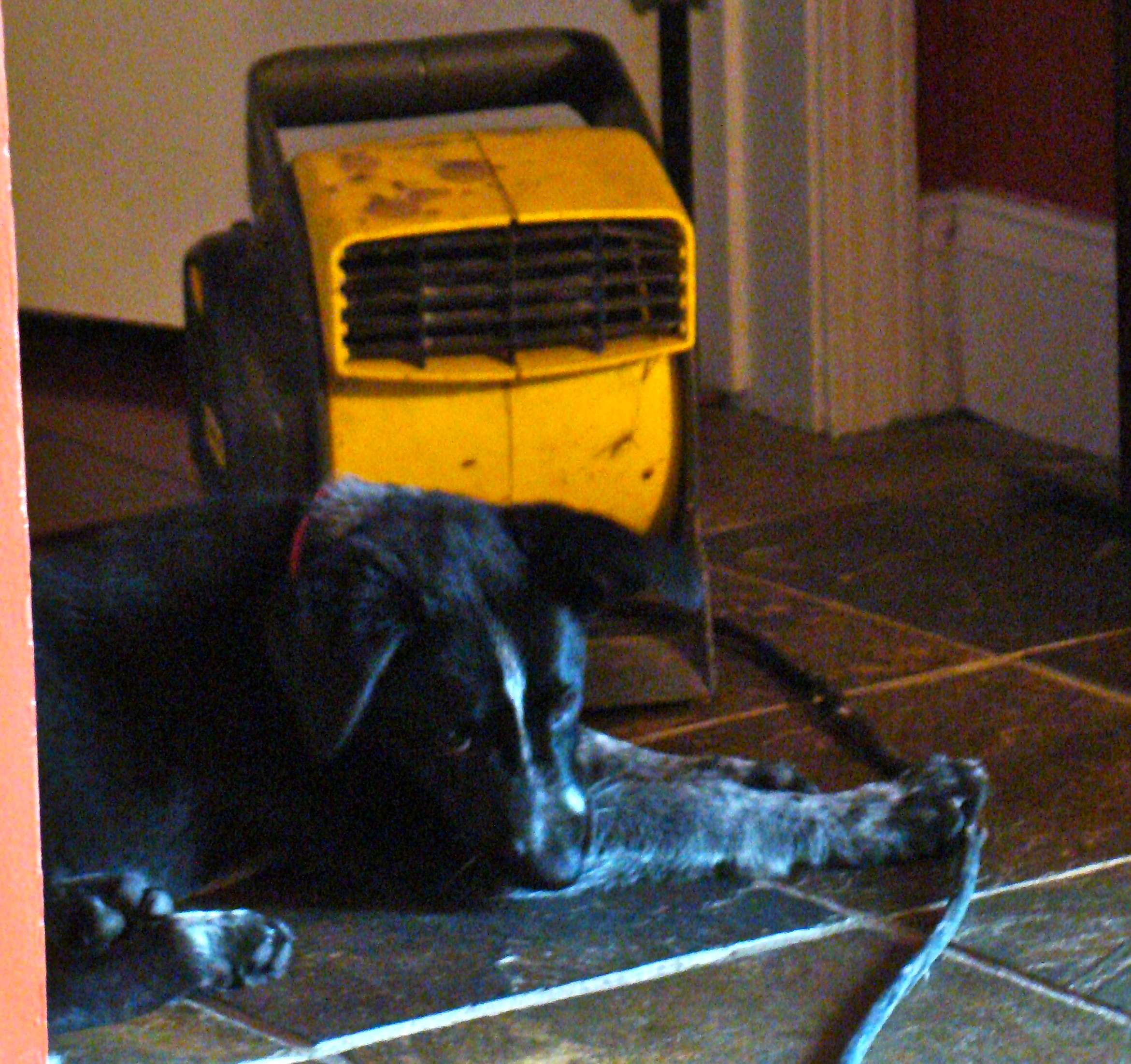 Penny knew just where to set up camp.

Just like any other home improvement project, this one has been a convoluted tale of divergent resources–first finding the time…then the money…then do we have the time…then wondering if this is a priority for that money right now–which became a moot point when it hit 92 degrees in the house!–then back to poor Mr. Fix-It finding the time.

But it’s barely been getting below 80 even at night for the last week and none of us have been able to sleep well. (Except for the Ladybug on vacation–boy was she in for a miserable surprise coming home!) There’s been sweating and crabby-ness and prickly skin and fussing and whining and misery…

But Mr. Fix-It fixed us up Friday evening. 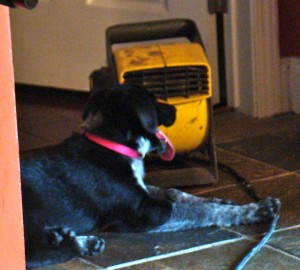 She's got the best seat in the house!

He went out there and…did whatever he did…and we were down to 81 degrees by 9 pm on Friday night. When he got home from his last job that night at 12 (yes, that’s 12 am  Saturday morning) we were at 75. It was heaven!

Can I just brag on my husband for a moment? This weekend he was on-call for work and had to go in every day. He got home on Friday at 6 and fixed our a/c then got a call and worked until 12. On Saturday he got up, cut the grass, and started replacing the brakes on the GMC, before he got another call and worked until 9:30 pm. He got up on Sunday, worked on the truck some more, got a call, then came back and finished replacing the brakes on the truck and fixed a flat tire.

What did I do? I loafed around in the air conditioning cleaning the house, sewing, and watching the kids, who were also loafing around the in the a/c.

He fixed our a/c, then worked out in the heat all. weekend. long. That’s some serious Family Provider commitment there!