Some chores around here don’t change, even if we have company or we’re having a par-tay. Like feeding the chickens. Mr. Fix-It and I handle the big bags of chicken food, but the crew is responsible for feeding all the scraps every morning. This past weekend was no exception. 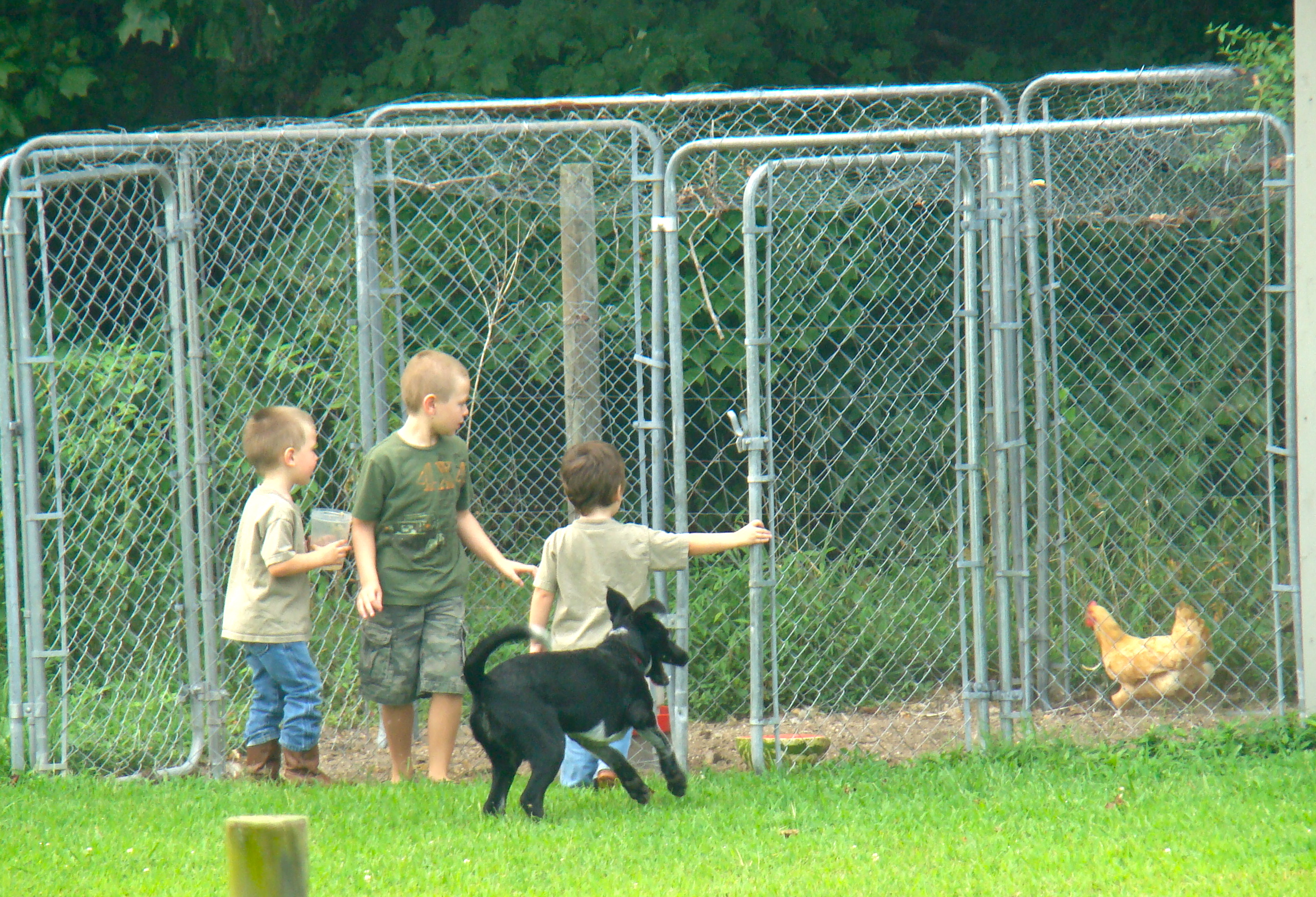 The chicken pen door is a little tricky. You have to open it outward or it gets stuck in the roof wire. 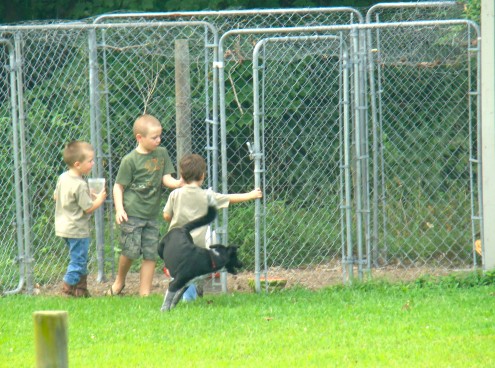 Chickens just have no sense of "freeze." They always squawk and flutter at the worst moment!

With the door wide open.

With the chickens fluttering around. 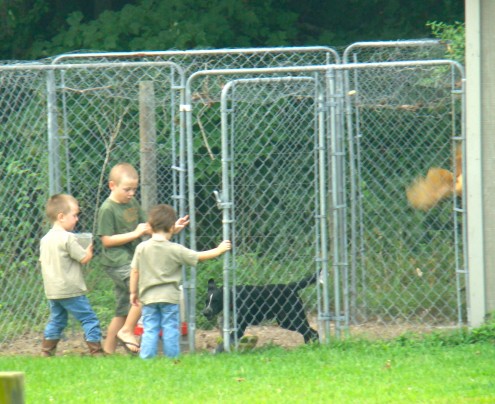 Do you see Speedracer just standing there with the door open in every. single. picture?

She blasted in and out a few times before Mr. Fix-It headed out there to get control of the situation–which by then included having chickens out.

I had no idea I would catch all this drama when I first headed out with the camera. 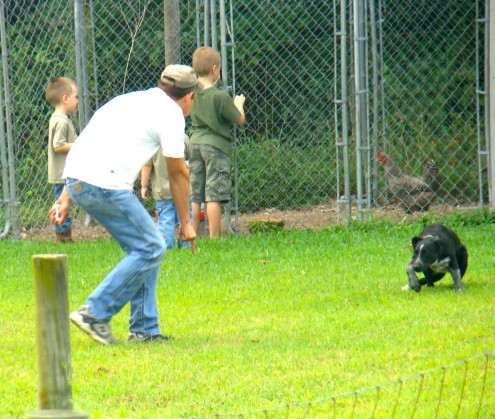 Do you notice the hazy gray overtone to the pictures? Sort of like it’s really overcast? It’s the smoke from the Great Dismal Swamp fires that are about 30 miles away. Saturday it was so thick and heavy it even made our clothes smell like a campfire when we were out there for a while. It was oppressive. 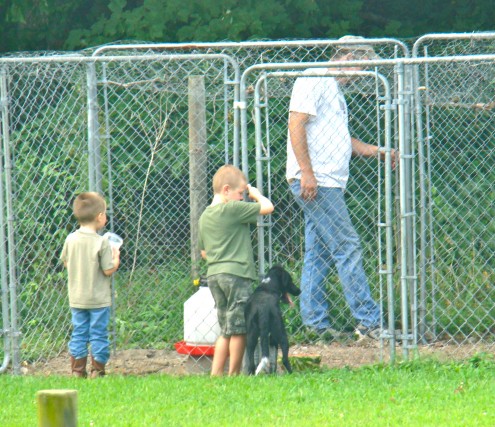 Then he had to round up the chickens that got out.

Penny just had her last vaccination puppy check up and she’s already 40 lbs! She was only 17 when we got her back on Memorial Day! We’re really happy with her and how she’s coming along as a farm dog, but she’s still very young and has a lot to learn.

So does Speedracer. But we’re gonna keep them both around for a while.