We’ve been having horse issues. {If you think, even in your wildest dreams, that you might want a horse, please read this post and keep it in the back of your mind while you’re mulling those thoughts over.}

Perhaps I should preface that by saying that we’re not “horse people.”

Which probably sounds odd, since we have two horses. 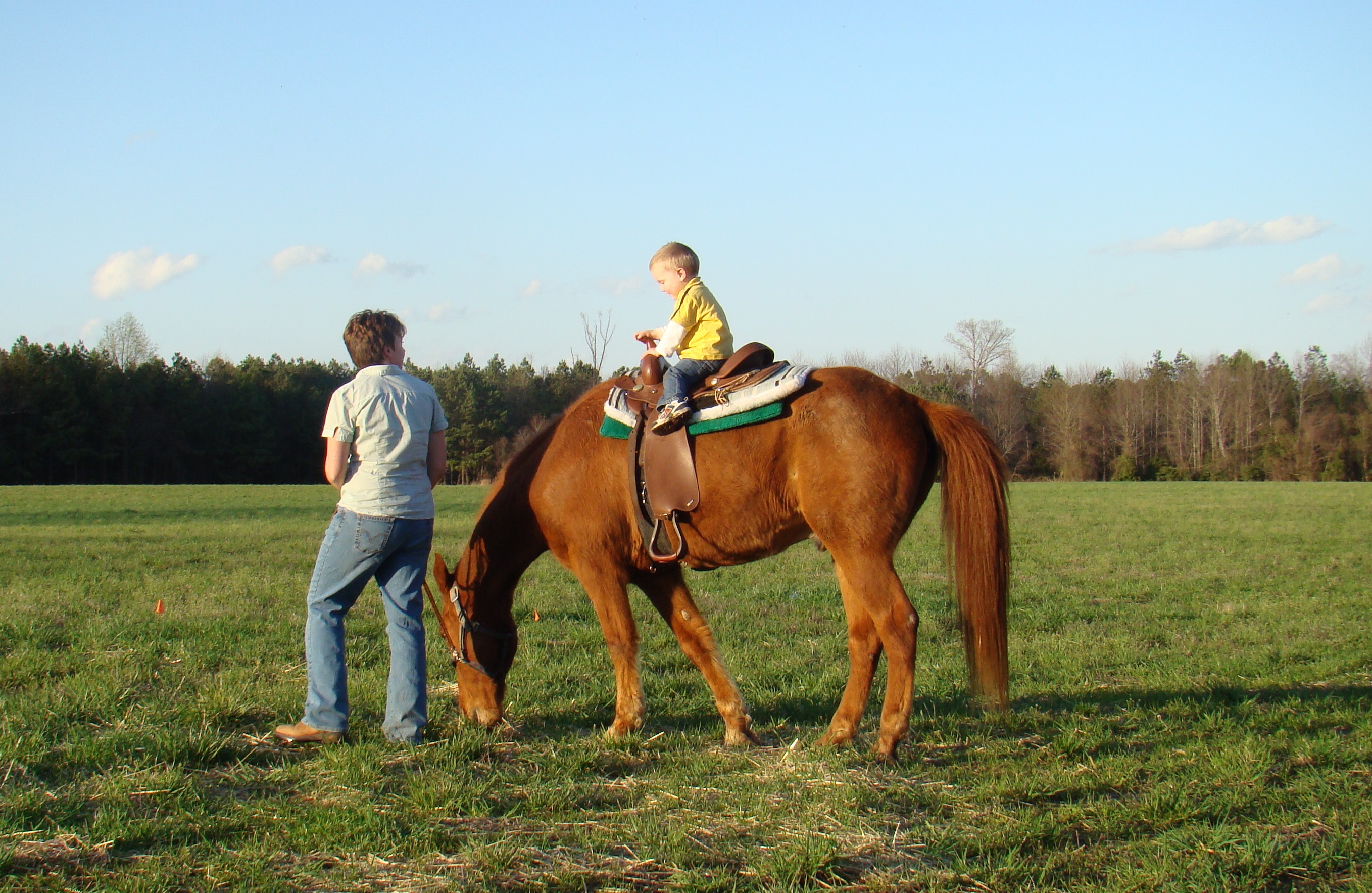 Our older (ok, ok, he’s just plain OLD) gelding, Hokie, is the epitome of the horse for not-horse-people. He’s dead broke and as safe and sound as any horse (or other animal) can be for kids. His idea of being startled is flicking his ears twice in a row. The biggest concern is that he might fall asleep while they’re grooming him and fall over on someone.

(Just kidding! But he does irritate the farrier by napping while being trimmed and leeeeaning on him…) 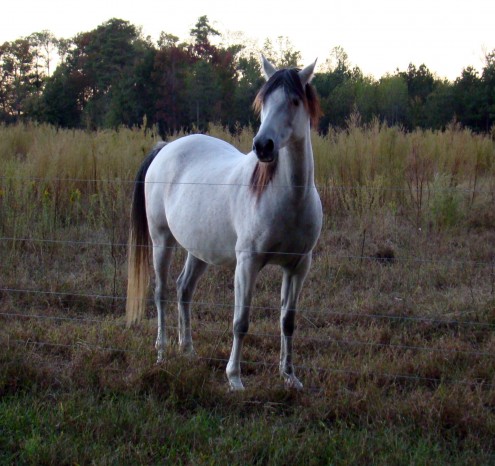 Our other horse, Hannah…well, she’s another story. She’s the epitome of what happens when you get in over your head with a horse (and then in our case, what happens when your heart leaps out in front of your brain for a muck-covered, eye-rolling, head-tossing hurricane!).

She’d be a good horse for someone that had time to give her some more training, a job, and a lot of exercise. None of which describe us. We didn’t even call her “our horse” for a long time because we took her in as a favor from some neighbors that couldn’t keep her anymore and fully intended on finding her the extra-special-horse-person described above to meet all her 1/2 Arabian, bossy mare, fight and flight needs. But that extra-special horse-person that was part 2 of our “plan” never materialized  because the economy disintegrated and good horses are a dime a dozen now. 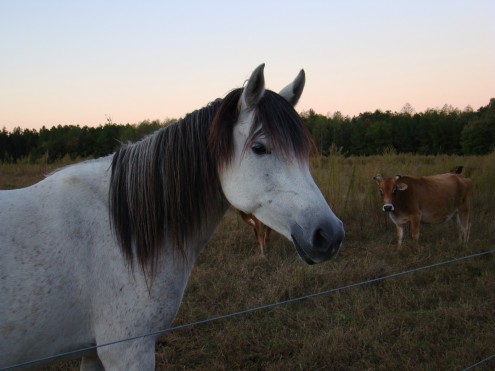 ...I adore her...She's extremely responsive to the time I have spent with her...

So here I sit with this fussy mare that I don’t quite know what to do with but I can’t get rid of. I’ve sort of put off dealing with her need for training and have just sort of waited for that super-awesome-perfect-horse-person owner to come along and answer our ads. This has not been a successful strategy.

So…I’m burning up the pages reading books and web articles about horse behavior and training. I figure I’d better go ahead and take the bull by the horns on this one and just move forward. I’ve trained dogs, I’ve trained toddlers, and I’m re-training my own strong-willed spirit…surely I can train one feisty Arabian mare! At least a little bit! 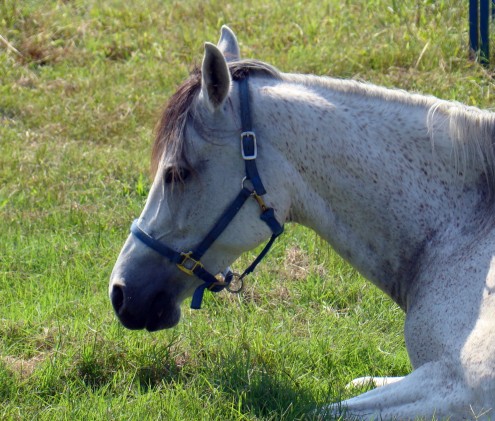 ...Time, of course, being the one thing I never seem to have.

If you have any recommended resources, please let me know! There’s at least a 100,000 different training methods, schools, disciplines, and procedures out there and they all start off by saying why everyone else’s won’t work and this is the magic one that will. There’s got to be a common denominator out there.

I’m leaning toward Pat Parelli’s natural horsemanship stuff, but if you’ve got any words of wisdom, lay ’em on me! (Or if you have any of his materials that you’d be willing to sell used because I about passed out at the prices when I checked out his website!)