We were out choring this weekend and getting all set for breeding season to kick off. We’re working on moving and separating and regrouping and culling and marking and yip-yiping, and then shuffling water buckets and hoses and feeders around to match up with the new lay of the land. 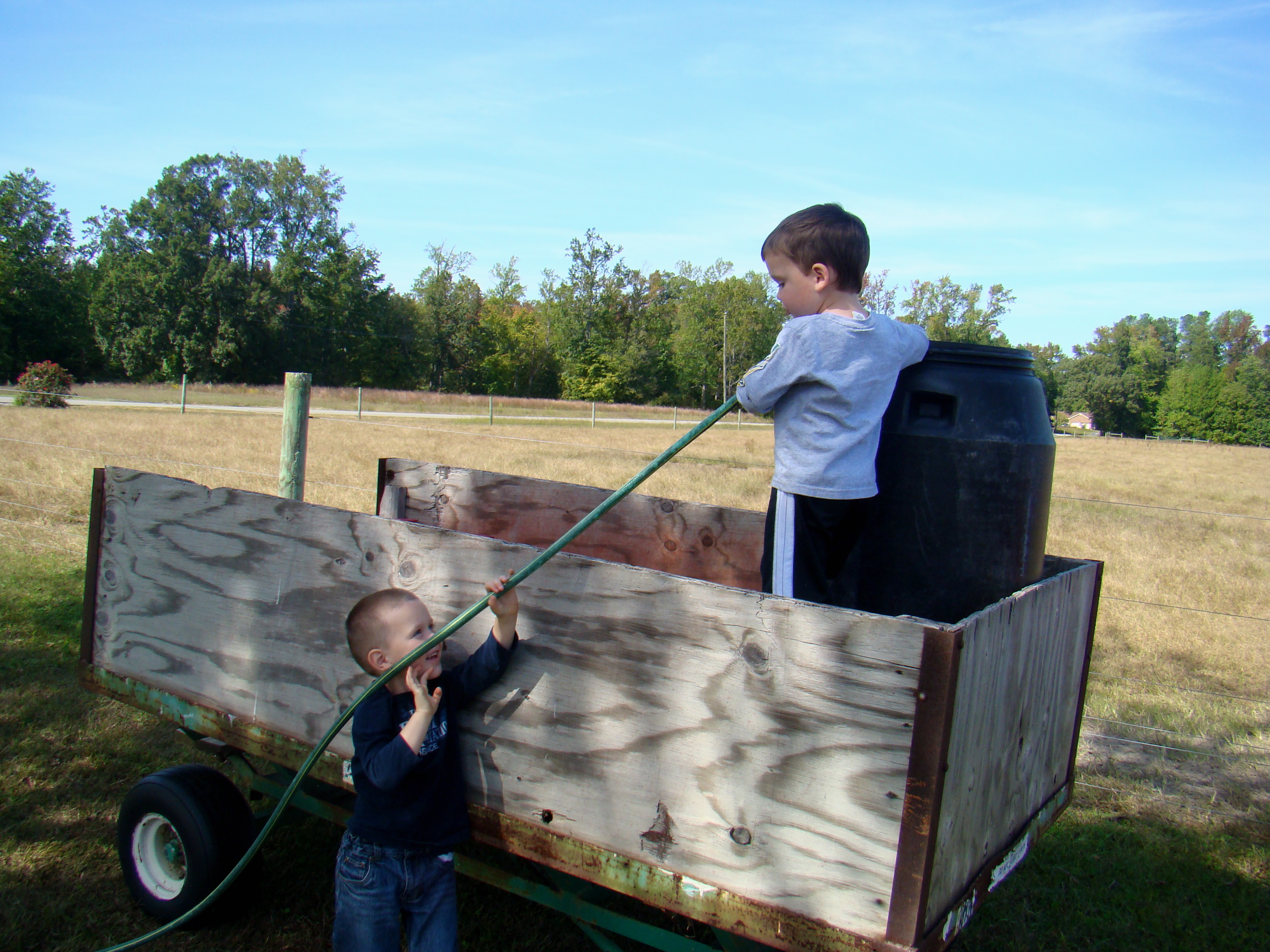 Our boys worked like a well-oiled machine to fill the water tank.

I was pleased to see that breeding season has officially kicked off for our sheep and everyone seems to be out there doing their job like they’re supposed to be. We had some concerns about our ram, Tiberius, when he was younger. He didn’t seem overly motivated by the ladies. That’s not a great trait when your only job is to chase the ladies. 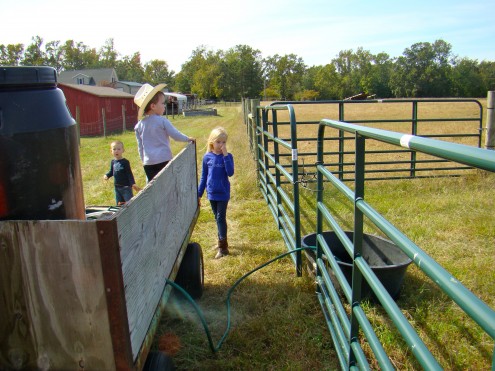 This brilliant water-tank-wagon is yet another useful farm contraption devised by Mr. Fix-It.

We cut him a break because his first year out here he was just a yearling and our other ram, Ozzie, took his job very seriously. He clearly didn’t think Tiberius was up to the task and spent an entire breeding season crashing through fences and taking care of business himself.

And Tiberius let him without a fight or fuss. That had us worried a bit. I’m not a fan of rams crashing through fences, but I’m also not a fan of a ram that will let anyone just waltz on in and take over his flock. Like I said, his only job is to chase (and catch) the ladies. He definitely seemed a little too nonchalant to us the first two years. 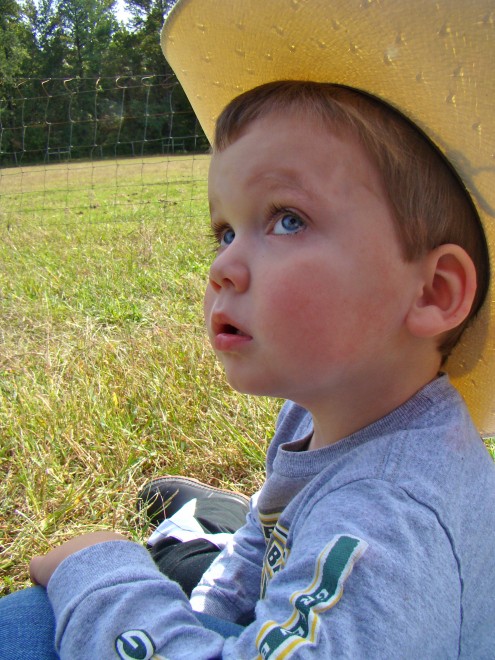 We sat down and watched our sheep together while the bucket was filling.

But when we sold Ozzie to a different farm, Tiberius rose to the occasion and now seems to be doing just fine. He was out there this weekend chasing his ladies. He’s still a bit flighty and not our favorite sheep on the property, but he’s doing his job. He produced some really nice lambs this year. 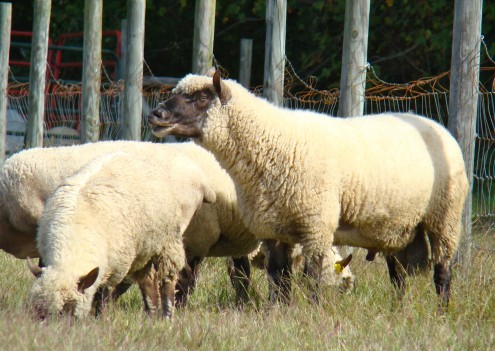 This is Tiberius. Rams curl their lip up like that when they smell ewes in heat.

I do miss Ozzie though. He was a great ram. He took his breeding job seriously, he took protecting the flock seriously (much to our dogs’ dismay on occasion), and he was generally an affable character otherwise. Friendly without being pushy or aggressive. Calm but very intelligent. And he was a surviver, living through some traumatic injuries even when the vet sort of gave up on him. 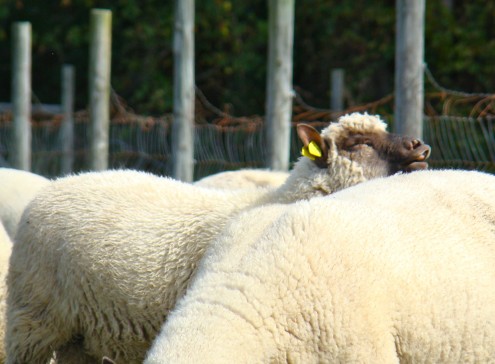 Here's another lady-lip, but this youngster won't be getting any action this season.

We’ll be on the hunt for another ram next year. Hopefully we can find a personality we like a little better. It might be all about the lamb chops for the consumer, but we have to live with the lamb-chop-producers day in and day out. Personality matters.

What were you up to this weekend?  Do you have today off?