I mentioned the other day that we’re working on a float for the Christmas parade. Well, we got a big box of costumes from church as part of our “time period” focus for our manger scene. 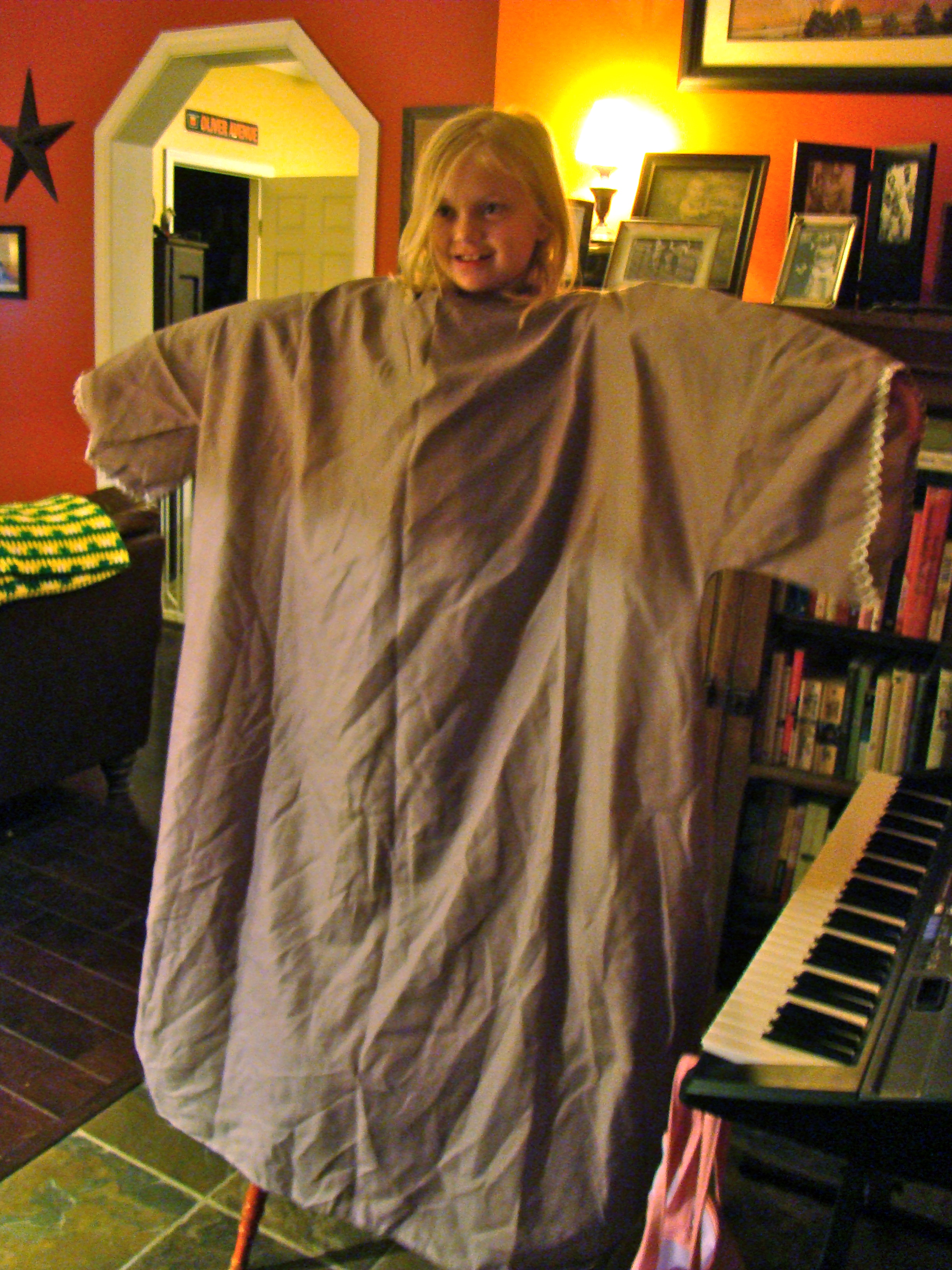 I think a few modifications are going to be in order.

Mr. Fix-It pointed out that all they have to do is sit there and sing, but even the smallest one was so bulky that Speedracer almost cried when I made him try it on. There was so much material gathered into his belt he couldn’t move his arms up and down. 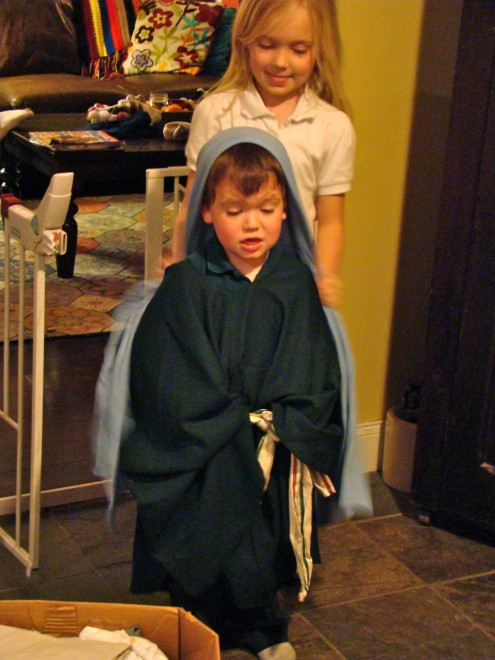 He did not find this dress up party funny.

So while the Ladybug enjoyed some dress up fun… 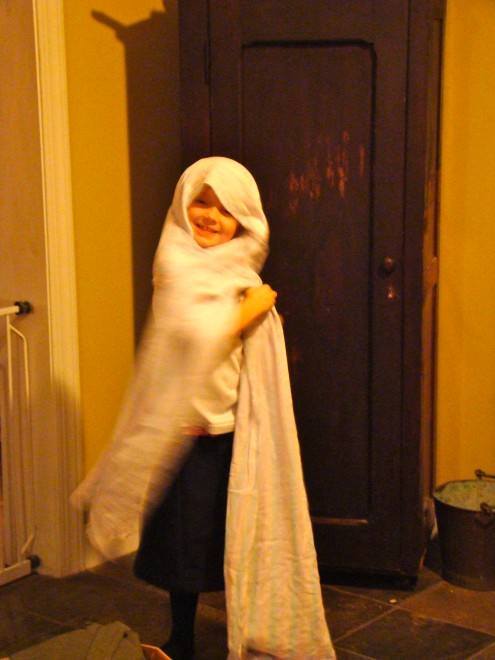 This girl makes me smile.

…I examined the costumes we did have and determined that I could do that. (Look at me, Ms. I-Can-Sew, right?) They’re not that complicated and they’re not fancy or anything. The kids are going to be wearing them on a float out in the middle of the street, driving by–and people that would be that critical should just go home and have another cup of coffee anyway! So I got out my scissors and some simple broadcloth and got to work. 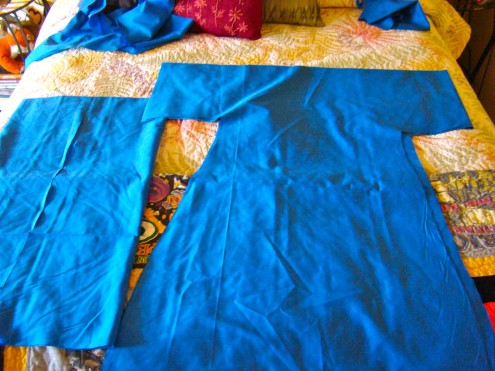 I’m trying to come up with something that’s a kid-version of universally sized. Hopefully they’ll be a little big, but not so huge that they’re completely unwieldy. 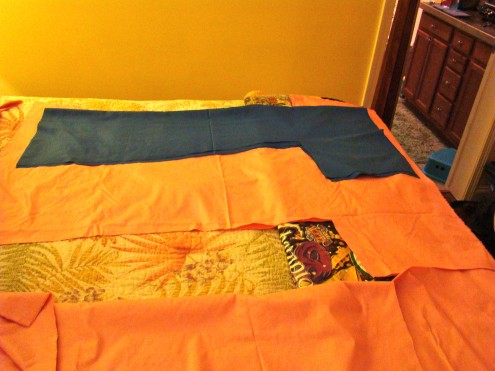 I didn't measure a thing, just sort of eyeballed off the bigger ones.

I’ve got 3 sewn up and 3 more cut out to be sewn. It looks like they’re going to work. I wish I had made them a little wider in the chest/underarm area, but hindsight is 20/20, right? They’ll definitely work for this purpose at least. The arms also ended up a little shorter than I would have liked, but I was trying to get the most out of the fabric I had and I thought we could sacrifice there. 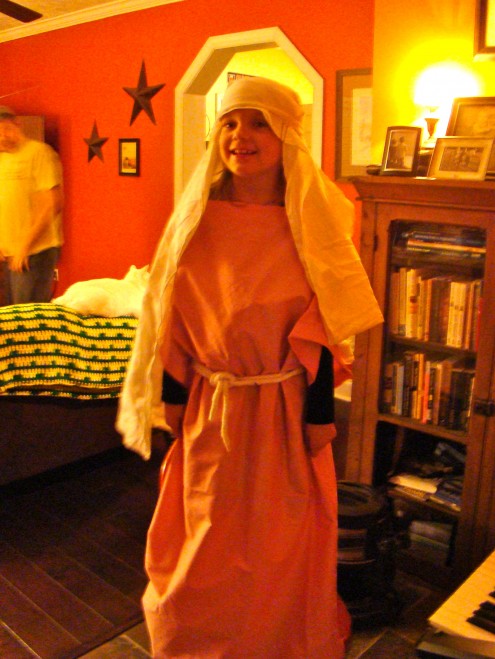 They’re very simple. Just two pieces–a front and a back–sewn together with the neck, arms, and bottom hemmed. I have visions of adding ric-rac or glitter or even just seam binding to make them pretty, but it probably won’t happen this year, since I have to have them all finished by tomorrow morning. {grin} 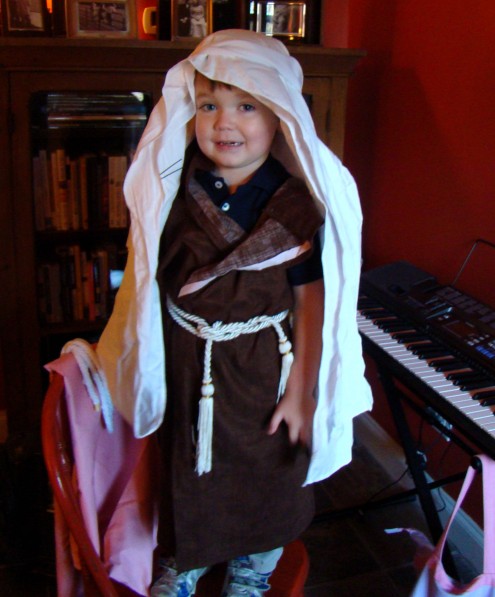 I adore this little ham!

I also made two “vest” robes out of smaller material pieces. These didn’t turn out as well as I had hoped and I might modify them by sewing the fronts together and making them a “dress robe” without sleeves instead. It’s a little tricky without a pattern or much time. I’m also trying to get the most out of some big scraps I have and putting those together with the church costumes that we can make work.

Pray for us. We hope it will be a great morning and that our float will remind everyone that Jesus is the reason for the season, rather than Santa Claus.