What spring time week would be complete around here without a little lamb drama?

You may remember that I had just a few ewes left that hadn’t lambed yet. A small group of 5 first time momma’s or culls that didn’t sell last year. We knew out of everyone that they would mostly likely be the ones to have trouble. I guess 5 out of 17 isn’t bad. The first 12 really did go off without a hitch so I shouldn’t complain.

Then we had one go late that seemed to forget about her lamb. But we got her straightened out. We had one that had a stillborn and we don’t know why, but the mother seems ok and there’s nothing we could do about it. And we just had Washtub Willie and his twin (who seems to be thriving now, thankfully, although it still hurts my heart.) 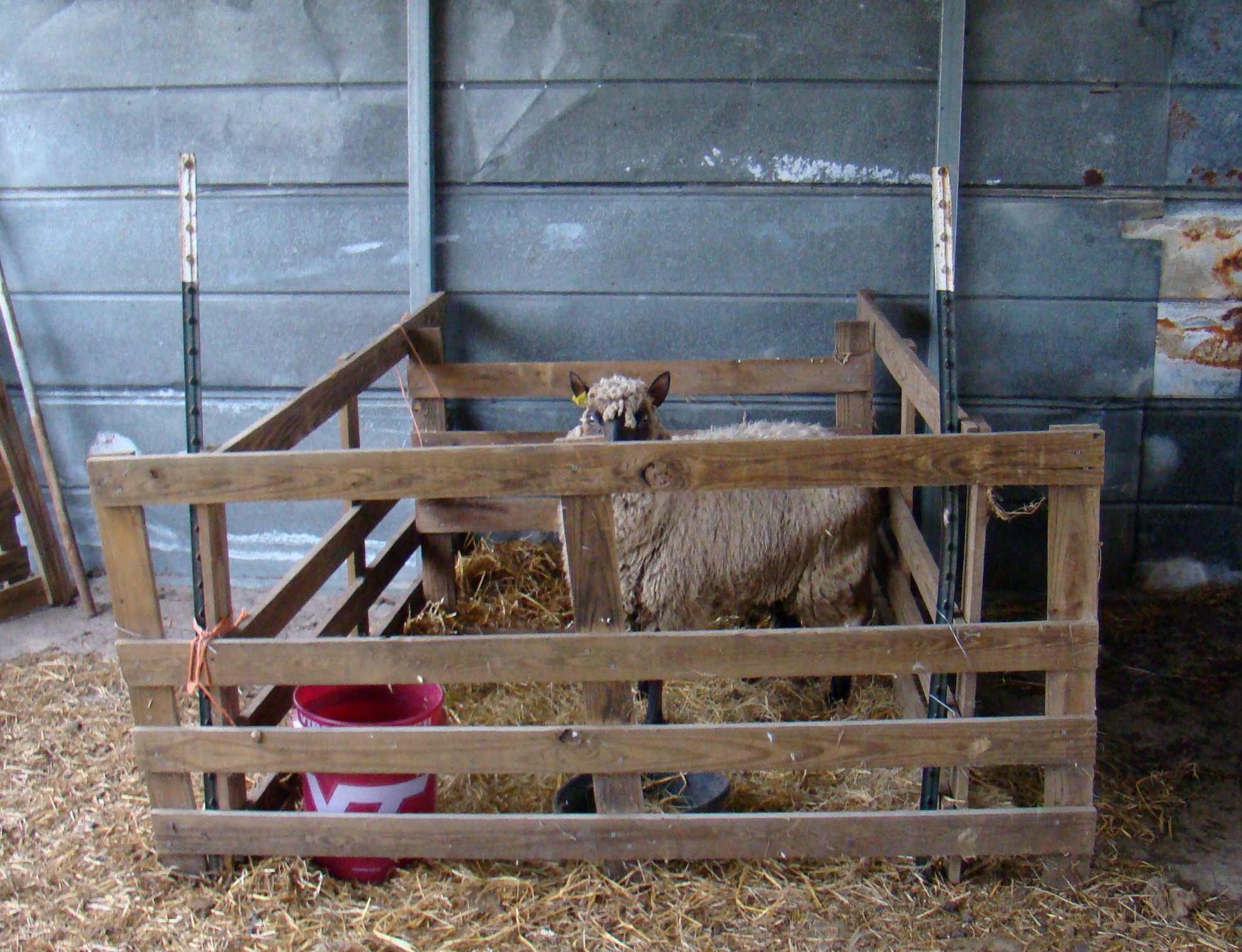 We use panels that Mr. Fix-It built a few years ago to make whatever size and shape pen we need for problem animals.

Tuesday evening I was driving past our pasture with the boys and saw a little lamb all alone out in the middle of the field–no momma in sight. This is the problem with lambing on pasture–if you have a problem, is a much wider area to control.

So I hustled the boys inside to change clothes and we headed out to the pasture. After scoping out the situation, it looked like the little guy (another boy!) was pretty healthy and vigorous. He was stumbling around the tall grass bawling his heart out for his momma, who was nowhere to be seen. The rest of the flock was all laying under the shade shelter together.

Meanwhile, my own boys had started wrestling each other in the dirt. 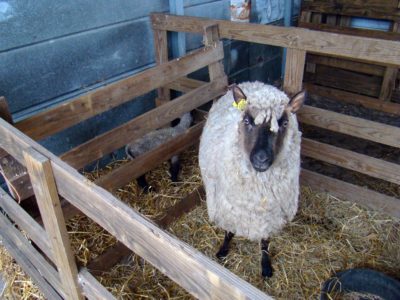 In this case, we put one in the back that’s upside down so the large gap is at the bottom to give the lamb a safe place to retreat if necessary.

I floated around looking everyone over. It took me a while to pinpoint which ewe it was. Sure enough, she had a faded green X on her side from being marked as a cull last year. She wasn’t even so much as flicking an ear when she heard him bawling and acted like she didn’t even really see him out there. He didn’t know what to do and was running after anything in wool that walked close enough that his baby eyes could fix on it.

Meanwhile, my own boys were jumping a sinkhole and throwing grass at each other. 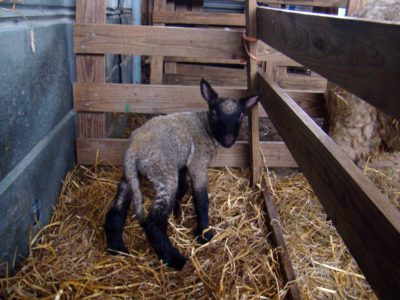 He’s got plenty of room to come and go if he needs too.

About that time Mr. Fix-It showed up with the Ladybug after piano practice. We handed the little guy off to the Ladybug (man, I wish I had a picture of that!) and the two of us played border collie for a while. We managed to separate the ewe from the flock and work her back over to the small fields by the house.

Meanwhile, my own boys were running back to the house, tripping and shoving each other, and daring each other to touch the electric fence. 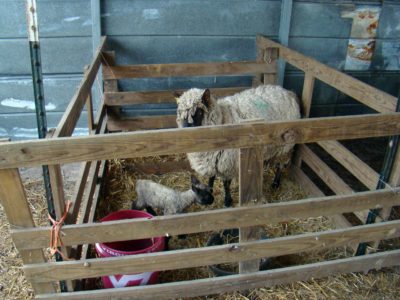 We can tie or wire the pens together temporarily, or screw them together to be more sturdy if it’s needed.

We penned her and the little one up together but she would head butt him off any time he tried to nurse. Mr. Fix-It got out our shearers (electric clippers) and shaved back all her wool under and around her milk bag to make it easier for the little guy to find his way around under there. Then he held her up against a corner while I got down in the straw and helped the lamb set up and made sure he latched on a few times to get that precious colostrum. 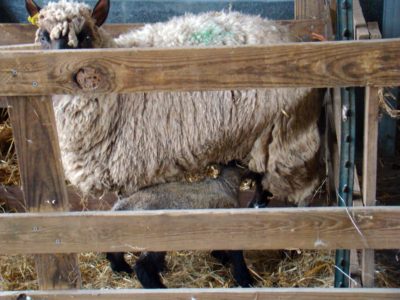 Meanwhile, my own boys were upstairs sneaking toys from the playroom to throw at each other in bed because they knew we were outside and had clearly forgotten that all the windows in the house were wide open. 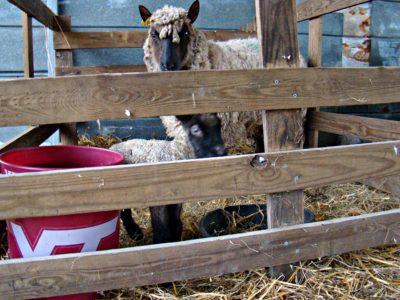 We have also penned the momma up VERY tight so that she couldn’t get away if the lambs wanted to nurse, but that wasn’t necessary this time. Thankfully.

We had to hold her still a few times that first day to be sure he was eating, but now she’s letting him nurse when he wants. She’s not showing any nurturing behavior or any real interest in him yet, so we’re probably going to keep them separated from the rest of the flock a while longer. I want to be sure he can keep up with her when they join the general population because I’m not completely sure she’ll wait for him if he doesn’t. But so far he seems to be quite sturdy.

I tell ya, there’s just never a dull moment around here.