Well, since soccer practices have started we’ve been rained out 3 of 5 times. But we managed to fit in two practices for the Ladybug and the first one for the boys last week. 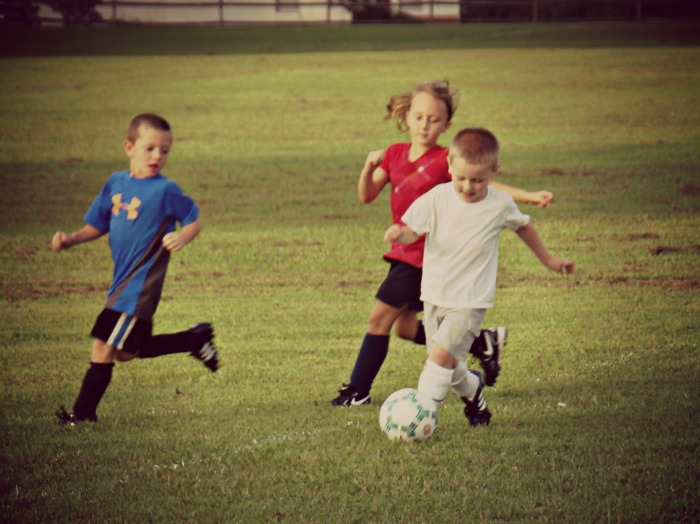 The Cowboy goes forward really well. Stopping and turning, not so much.

The Ladybug is getting it. And she’s really got heart in it. She practices at home, on the sidelines while the boys are playing, wherever. She’s got a lot to learn, but she’s definitely giving it her all. 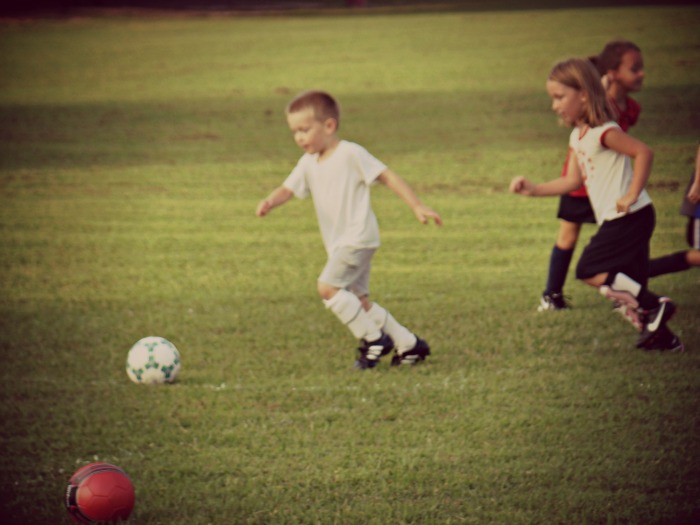 Both boys were wearing white and gray and it caused their coach some headache. We got the “are they twins” again a lot.

Speedracer is enjoying it but there’s an awful lot of running involved and he’s not so hot about that. 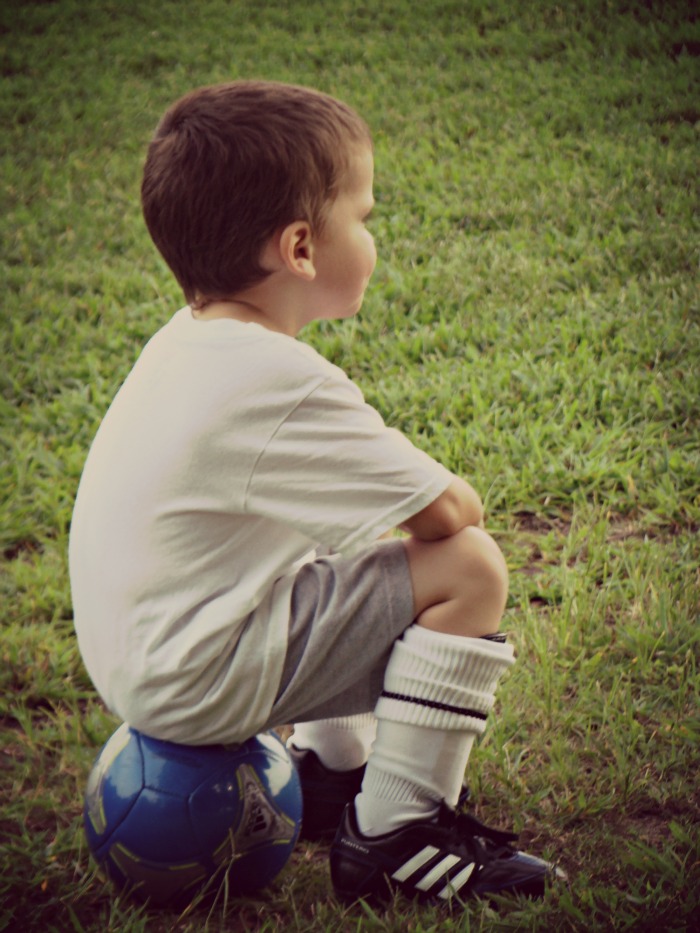 Speedracer’s all about break time and snack time.

Well, he’s in it to win it, that’s for sure. But he’s having a hard time with the concept of boundary lines. I tried to explain to their coach that they’re used to have a 20 acre field to play in, not a little rectangle. He just gave me that yeah-I’d-say-that-too-if-my-kid-just-dribbled-three-fields-over look and whistled him back. Again. 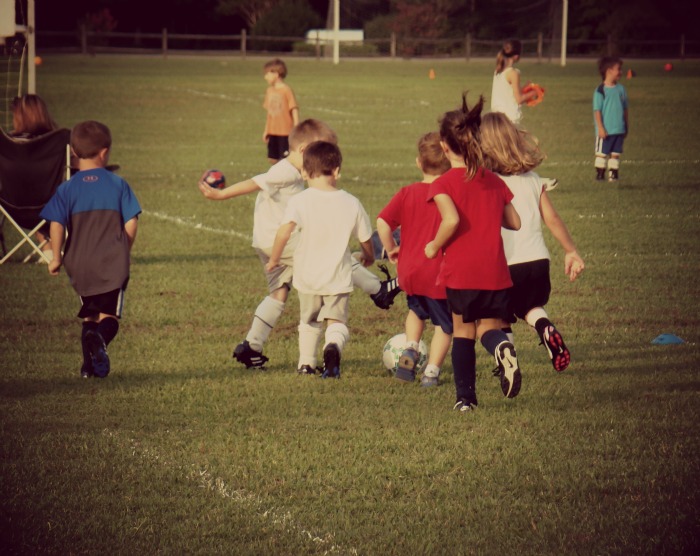 Our boys definitely aren’t shy about diving in after the ball.

They’re also having a bit of a hard time with the “team” mentality.

They seem to be playing against each other on the field and everyone else is just sort of extra. The Cowboy is definitely going to have to work on the concept of passing. 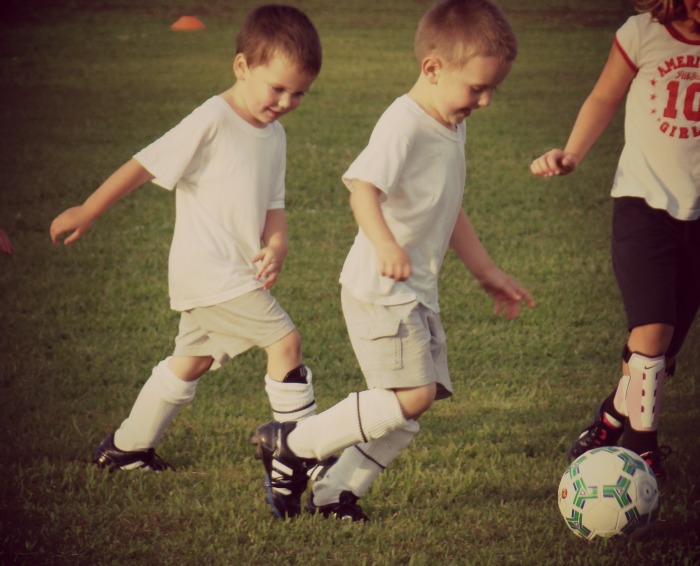 I suppose it would be easy to get them mixed up if you didn’t know better.

And they’re having a bit of trouble with the mechanics of turning and stopping. 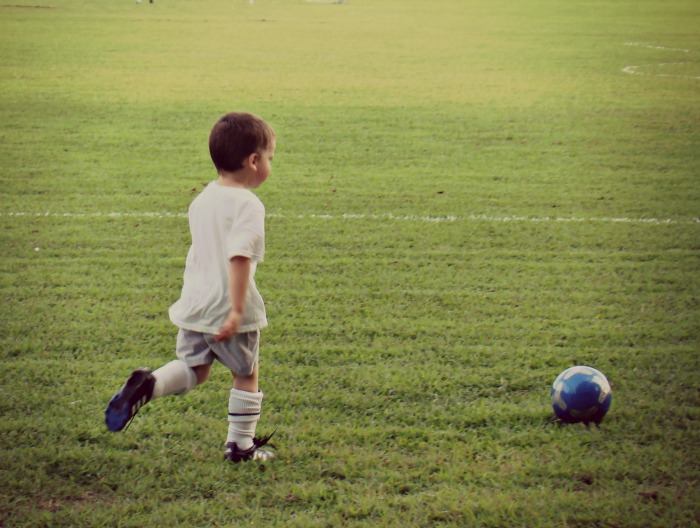 Speedracer seems to fall a lot. But it doesn’t seem to discourage him.

I must admit, I was a bit disappointed to see so many parents present, but too busy playing games on their cell phones to watch practice. I find it hard to believe that you would be burned out on watching your kids practice and play sports for 1 hour a week by the time they were 8, although maybe if you have older kids it’s all old hat.

But I think I might just take a cell-phone-free pledge when the season starts. Surely I can give them an undivided hour a week!

What’s been your experience with your kids play rec sports? Any tips for this newbie soccer mom?