We’ve had rain. Lots and lots of rain.

Most of the ditch and road flooding has receded, thankfully, but Penny still kicks up splatters when she jogs through the yard.

But there’s benefits to a lot of rain–like green grass and really, really white sheep. 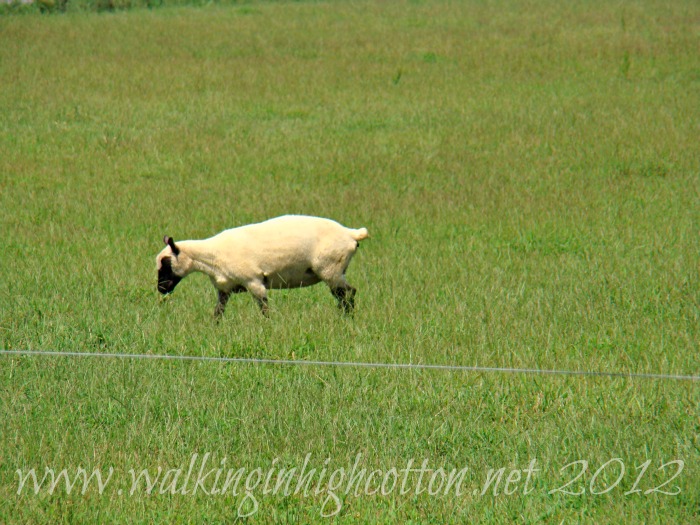 All the ewes that got sheared have been completely “rinsed” off over the last three days. There’s not much for wool for all the muck to stick to. 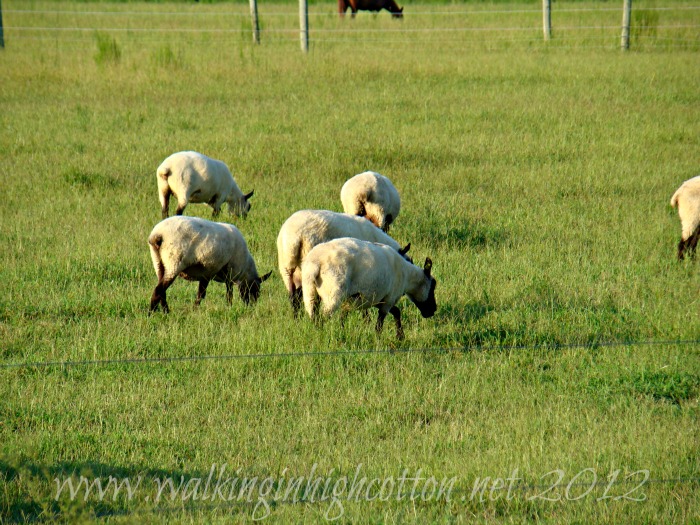 I’ll spare you pictures of what the un-sheared lambs in the other pasture look like. It ain’t pretty, folks.

What happens when we get a lot of rain is that everyone huddles underneath the shelters to get out of the heaviest downpours. Then the bottom of the shelter gets all mucked up and yucky.

Then they lay in it. 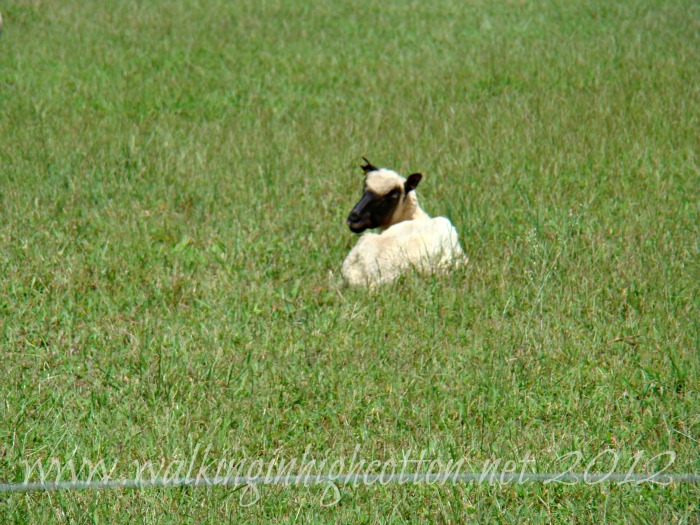 Once the ground dries out enough to get the tractor through without damaging the fields, Mr. Fix-it moves the shelters to a nice, clean, new spot. But in the mean time, they lay in the mud and it gets all smeared in their wool.

Then it dries, slowly, and turns to dirt and dust which eventually sifts out. Mostly.

But when they’ve been sheared, there’s no wool for everything to cling to for weeks and the muck just dries up and shakes right off. 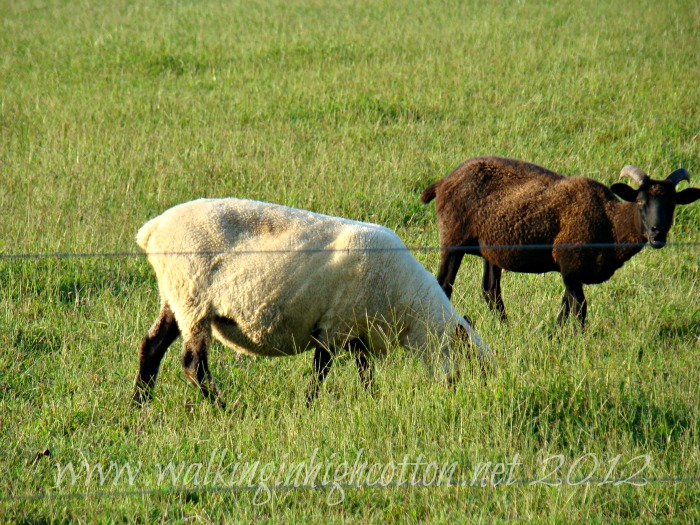 Plus the ladies aren’t as wimpy as the lambs and cows. They don’t run under the shelter at every little drop–only in the heaviest parts of the storms.  So when the worst part of the storm passes, they head back out and start grazing again in the winding-down drizzle and that rinses them off.

They really do look kinda like cotton fluff out there! 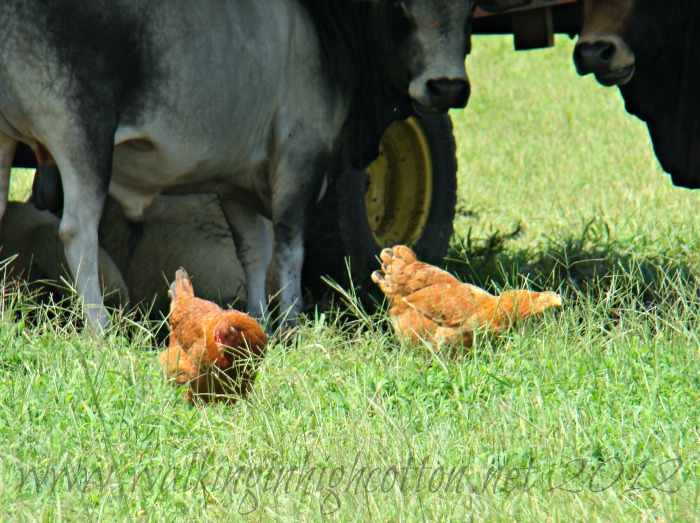 Oh yeah, and those pesky chickens don’t seem to mind the rain as much either. They’re big fans of all the creepy-crawlies that come out and about in the wet ground when it’s raining.

Now if only we could figure out how to make Penny smell better instead of worse after a “shower.”

We’ll be cleaning out the chicken coop and starting to prep for this winter over the holiday weekend–how about you? Any big plans?