What’s a week at The Lowe Farm without a little livestock drama? Especially with the cows.

Can you see the trouble brewing out there? 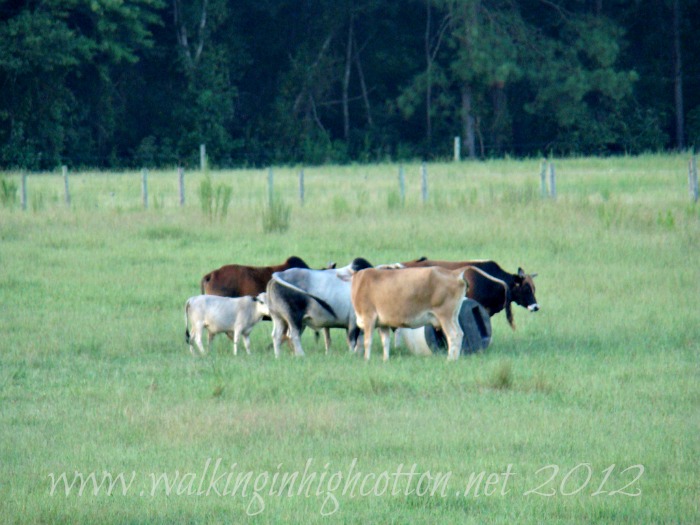 We pulled in the driveway the other evening and the cows came trotting over to the fence line to wait for the Cowboy to fill their water bucket, as usual. While they were milling around someone knocked over the big white sheep water-er which was also apparently empty.

We headed inside to unpack backpacks before starting chores.

By the time I came back outside with the Cowboy, 2 minutes later, Molly’s half-grown bull calf had gotten his head stuck in the top of the sheep water-er. 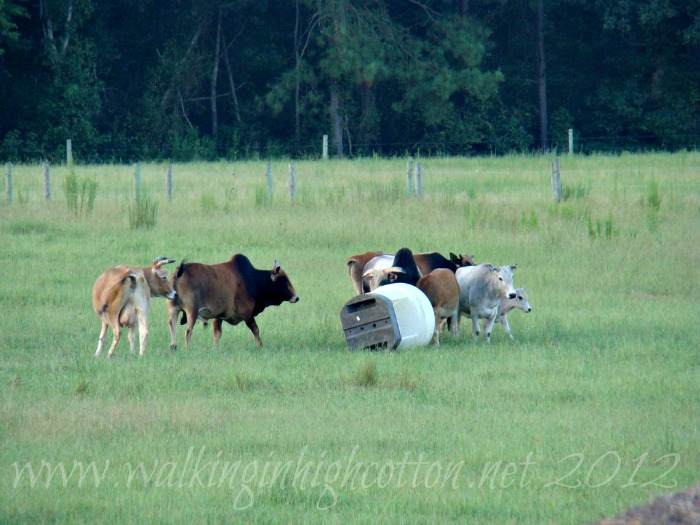 Do you see the little tan one whose head is missing?

I stood there completely astonished for a moment while he started crow-hopping awkwardly around with a giant, white, plastic water tub dragging and rolling in front of him. Molly started bawling in distress and galloping after him across the field. Which just scared him silly–more silly anyway–and then he started blindly trying to get away from her.

The sheep beat a hasty retreat to the next field and Hokie was completely nonplussed about the whole thing and just stood by the other water bucket waiting for the Cowboy. But our whole little cow-family-herd was up in arms, galloping and snorting and fussing right along with the poor guy.

The bulls were getting especially worked up. Annabelle and Beth (the two small gray cows) got over it pretty quickly and joined Hokie by the other water trough. 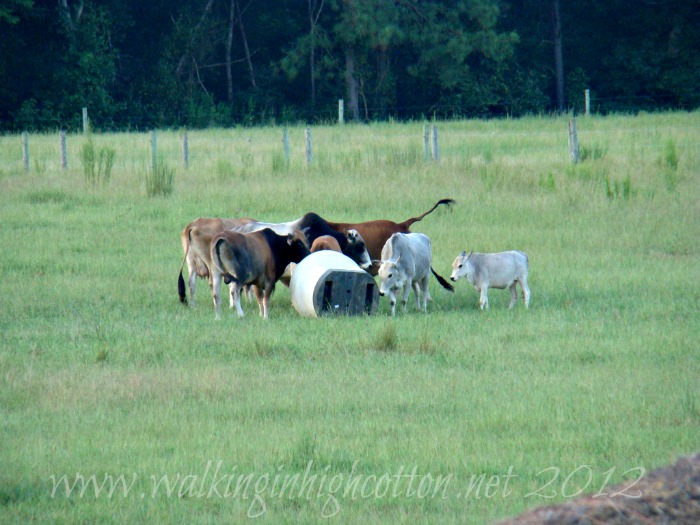 Then the Cowboy walked out and became hysterical. Literally. Tears streaming down his face in horror and crying that the calf was going to suffocate and die. I tried to point out that the water bucket was open at the bottom too, otherwise how would the water come out for the sheep to drink it? But he was having nothing to do with logic.

And I was having nothing to do with going out in that field of frantic, half-wild cows by myself.

I tried to talk to him about being calm, having self-control, and how the farmer can’t help the animal unless he keeps a cool head about things. About how, if we’re panicked, the animals would panic. (Which did seem a little silly, since clearly the cows were already panicked.)

The young bulls are easily excitable. Even though our cattle are small, a bull is a bull. 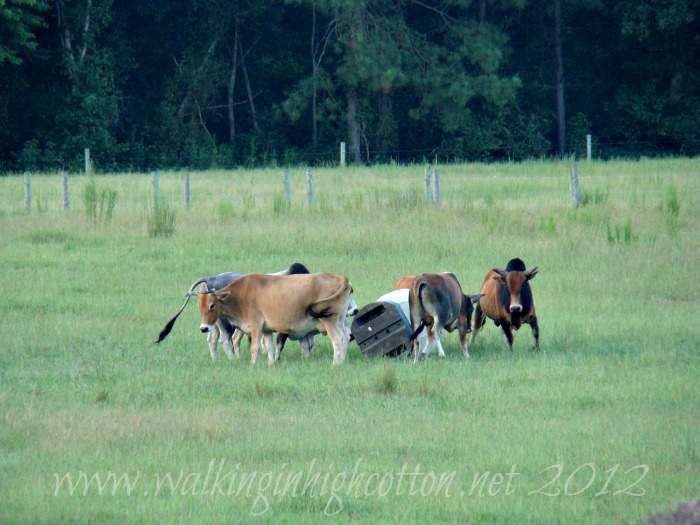 And then I called Mr. Fix-It and said, “Um, where are you? We have a situation.” (Boy, I bet he gets tired of hearing that!) We concocted a 2 second preliminary plan involving the tractor as an anchor and not getting gored by an enraged momma cow, and a 3 second plan B that involved cutting the water bucket off although how and with what was still up in the air. And he said he’d be home in 15 minutes.

I headed inside to change into my “farm situation” clothes.

When I came back out, 2 minutes later, the calf had managed to get himself loose. 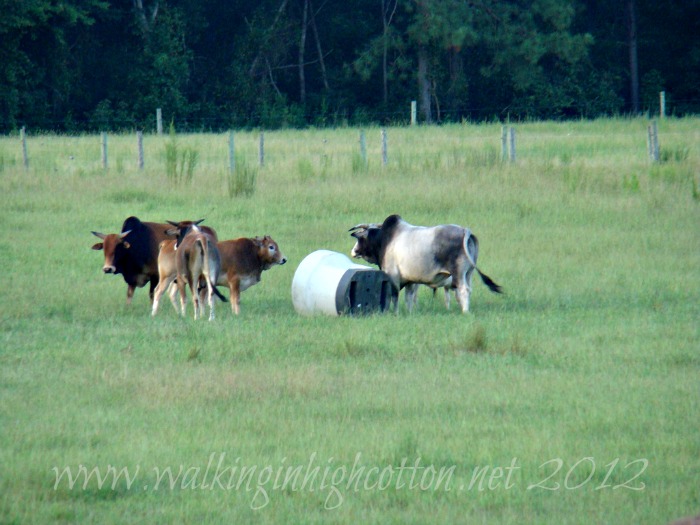 There he is, to the left of the water-er, looking a little hang-dogged about the whole situation.

And that was our 10 minutes of farm drama for the week.

What a perfect lesson for the Cowboy to see that prayer and a level head can accomplish more than running around like a chicken with your head cut off. I love how the farm brings everything into immediate perspective!

How was your week?