We’ve been watching and listening to all the politicking going on before the election and all the talk about jobs and unemployment and the middle class crunch, and Mr. Fix-It looked at me the other day and said–“We could hire people tomorrow–nobody wants to work.” He doesn’t mean nobody wants a job, he means there’s a lack of work ethic out there and people don’t want to get sweaty and dirty any more. Nobody wants “Dirty Jobs.” 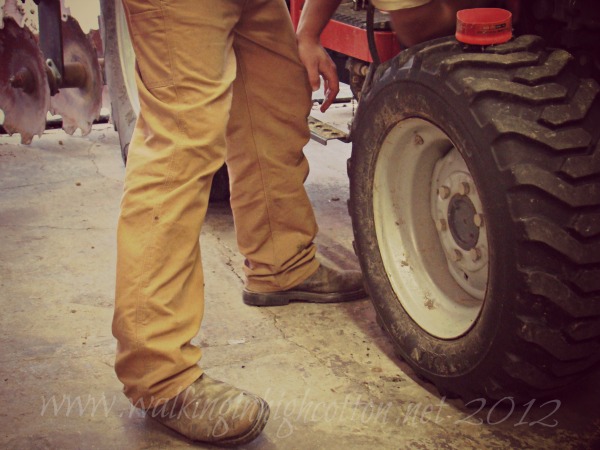 To add my own two cents, I also think we’re not doing a good job raising and training workers. Mr. Fix-It thinks everything he does is “just common sense.” It’s not. There’s a whole group of natural aptitudes that go begging for discovery and refinement within our current public education system. Mr. Fix-It struggled with academics and had a poor school record–they weren’t teaching to any of his strengths!

He’s a left-brained, visual learner with a natural mechanical aptitude. Which means he learns by seeing and doing–not reading and listening. {I’ve been reading up on learning styles a lot lately with the Ladybug’s academic challenges. I’m quite the jargon expert right now.} 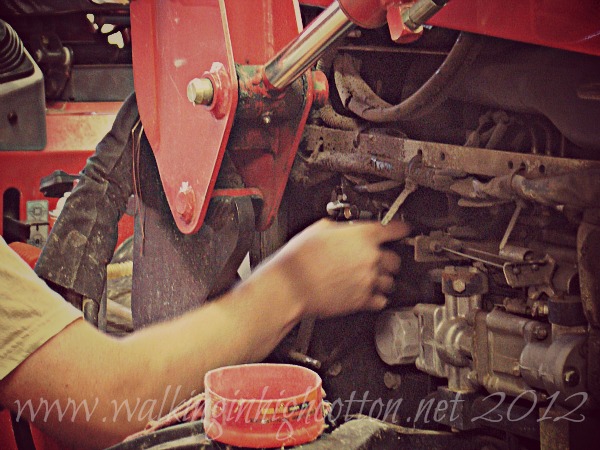 My Dad use to tell me to go to college so I wouldn’t end up having to “work for a living like I do.” Like blue-collar jobs are what you do when you can’t do something better. But that’s not true! And the trades themselves are struggling because they don’t need second-hand people–they need skilled people. Able people. Hard working people. It’s not that somebody has to do it–we need people who are good at it to do it!  And to find people who are good at it, we (as parents and educators!) need to identify our children with these natural abilities and teach to their strengths and let them excel! 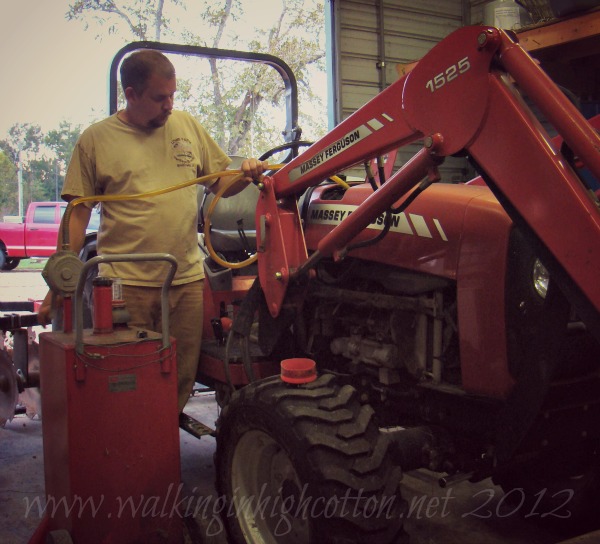 Which is why I’m SO excited to be sharing a new partnership with you! Walking in High Cotton and The Lowe Farm LLC will be partnering with Carhartt, a MADE IN THE USA company that understands what people who work need in clothes. 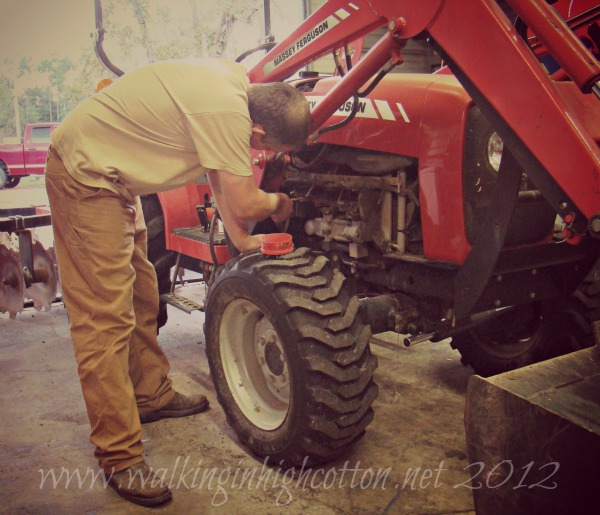 I’ve been wearing Carhartt clothes for about 14 years now, Mr. Fix-It longer than that. We sometimes call our kiddos the Carhartt Crew because they’ve been wearing it for farm work as long as they’ve been toddling around the place. (You can see them in their bibs and coats here, here, or here, to start with.) We bought the Ladybug her first pair of bibs in a size 18 months–and then the Cowboy wore them, and then Speedracer wore them, and then we handed them down to a friend at church. The only thing worn out on them was the color {grin}. The stuff just never quits!

Working with them now, Mr. Fix-It was able to try a pair of their new line of Twill Work Pants, with the double knees for a few weeks on the job. (He’s a plumber, by the way. It’s definitely a “dirty job”.) He said that he loves the double knee and they definitely fit better than his standard uniform pants. (I’ll second that one! The fit and cut are a vast improvement over those saggy, baggy standard uniform pants–at least from here!)

He did say that they’re a little heavy-which is good from a durability perspective, but can be a negative when soaked, which he is a lot! {smile} And they’re lighter than his regular Carhartt dungarees that he wears for farm work. I’ve found that they hold up well to washing, and just like their coats and bibs, don’t wrinkle much. (And if they do wrinkle, you can usually smooth it out by hand!)

I asked him about the deep pockets, because I sure do get tired of reaching waaay down in there to dig out screws and plastic packaging and copper scraps and sand (oh, the sand) from under other people’s houses. But he said he likes them deep so he can fit stuff in them without it falling out every time he turns around. And so far these seem stronger than jean pocket material–which always gets holes in it. 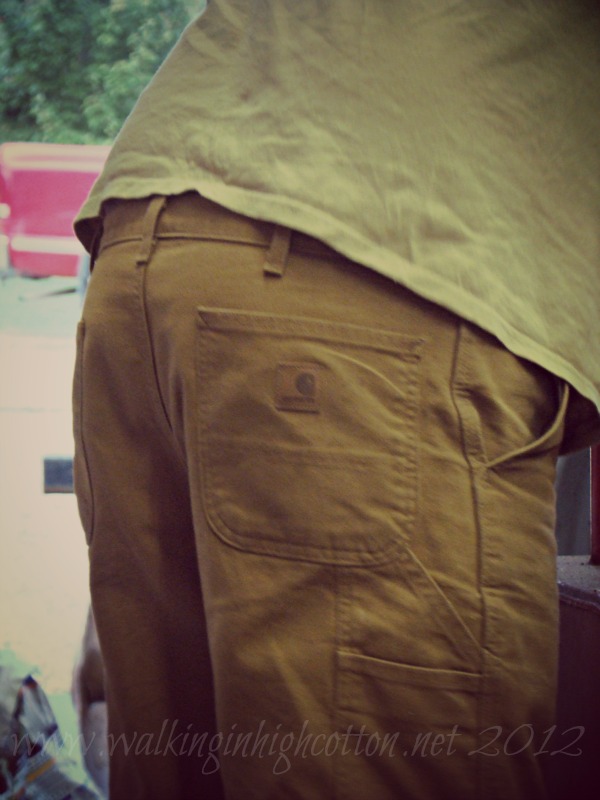 He still prefers his plain ole Washed Duck Dungarees (which I can tell by how many times a week I’m washing them!) but the Twill Work Wear is really priced well–about the price of a pair of jeans–are definitely going to last a lot longer!

Like I said, we’ve been Carhartt customers for years. Their work clothes are top quality and their company is top-notch. I got my first Carhartt coat (which was this one, back before they had a women’s line and I got a pink one) as a Christmas present from my parents when I was in college…come to think of it, Christmas is right around the corner, isn’t it? {smile}