We’ve never really had a “farm dog” around here. We’ve had dogs, and this is a farm, but none of our dogs were working farm dogs. Yankee was a bird dog and he was good at that. Kenzie was just a pet and she was pretty good at that (a small tendency toward backyard excavation aside).

But I have to admit, for being just under 2 years old, I think Penny takes the cake as a family farm dog. 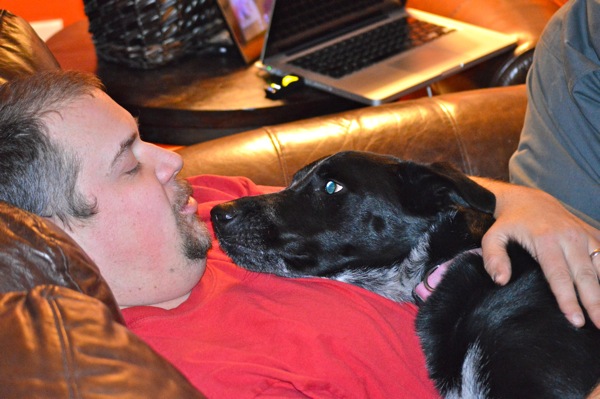 Does she need a little obedience work? Well, yes. When she’s outside responds to Mr. Fix-It fine, but not always to me.

Mr. Fix-It is of the mind that if you put too much emphasis on formal, leash-oriented, training too early you can stymie a dog’s natural off-leash ability to bond and “just hang out” or in the case of bird dogs to “run big” when hunting. I don’t necessarily buy into that theory, but I do know that you can teach an “old” dog new tricks and Penny does obey him off-leash, so I don’t necessarily mind waiting a year or two for more formal training. (We did the same thing with Yankee and he turned out fine too.) 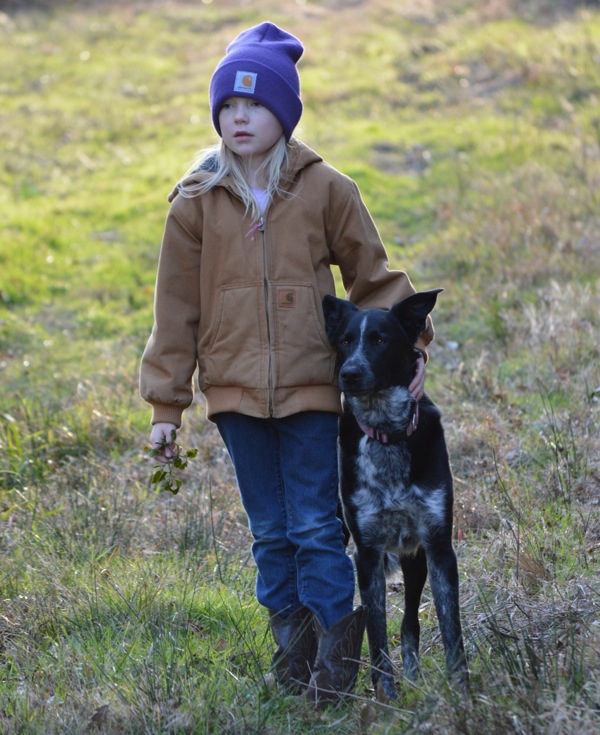 And, as if to prove him right, Penny has perfected hanging-with-the-family like no dog I’ve ever had.

Wherever the kids are, there she is. Just trotting along with them. She just tags along on all their adventures. 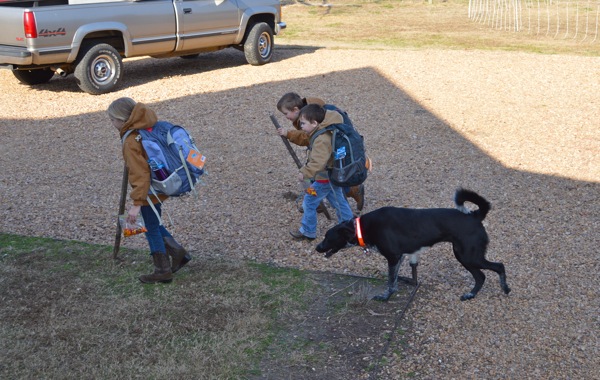 Wherever the family is, there she is. Just snoozing smack in the middle of things. Christmas morning she wasn’t galloping around crashing through things or shoving into folks. She just found a spot in the middle of the chaos and laid down. 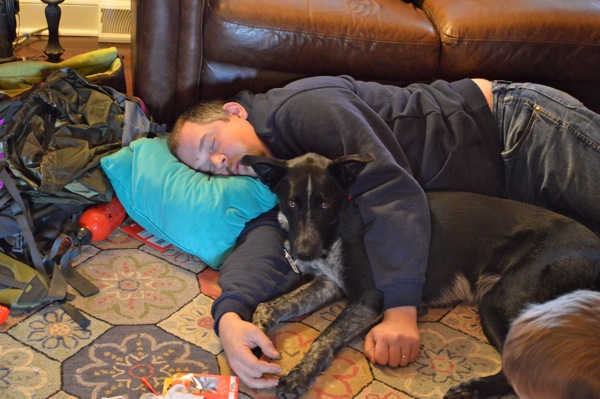 When the kids have quiet time in the living room, she brings in a bone and stretches out with them. When Mr. Fix-It’s in the garage, she just hangs out sniffing and lounging. When I’m taking a few moments to read and sip some coffee in the kitchen, she curls up beside my stool–even when her bed is just a few feet away. 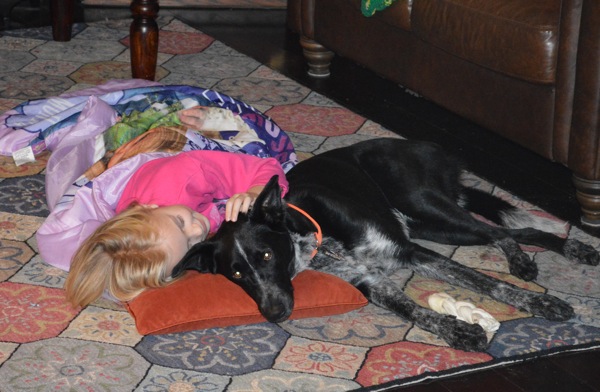 Penny has been an amazing blessing! She’s very mild-mannered and behaves much more maturely than we ever would have expected at her age–which is especially nice since she ended up being so much bigger than we expected! {grin}

She’s just fun to have around! 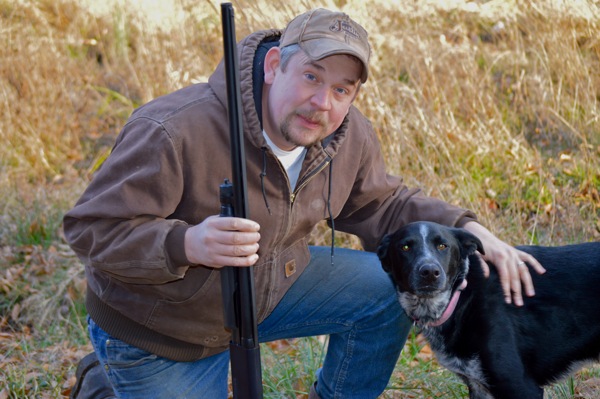 Let’s be honest–if you pick up a pound puppy, you never really know what you’re going to get when it’s grown.  Most of our dogs have been mutts. And while I think we still have a purebred Pointer puppy in our future, for now we think we totally lucked out with Penny!

If you have young children (and especially if your family is first time dog owners!) I strongly recommend that you adopt from a rescue that houses dogs in a home situation–not a kennel situation. You simply do not know who a dog is when it’s in a kennel situation and no one wants to have a biting incident with a child! I always suggest that folks go with a rescue that’s operated or sponsored by a registered breed club–almost all AKC breed clubs operate a rescue program for dogs that need new homes just as much as your local shelter dogs. They know dogs, they know people, and my experience is that they are going to be brutally honest with you in the best interest of both parties and you will be much happier about your choice in the long run.

What do you think makes up the best traits of a good family dog?