A friend and I were talking the other day about New Year’s Resolutions–and how neither of us really bothers with them, formally speaking. We both seem to sort of doing our goal-setting on a rolling, as needed, basis. But then again, when I wrote about buying gifts for other children, I mentioned that we had made the decision this year to invest in gifts for the kiddos this year that would require a lot of our time. And I think that’s sort of a Resolution in itself. This year we resolve to invest our time in our family.

Part of me thinks it’s crazy that we need to commit to more time with our kids.  Believe me, after work and school our family is always together. But I think there’s something to be said for being intentional with that time. 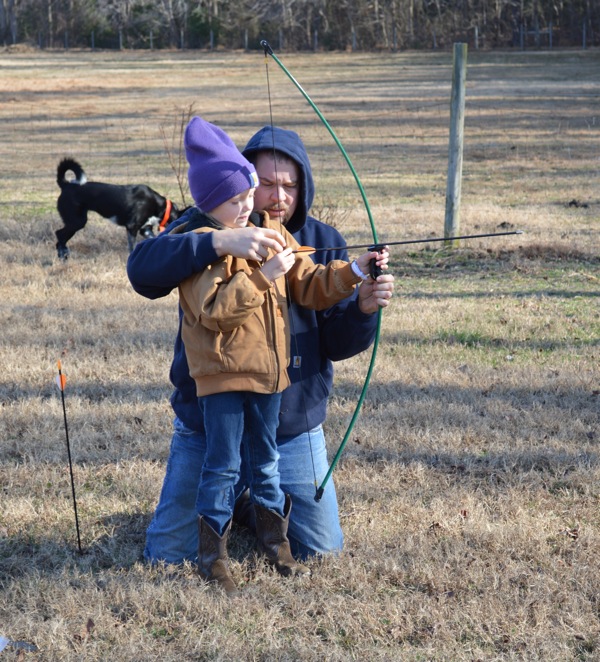 And one thing I think we’ve been seeing around here is that we don’t always get a chance to focus on each individual person around here like we’d like to. We’re doing a great job developing as a “team.” But we could do a little better in the area of developing individual skills and interests–and addressing individual weaknesses even more. 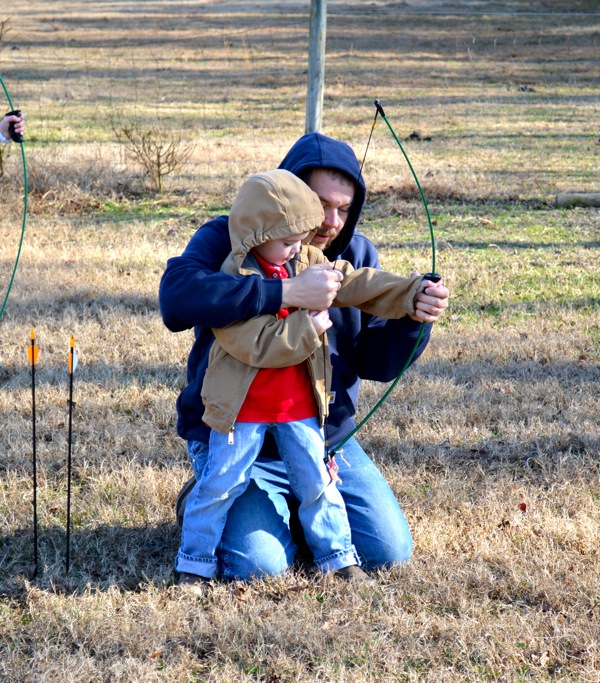 I think soccer season this fall was the start of these questions for us. How can we let everyone express themselves, while retaining our family identity and bonds. How can we let everyone be an individual, without letting the individuals take over the family? Where’s the balance? And we still think it’s found mostly in family time–but that maybe that time needs to include more recreating together!

So this year we invested in archery sets. The boys’ sets are simple 1st Shots by Bear Archery. Ruby’s set is the Bear Youth Crusader. (I’m quite impressed, by the way! Ruby’s set is perfect beginner set for 7 yr and up–all the way to me! The Sales Associate told us it’s the set he uses with his Church’s Youth Group.) It’s something that we all do together right now (lots of supervision needed here!) but everyone still gets lots of one-on-one time. 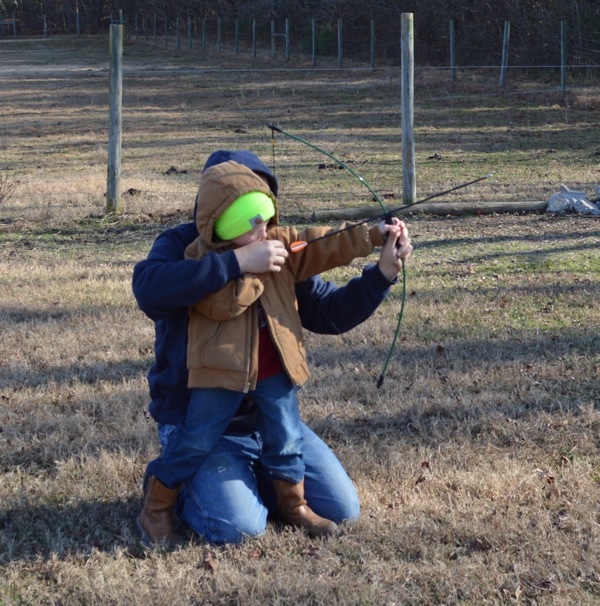 This is also something that they’ll be able to simply enjoy for a small investment now, or pursue with a greater investment later–whatever their interest ends up being. It’s something fun and wholesome that they can do with friends and visitors at the farm, and it’s much quieter than other shooting sports! {grin}

It’s something that doesn’t take a lot of set up or clean up. Mr. Fix-It put an old hay bale up at the end of the yard as a target for them. If the weather is clear, they can grab their bows and arrows and we hit the backyard for an hour of shooting. Then they just carry them back in the house and store them in the closet until next time. Nothing to it. And it’s quite fun–I’ve been posting our afternoon arrow-hunting adventures over on our Facebook page. 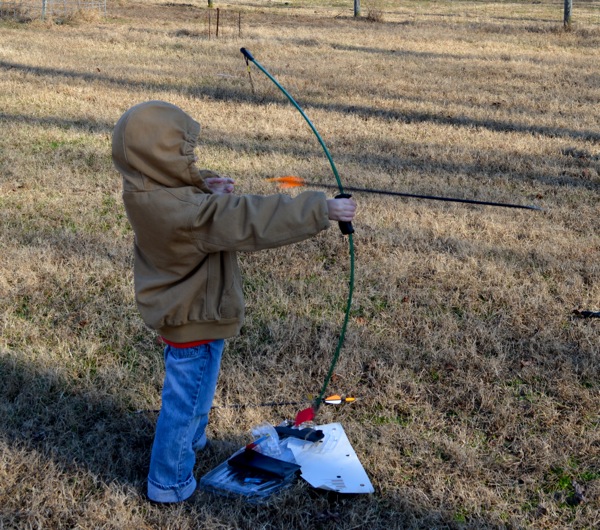 It’s also an easy way to start giving some freedoms and responsibilities. I think the Ladybug is already at the point where she could go out in the yard by herself or with a friend for target practice and be trusted to follow simple safety rules. (The boys will definitely have to earn the right to be out of my reach right now!)

Letting them go out-of-sight of the house and set up a different target would be another freedom. 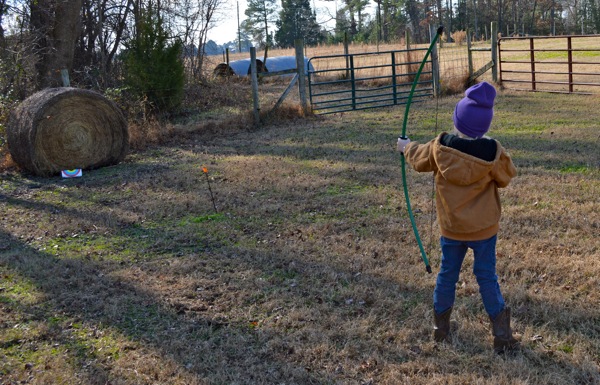 Another activity I’ll be talking about soon is backpacking. We’re going to be taking up backpacking again–with the crew. And when you’re backpack-camping, if you don’t bring it, you don’t have it. And if you do bring it, you have to carry it! A different level of consequences, but definitely immediate and significant. 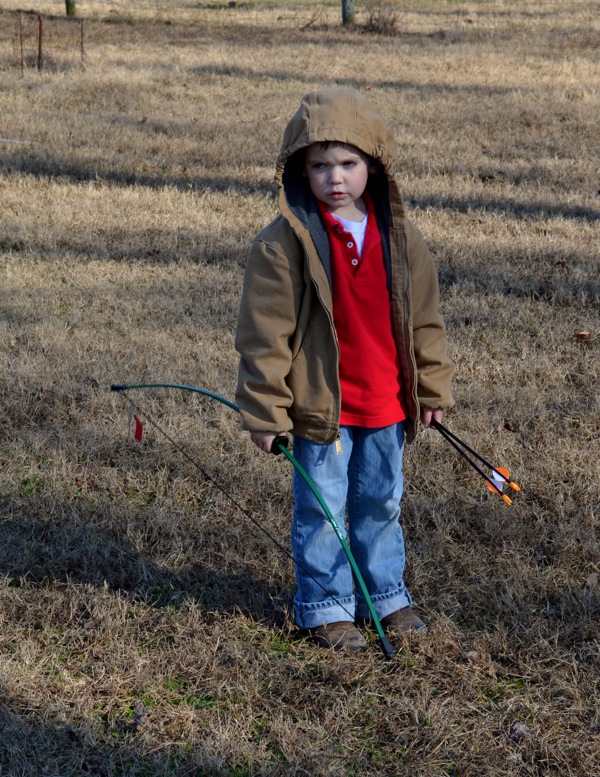 Did you make a New Year’s Resolution this year? Do you have family goals?