Well, it happens every Spring…the grass in our backyard greens up first and the sheep just can’t get enough of it. Of course, them being in the backyard also involves eating our entire garden and stripping all our baby fruit trees as well, so we usually try to avoid it! {smile}

The end of last week was spent with my little one fighting the stomach bug, so I was home on Friday at 2:30 when the sheep all started hollering. That’s kinda odd unless they think they are going to get fed…so unless a stranger was walking through our yard with a feed bucket something was up. 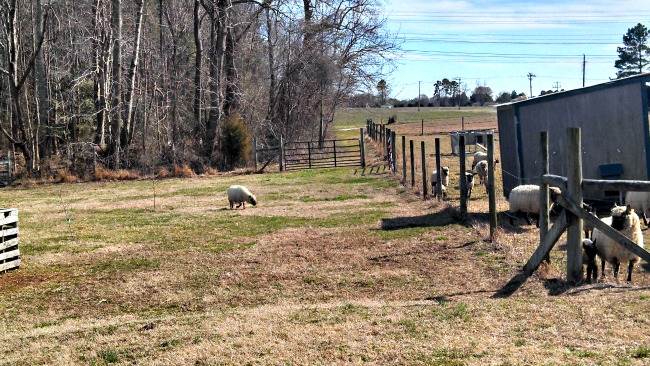 Sure enough, they were all mad because someone has squuueeeezed out of the gate and was munching on new grass. I slipped back inside to put my boots on and by the time I got back out… 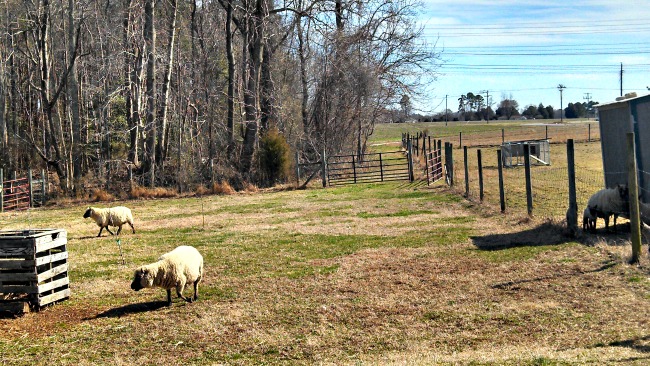 Troublemaker #2 wasn’t even subtle about it–she just busted right on out! 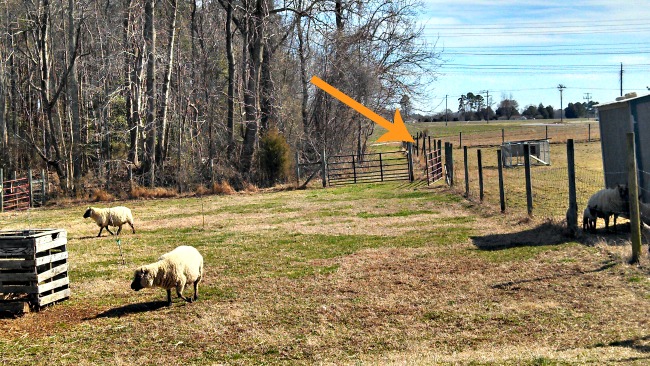 I tried to round the two of them back into the field before the rest saw what was up, but they weren’t going for it and split around me in two directions. Flocking instinct was thrown to the wind with the scent of fresh grass! So I just headed for the gate…ha!

As soon as attention was diverted from the escapees to me, the gig was up! 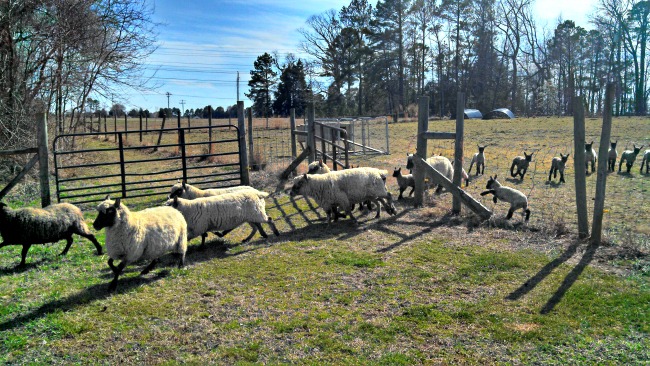 We had two criteria when we were looking for a second sheep breed to bring out to the farm–mothering instincts and grazing instincts. We picked the right sheep for the job! When it comes to fresh grass, those ewes mean business.

Eventually the lambs figured out what was what as well… 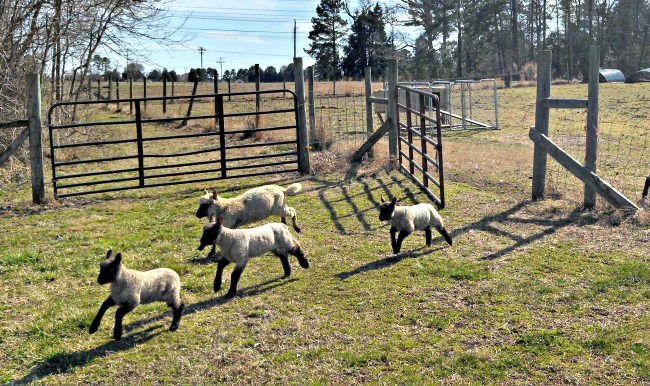 They’re usually a bit slower to catch on to how gates and fences work. There’s always a few that try to go through the fence rather than go around to the gate. You know, the shortest distance between two points and all. But they got it figure out long before I got anywhere near closing the gate.

Besides, I wouldn’t have closed the lambs in while they’re mommas were out. That’s just a recipe for panic and injury. It’s easier to move the lambs within the mature flock than to try to move them as a frantic, chaotic, group of wild, abandoned children. 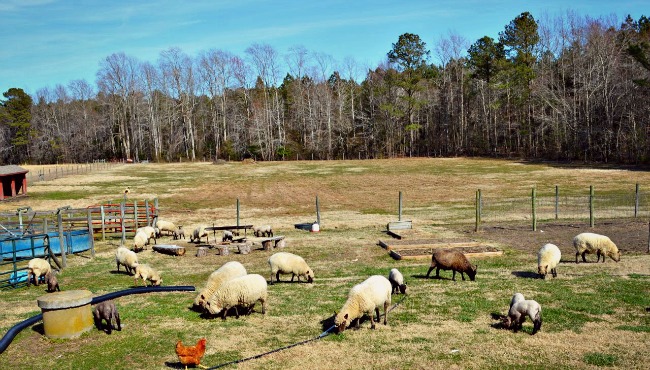 I spent about 30 fruitless minutes trying to calmly round them back toward the open gate.

They pretty much ignored me.

So I just sat on the porch in the sunshine for a while listening to them munch. 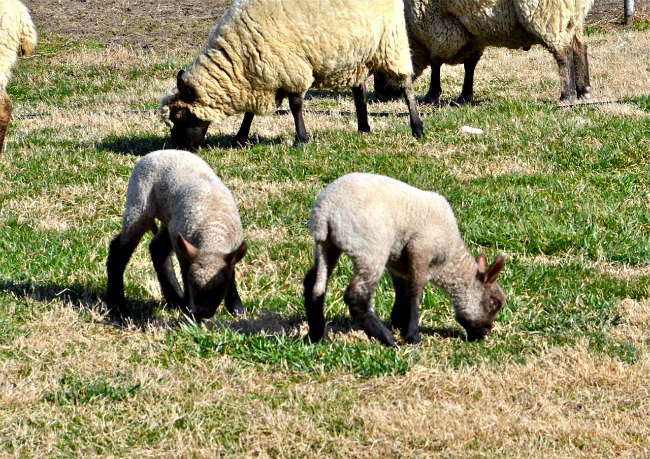 Eventually the Cowboy woke up from a nap and I used a feed bucket to lead them while he quietly rounded up the stragglers behind me and we got everyone back where they belong.

About 40 minutes later I heard lambs crying again. The ewes had rocked the other gate so hard they had actually lifted it off it’s hinges and were in the backyard. Again. It was a laugh or cry moment.

Since we hadn’t actually planted anything in the garden yet this year, I laughed.

The lambs ate a couple of my early strawberry plants, but they were just baby leaves anyway. The asparagus wasn’t above the soil yet and the sheep don’t like raspberry plants, so all they did was clean up the weeds in our raised beds and fertilize the yard. Mr. Fix-It did a little gate engineering on Saturday and we’ll be rotating them off that field this weekend to some other fresh grass, so all’s well that ends well. Just another day on the farm! {smile}

What little adventures did you enjoy this weekend?