Our big accomplishment for the weekend was that we worked the whole flock through the chute, worming, trimming hooves, and checking general health. Mr. Fix-It is trying a new set up for our pens and chutes–under cover instead of out in the field. 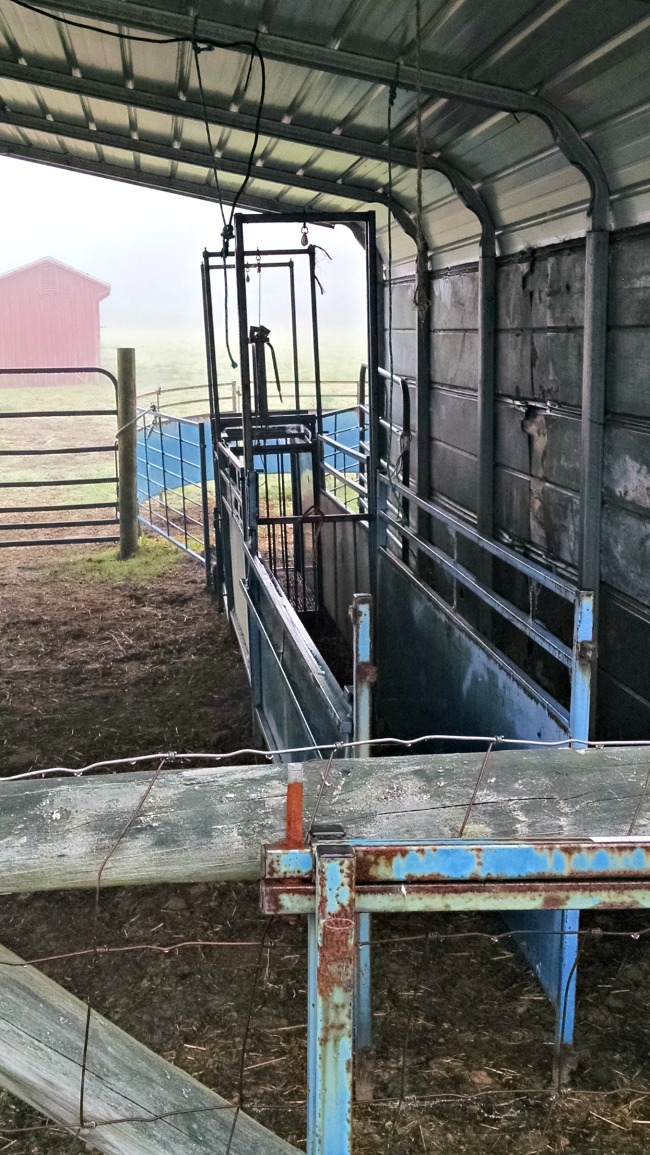 Not crazy about it–too much dust and the flies are much worse in the shade. I don’t really understand that, but it’s true. The sheep don’t seem to care one way or another and we’re able to work everyone in less than 2 hours, so they’re not out in the heat that long. 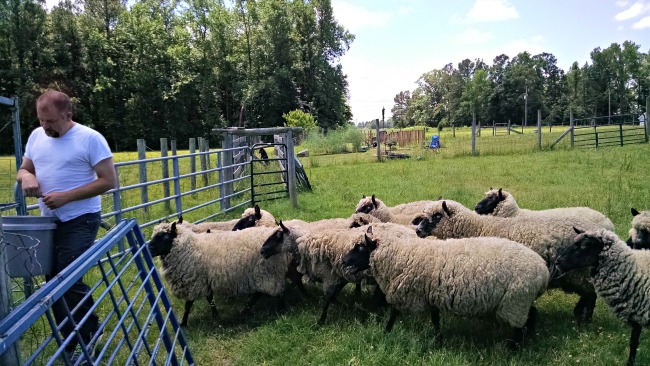 The ewes will follow the bucket pretty much anywhere. There’s always a few hot-headed lambs that want to act a little crazy though. The lambs are always the last in the pen. Look how big they’ve gotten! You can see that we had a late lamb or two, the little ones there at the end of the line are the youngest. 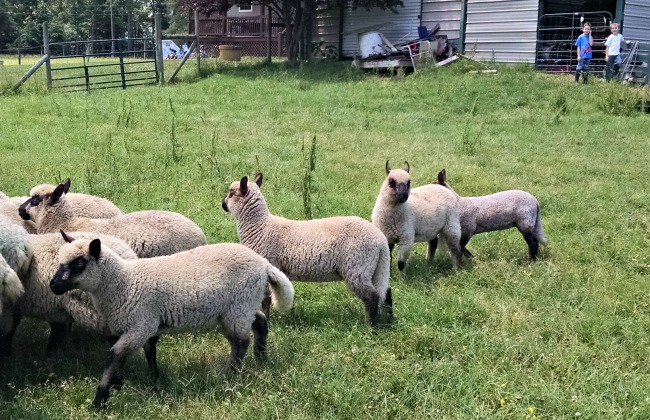 You might also see that they have tails! We usually band tails so they don’t have long tails by this age. This will be a bit of a trial for us this year. But our lambing season was so abnormally difficult this year that it was just the least of our worries. And we don’t like to do it if we miss that first few days.

(I’ve got a post all about docking tails, if you’re interested in the details of how/why/what we do.) 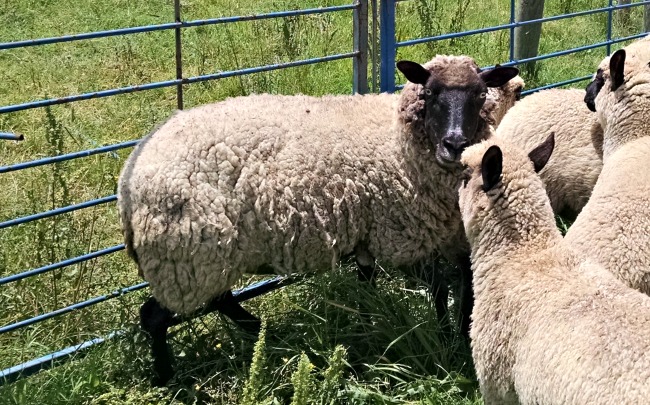 Some of our ewes are starting to get gray in the face around their noses. It made me stop and think that several of them are going on 8 years old. That’s pretty old for a commercial breeding sheep! But I wouldn’t expect our ladies to slow down just yet. Retirement age is probably around 10 or 11. We don’t know because we haven’t had any animals here at the farm that got that old yet. Usually we sell off older breeding stock before this age. (If you’re new to livestock, it’s always great to be able to start off with proven breeders you don’t expect trouble from!) 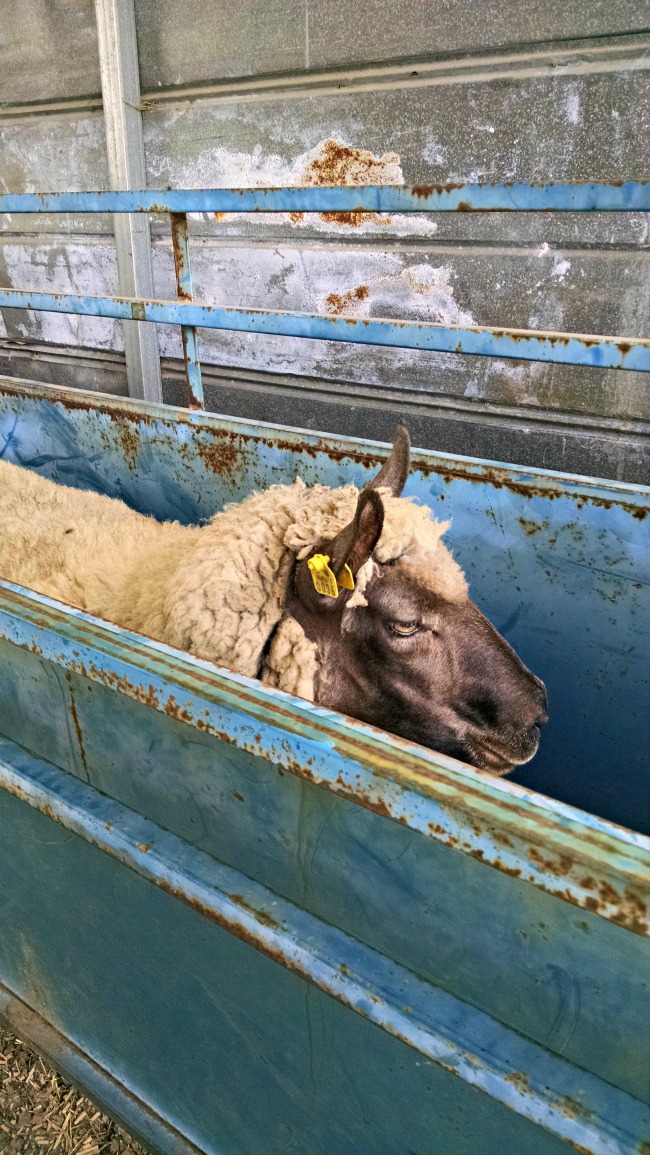 Mr. Fix-It did the heavy lifting this time. Literally. He flipped them all this go-round for hooves. Also called tipping, I guess. {smile} Sheep will be still (mostly) when they are in this “sitting” position. 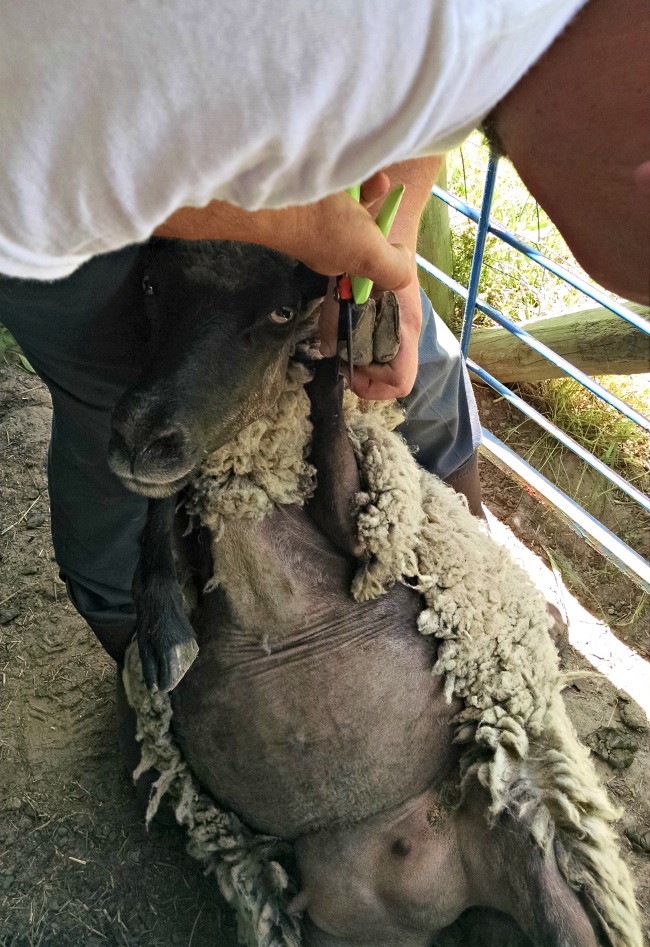 I’m glad we were running a routine check though, because we ran into our first case of mastitis–which is an infection in the teat that interrupts milk production and flow to the lamb, and can eventually be very severe for the momma. Hopefully we caught it early and she should recover well. It could be that she had an injury that got infected, or she has an aggressive eater that caused some damage, or even an age issue. I’m just glad we caught it early for treatment with antibiotics. 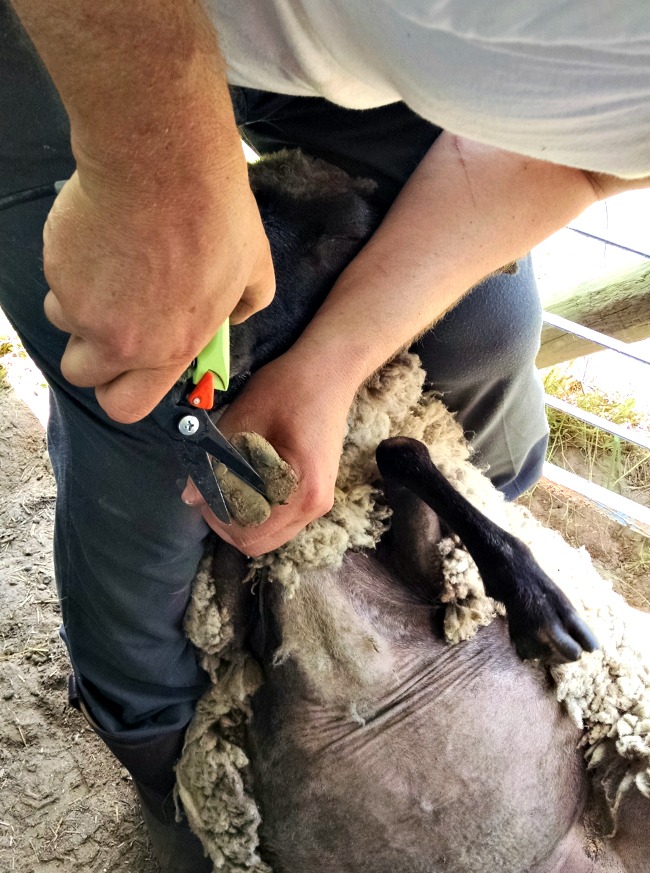 Usually when you run into problems like this, you have to think about whether or not the animal should be culled. These kind of problems tend to crop up over and over again. We have found that with our Cluns we don’t have much for “repeat offenders” when it comes to lambing issues. It’s usually something random and it doesn’t happen again, so we try to give everyone a second chance. In this case, I think she’ll just go to early retirement if she has problems again next year. She’s already given us 5 sets of twins and a couple singles. 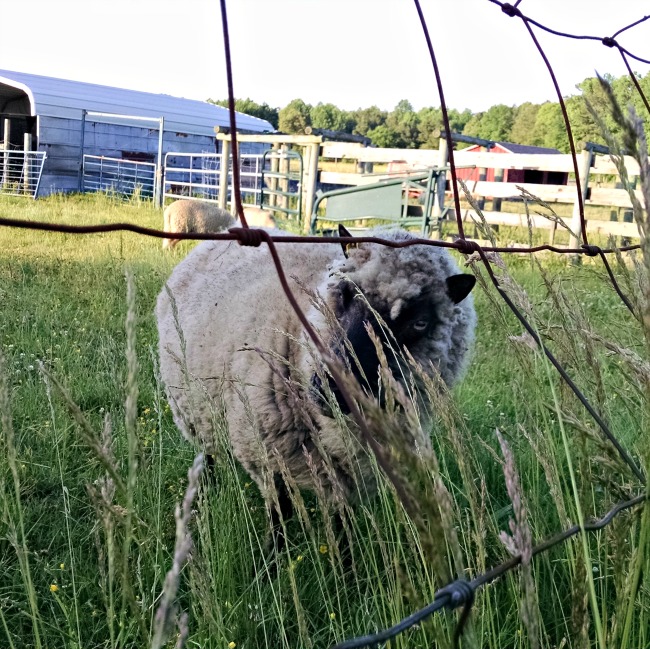 After a couple hours of dust and fuss, everyone is back in the field, munch along like nothing happened.

We all bustle in to the shower to try and wash up for evening church service, but that sheep-y smell just sort of lingers over your hands for a few days. {smile}

What were you up to this weekend? Get any big TO-DO goals knocked out?