You might think that tree farming is about the easiest farming there is. I did at first. I mean, you’re growing pine trees, and surely they don’t need much supervising…right?

Wrong. For crying out loud, sometimes it feels like growing those trees takes more work than raising our human children! {smile}

You have to cut, mow, burn, plant, pray for rain…mow, cut, thin, spray…and then the predators…rabbits, mice, rats, voles, disease…apparently everything that doesn’t eat meat loves to eat trees! 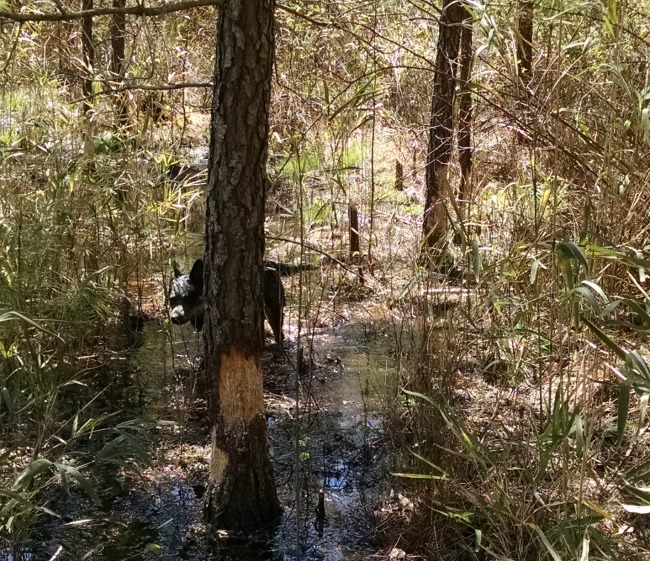 I wrote before that we’ve found some beaver damage that we’ve been investigating. Beavers love to eat the stuff that lies between the outer bark and the inner heartwood of a tree, so even when they don’t take a tree down, they can still kill it. They also like to create ponds which can flood out lower-lying trees. Turns out our problem is much bigger than we thought.

We kept finding more damage even though they had not rebuilt the dams we took down before…so where were they?  After thrashing through the brambles and baby pines, they have been located. And they have been busy!! 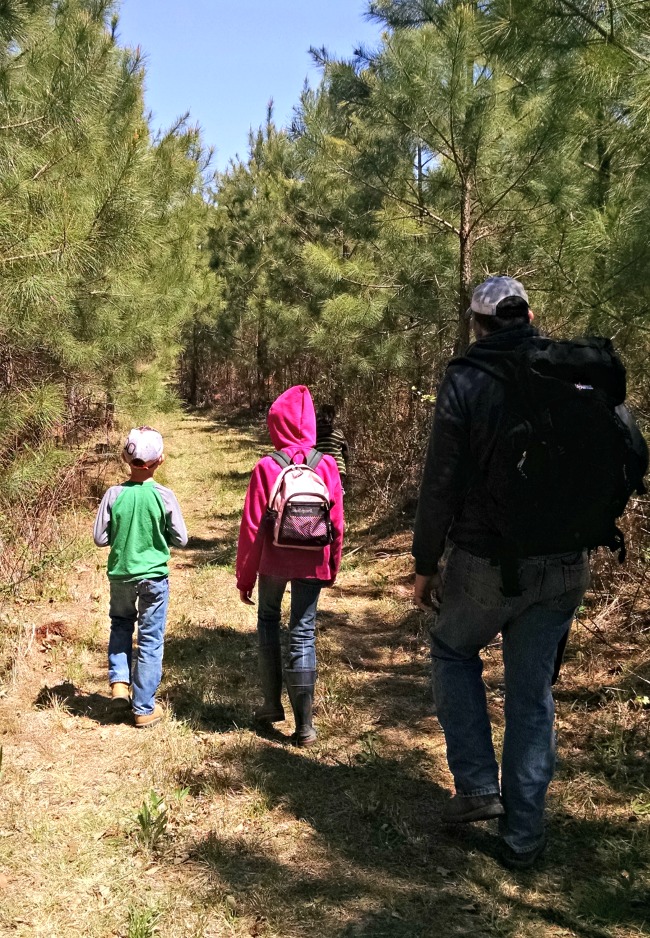 This weekend Mr. Fix-It and my father-in-law took the Cowboy, the chain saw, a couple of machetes, and the tractor out to blaze a path to get to the new pond site. Which isn’t actually new, but newly discovered. 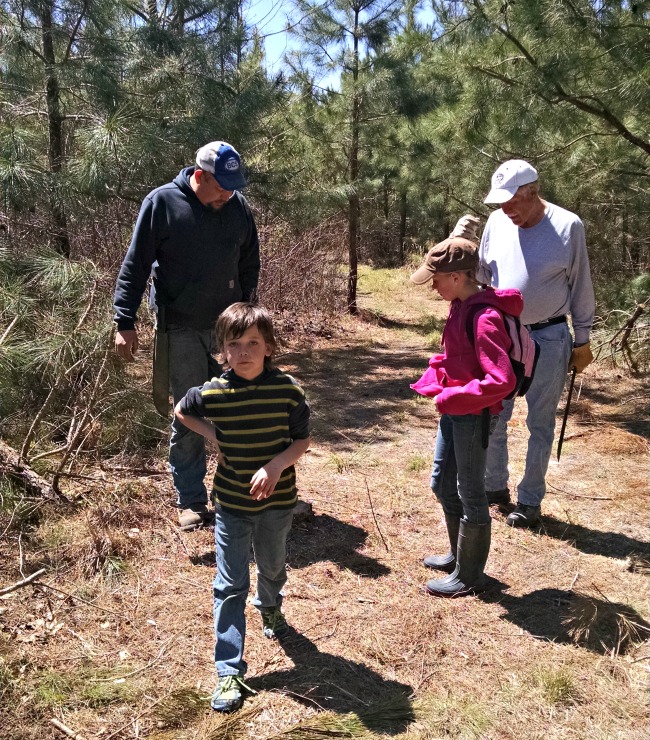 Then they rounded up me, the dogs, and the rest of our crew to help mark the paths. Day two was about half nature hike, half work day–but much easier than Day one. 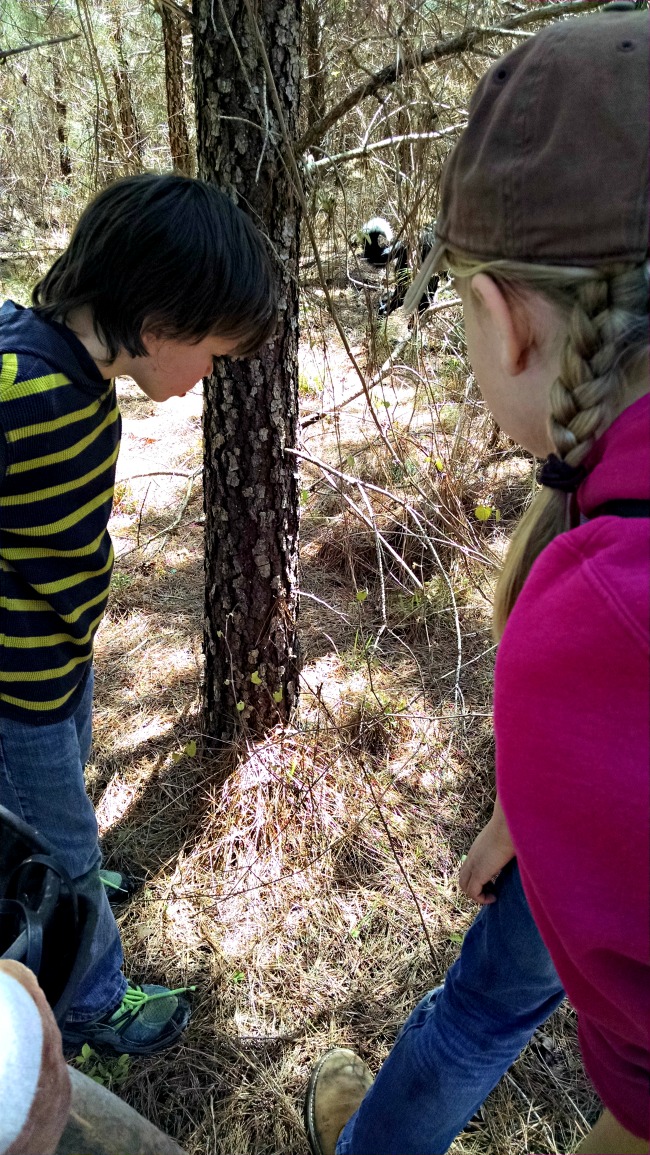 We found lizards, butterflies, snakes, and all sorts of bugs. 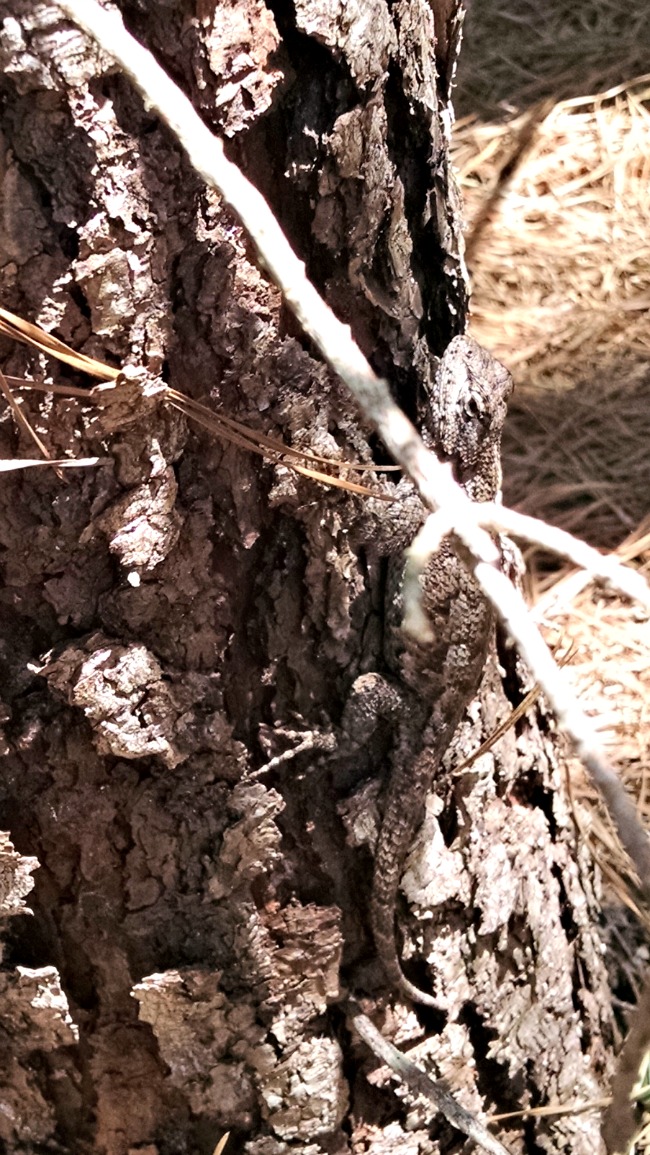 We also found a lonely hunting dog, whom Coal sent running for his life, screaming his head off. (That beagle yelp….shiver…) We got a chance to check on some baby pines, and also to see some of the big water-side trees in the no-cut areas. Some so big I couldn’t get my arms around them! 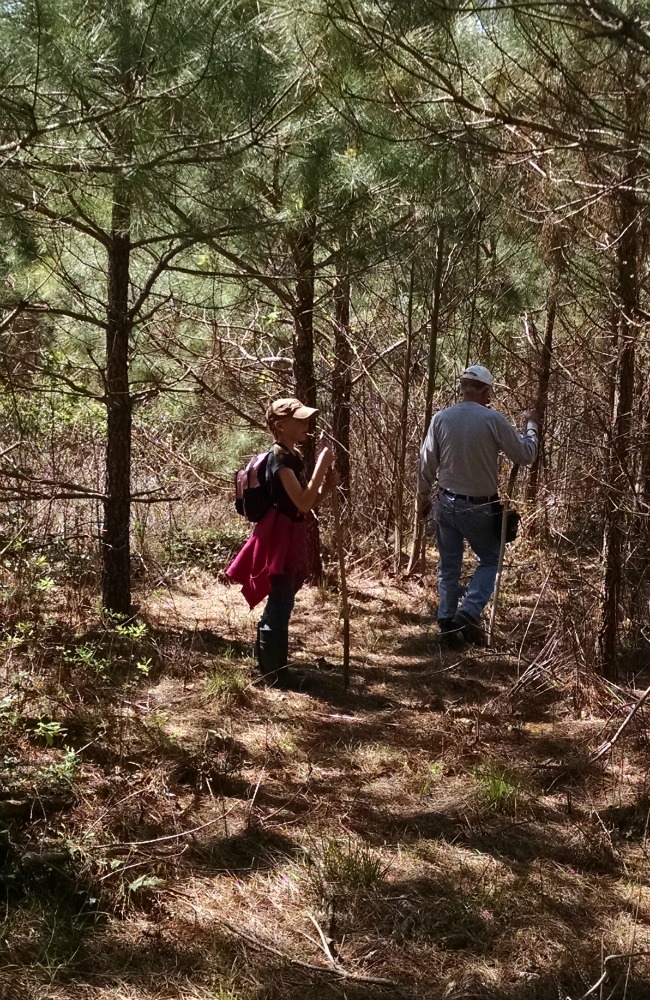 We’ve also found a new blight on some of the trees that we have to send off to the Forest Service to try and get some help with. Seriously…it’s always something. These are “managed” forests, and as I’ve learned over the last couple years that’s an active word. 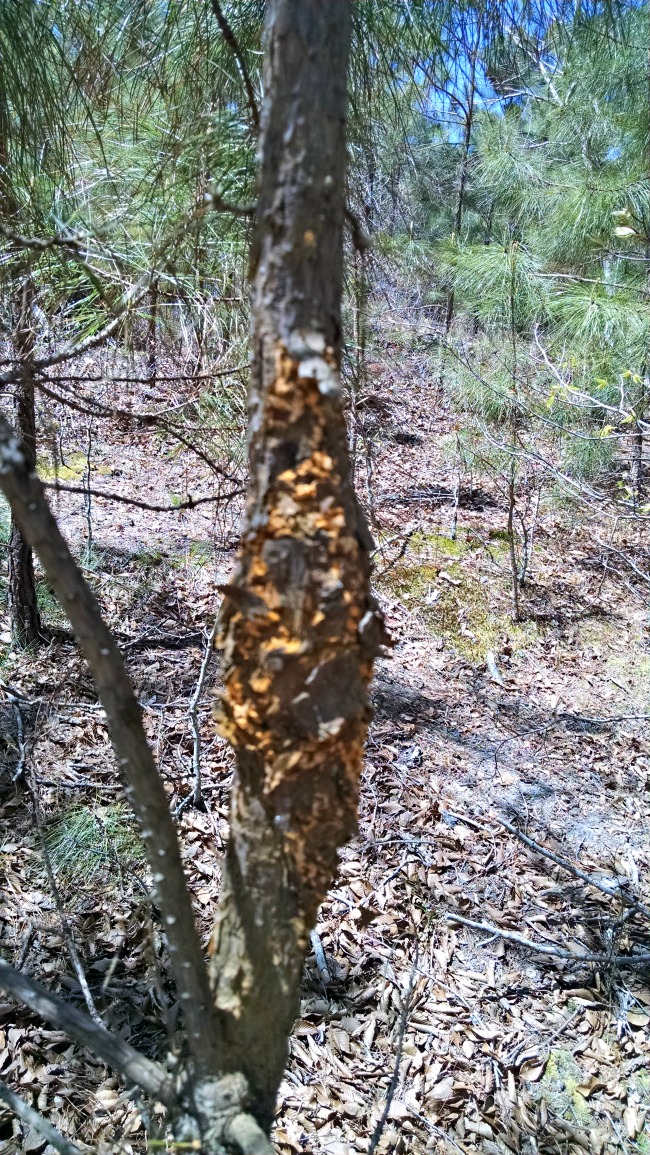 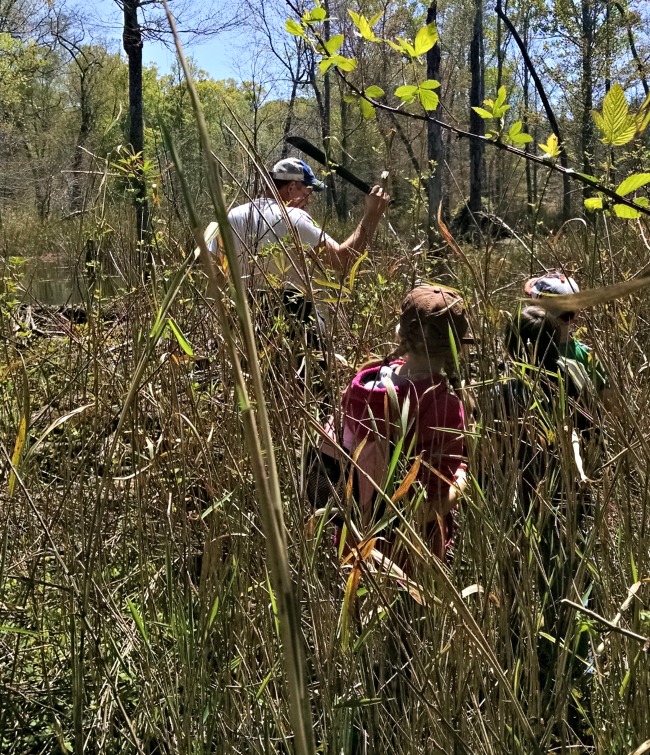 Want to see what we found? Come back on Wed and I’ll have pictures. Those beaver-engineers are no joke!   (On the Trail of the Beaver, Part 2)

If you’re interested in learning more about beavers, here’s some great resources… (I highly recommend the PBS special!)

See where we’re sharing this week….