Between a farming “adventure” and a farming “near disaster?”  I guess it’s in the word “near.”  Or maybe it’s a perspective of gender–since Mr. Fix-It think it’s just drama if no one went to the ER and my poor heart is still recovering from…well…nothing.

Yesterday the kids and I tumbled out of Hemi after work and headed for our boots to feed and water the animals.  We went out to visit Mabel and her mama, Red Abby with some corn in the “nursery pen” behind the garage. 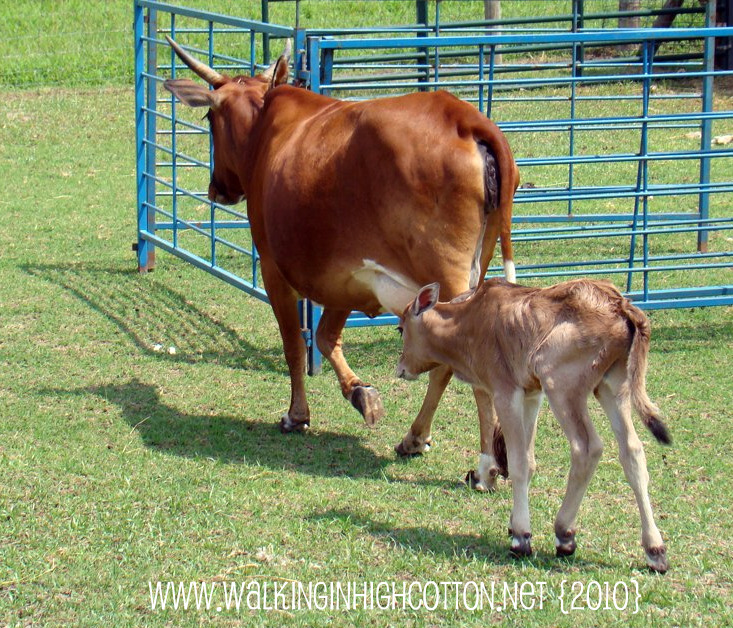 But Red Abby wasn’t there.

Apparently she had jumped/crawled/crashed over the fence and was back with the other cows.  We’ve been keeping her separate to give her extra feed and vitamins and keep an eye on the little one.  This is not the first time she’s done this in the last week, but we patched it up and thought it was a freak thing.  We’ve never had a mama (including this one) intentionally leave her baby behind just to go shoot the breeze with the other ladies in the barn.

So I gritted my teeth, told the kids to wait in the sheep pen so they didn’t get run over when she came galloping back in, and headed into the back field to bring her back.

Ha!  Within 10 minutes I had cows galloping all over.  Chester, Annabelle, and Gray Abby came barreling into the nursery pen. 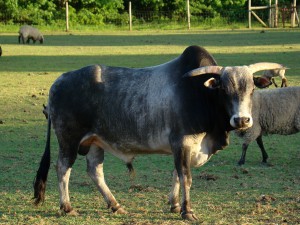 That crazy red bull calf (he’s two years old now and he doesn’t have a name–although “Red Bull” just occurred to me) jumped the fence–but into the backyard instead of the nursery pen. 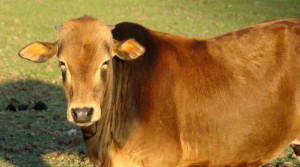 And then Molly, my Jersey (my favorite, until now) freaked out because she was left alone she charged over the fence–into the backyard.  She starts running around bellowing and kicking like she’s in a rodeo, which gets the guys worked up and they start trotting around with their big-man-chest-thrown-out trot and bellowing and tossing their heads and tussling around in the dirt with their horns and just generally carrying on like…well…boys. 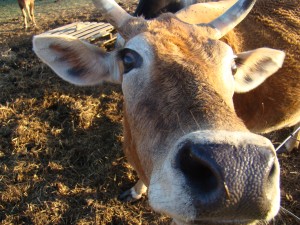 All the while my little crew is standing in the sheep pen watching with eyes like saucers.  Before you get too wrapped up in the drama, let me say this.  Our animals are not aggressive.

They’re not.  We wouldn’t keep any aggressive animals around. That’s why we don’t have any more roosters right now. 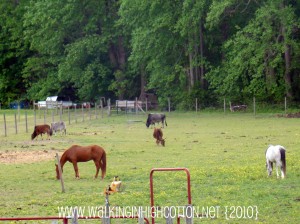 They weren’t being aggressive, but they were being very excited and agitated from being separated and that’s a scary situation to be in, standing between 3 little kiddos and 7 wound-up cows with big horns and no space to run.  When they get wound up…well…when you’re this big… 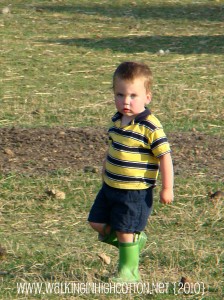 And they’re this big… 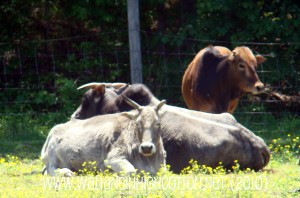 You’re more like a speedbump than a Speedracer.  As scared as  I was, I’m sure it was a little overwhelming for them to be standing there in the middle of that pen watching these big animals charging around and around them in that little field, bucking and bellowing and carrying on.  Right?  Maybe?…Ok, honestly, the boys didn’t even seem to notice.  (Remember that gender comment from earlier?) 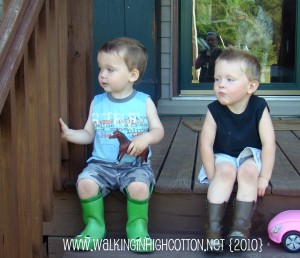 Here’s the part where I split myself in half.  Half of my mind (and all of my heart) is screaming to grab the kids and run like mad to get them the heck out of there.  The other half is calmly assessing things like which gates are open, how the kids are behaving, and how hard you have to whack a bull with a fiberglass fence post to convince him you’re serious.

Ok, an Indian could drop a 2,000 lb bull buffalo with one freakin’ handmade wooden arrow while galloping across the plains on a pony without a saddle–surely I can take out a 400 lb bull calf with a 6 ft metal T-post, if necessary.  I mean, technically, I am taller than he is.

The grass in our backyard is the greenest grass on the whole farm.

It took a couple minutes, but eventually they all ended up in the backyard gobbling it up.  I walked slowly and calmly to shut the gate–Ok, that’s a total lie.  I raced over and frantically slammed the gate so hard it scared them all and they started galloping around the yard again–and let the kids out of the sheep pen.  We went directly in the house to watch a movie (because everything was fine, of course, nothing to worry about, Daddy will move the cows when he gets home) and I called Mr. Fix-It from the bathroom while hyperventilating. 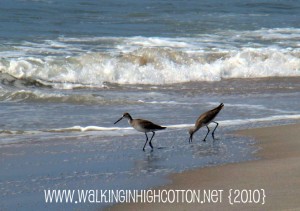 The rest of the good news?  I got the yard aerated and fertilized and everyone was fine, other than my nerves and the fence.  The kids didn’t even realize there was a problem except that the cows were out.  Mr. Fix-it went straight outside when he got home a few minutes later and ran two new hot-lines on the back fence and I gathered up my tattered nerves and helped him move those fat, lazy, perfectly sedate bovines back into the field.

I guess they just missed us while we were on vacation.