As I talked about yesterday, we had a rough weekend. But it had it’s good moments too. Just like life in general, I reckon. I had errands to run in town first thing Saturday morning, since stores around here tend to close at 12 pm. At least the farm stores do. So Mr. Fix-It was home with the kiddos for a few hours. 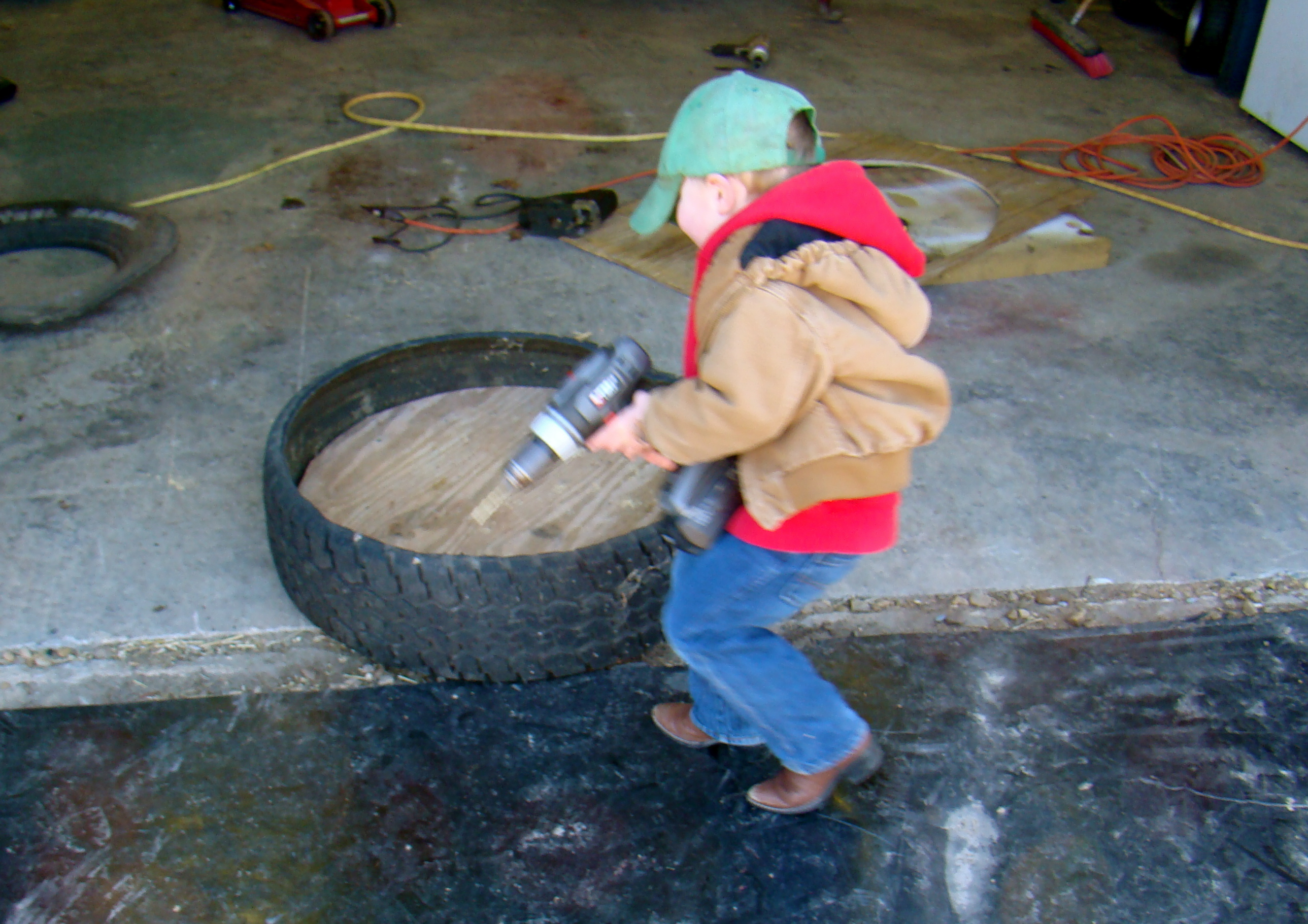 Is that my 4 yr old with a powered up drill in his hand?

The Cowboy got some real hands-on work done, helping to build a new mineral feeder. 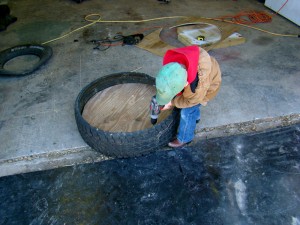 He was so proud of himself.

I was proud too. Although I have to admit, I thought he was exaggerating when he said he did it by himself. They always say that. (Even to me, when I was there, and know better.) 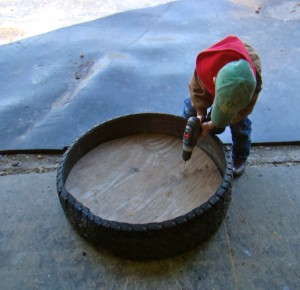 And beyond my wildest expectations, apparently he knows what he's doing.

Turns out, when I downloaded the pictures, that he really did do it by himself. Mr. Fix-It was taking the pictures and my boy is clearly handling that drill all by himself. Honestly, I was more than a little stunned. Mr. Fix-It, of course, was totally nonchalant. As if our kids being about to construct farm implements with power tools at 4 years old is not totally astounding! 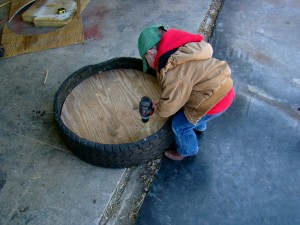 Tell me this kid's not awesome!

Maybe this is just another case of my experience–you know, coming from a place that considers gray squirrels a wildlife sighting–being totally different than my husbands. He bought his first, ride-on lawn mower when he was like 10. I didn’t even have my own car until I was almost 20. (And we never had a ride-on lawn mower, ever.) But can I just say this…I have no doubt my kids are glad they’ve got Mr. Fix-It and all his experience and skills around here for their Daddy.

‘Cause there’s no way I would have let them so much as pick up that drill’s carrying case before they were at least 15.