When I left for work on Friday morning (with a lot of misgivings) we had a ewe in early labor. And I was worried.

I’ll save you from the icky details, but we knew, and there were some bright red, dripping, danger signals starting to flash. I paged through our main reference books while the kids were eating breakfast and Mr. Fix-It and I decided that it was too early to interfere a to let her progress on her own a little more. She was up, she was eating, she was bright eyed and energetic (as my mud splattered pants can attest to)…interfering to early can actually cause as many complications and problems as not helping can. So I went to work and we agreed that I would check on her at lunch and call the vet then, if needed.

And she surprised me with not one, but TWO healthy little lambs! 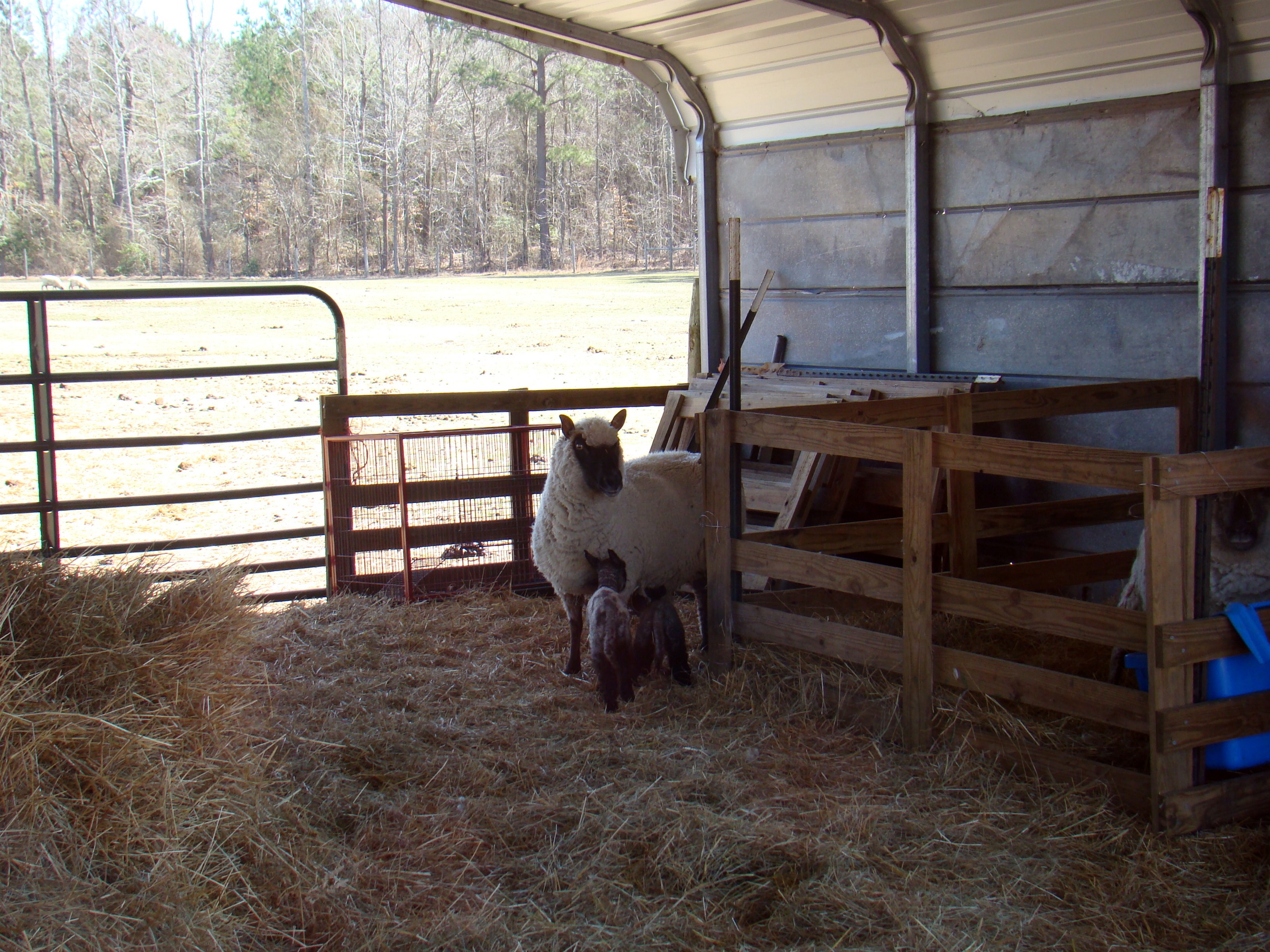 I know it's hard to see. I was suprised too when I crept in closer and starting matching up noses and tails!

{PS: These are birth pictures. If you might be squeamish, either squint your eyes or scroll at your own risk. I didn’t do much editing. This blog is about life after all, and this is the epitome of it. Straight from the barn to your screen!} 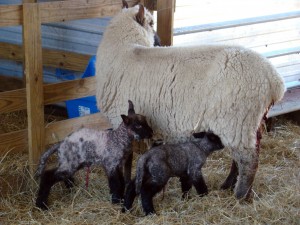 But it was definitely TWO!

Judging by our early morning observations and our follow-up observations since Friday, I also think it might have been a pretty hard labor. Thankfully, she seems right as rain now. 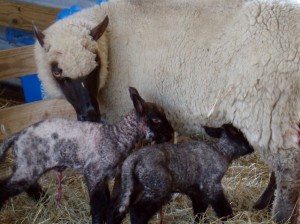 She completely cleans them off by herself. With her tongue! It doesn't come tougher than that! 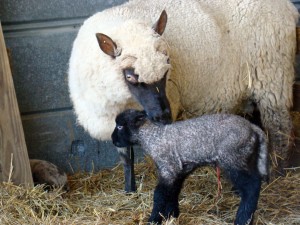 This little dark one was quite vivacious. The white one was bigger but a little slower.

She also cleans and nibbles off their little umbilical cords to an inch or so and we’ve watched mothers keep them clean until they dry out and fall off. 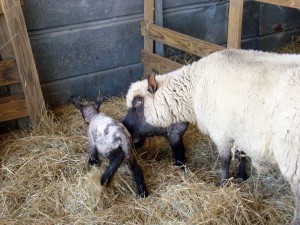 We dip their little navels in iodine once Momma's done cleaning them up, just to be sure to prevent infections until they dry up.

And then on top of all that, she has two choices with the afterbirth (which she passes, almost unnoticed, while mothering her twins). She can hustle those little ones out of that area as soon as they nurse (which in this case, she did) or she can…ahem…consume the “evidence.” It’s an instinct so they aren’t located by predators because of the smell and in some cases because it can be a source of nutrients. 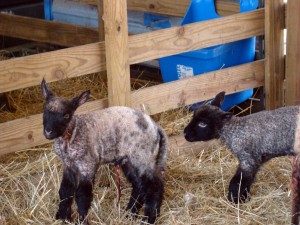 I thought the white one had an injury at first, but it was just more birth-ick that needed to be cleaned off her little neck.

We don’t see this much (thankfully). We try to be sure they have plenty of room to move if they want to and plenty of mineral salt mix to keep them from trying to self-treat a deficiency. But once in a while, if we’re not there, one will just…never be found. And trust me, we hunt for them. Retained afterbirth came be a serious, serious complication. 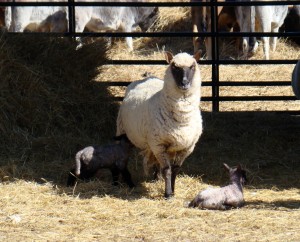 Out into the sunshine!

So now we officially have 3 ewe lambs. They’ve been moved out of the “lambing field” and into the “nursery field” so they don’t get bumped around quite so much from those hungry hippo ewes that are all still eating for 2 (or 3!). Plus, they have more room to run and play.