Remember a few weeks ago I mentioned that our completely wild, only-comes-for-food, never been touch by a human tom cat had kittens? 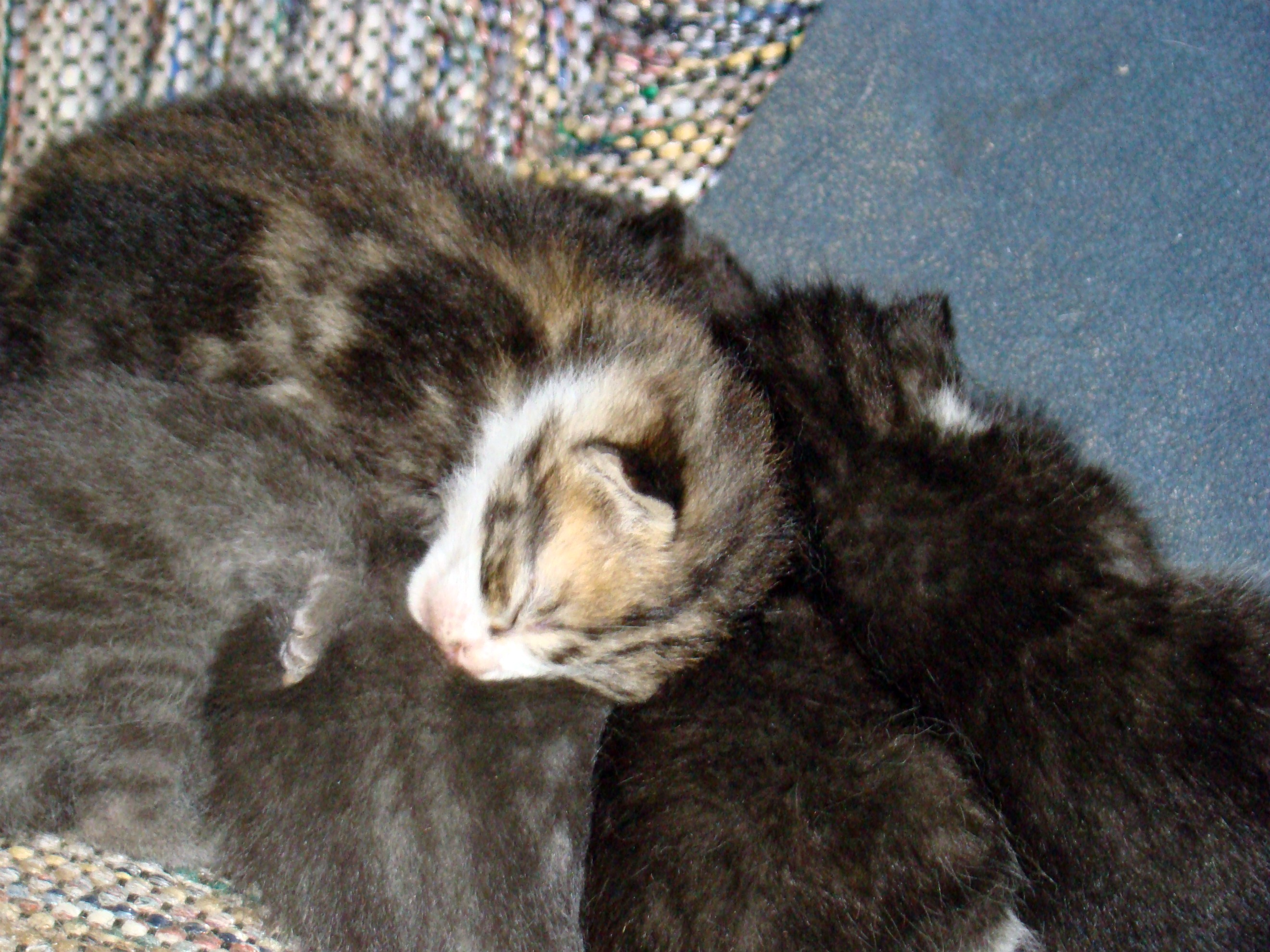 Well, she had taken up residence in Mr. Fix-It’s garage. First in the storage loft (until Mr. Fix-It had to stage a crying-kitten rescue) and then under the work bench. Until the kids found her. About two weeks later, after being pestered to death every evening after school, she moved the little brood into the hay shed. 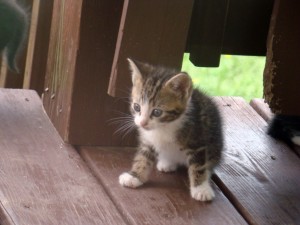 Which of course, didn’t work at all either. (The Ladybug is quite persistent when it comes to playing with kittens that happen to live in her backyard.) So now the momma cat seems to have given up. We came home from work on Wednesday to find that she’s brought them all out and taken up residence on the back porch. 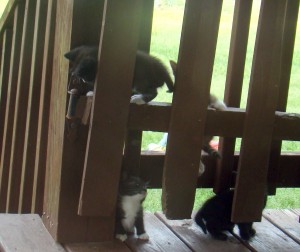 Our porch is like a kitten jungle gym right now.

They’re all going to have to go at some point soon, while we can still catch them. But I’m not sure how to catch her.  We have a trap, but we just keep catching the same two cats–the two friendly ones that we’ve already gotten spayed, of course. The two that are actually ours. 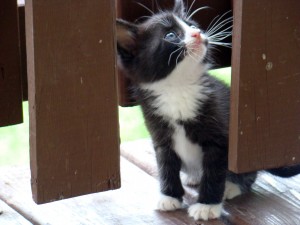 We still have her and another, light-colored one (that suspiciously has the exact same crystal-clear green eyes) that just showed up one day at the food bowl and are completely wild. As in, we’ve never put a hand on them even though we feed them every day, wild.  As in, we open the back door and they scatter so hard they knock stuff over on their way off the porch, wild. 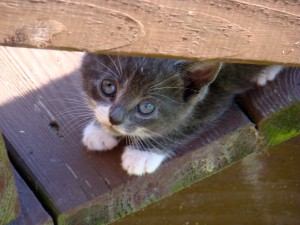 Let me just say, adorable is adorable, but when I find that tom cat… 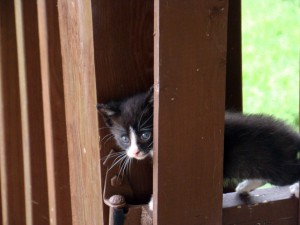 …He’s on the first train to SNIP Van-land!

I’m linking up with Farm Friends Friday today, so be sure to stop by and check out some of the other furry, feathery, fun links!