After more than a week of rain, we finally got some good weather. Not a moment too soon for my sanity.

Mr. Fix-It and my father-in-law the Master Fix-It spent the weekend hard at work painting our master bathroom and our mudroom and other various fix-it-y jobs and I kicked the kids outside to play. 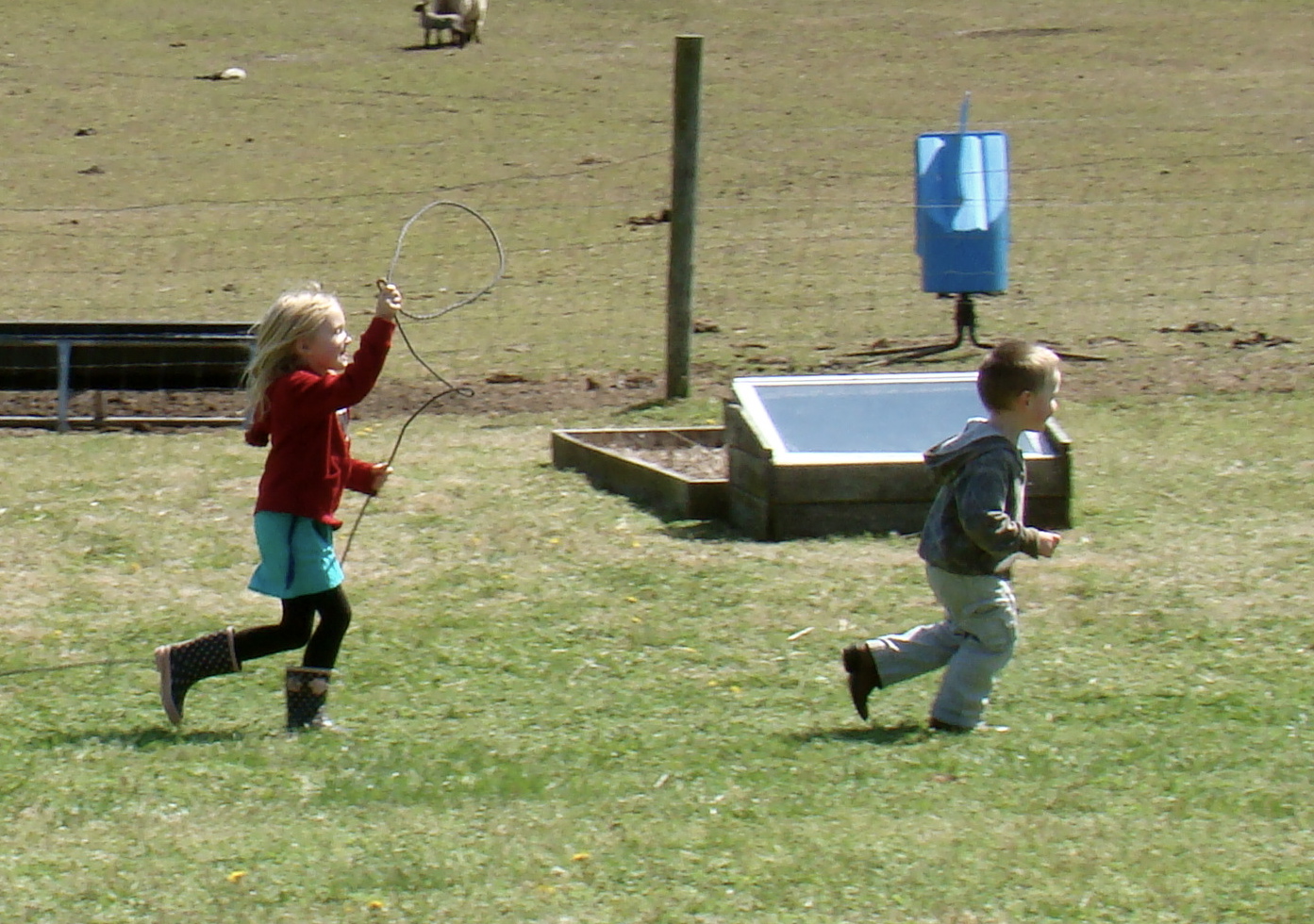 Never give the lasso to the one with the longest legs!

They needed to get out there and run some of that cooped-up-at-school and inside-from-the-rain energy. 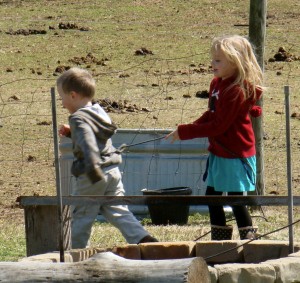 Cowboys are usually mounted so they don't play out so quickly. He was at a total disadvantage.

They even managed to get out of most of their chores since I wanted to be out in the sunshine a bit too. It’s nice that they’re now all old enough that I can put them safely in the backyard while I do chores in the fields right around them! 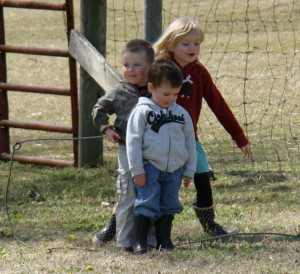 Mr. Fix-It has told them over and over again that they don't have to do everything she tells them.

Don’t get me wrong, I miss them being littler. 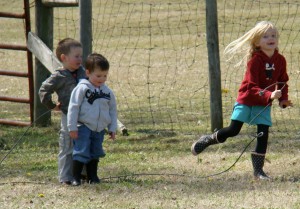 This is just doomed from the start...

But it’s also nice to be able to go out and mosey around doing the chores, snapping pictures any time I want, and not having a baby strapped to my back while leaning over to fill feed buckets.

I used a Snugli and then a Kelty backpack carrier for each one of them until Speedracer was about 2 and fully mobile, so I’ve had someone on my back for most of 2004-2005 and 2007-2009. I get home about an hour to an hour and a half before Mr. Fix-It every evening, so I’ve always taken them with me to do afternoon feeding chores except in the very coldest and wettest weather. Yep. All three of them. 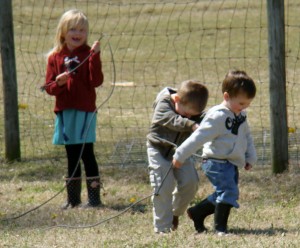 Look at her laughing at them!

It was always an adventure. 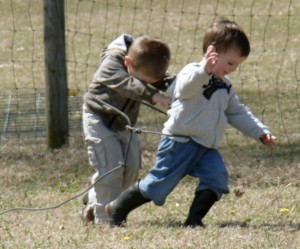 And now not only can they amuse themselves, but I don’t have to worry about anyone eating dirt, falling down the porch steps, or grabbing a hot fence. Partly because we’ve sort of kid-proofed our backyard (no hot fences) and partly because they’re old enough to remember some basic rules (no eating anything that looks like dirt!). 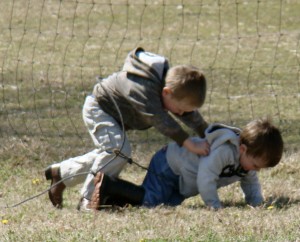 They were laughing too hard to walk straight anyway.

And the animals have all learned to ignore all their hooting and hollering and squealing and laughing…as long as they’re not actually in the field while they’re doing it. 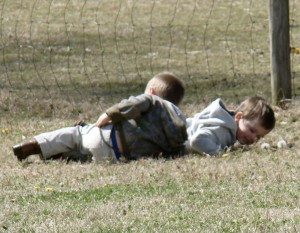 Speedracer always seems to end up on the bottom.

So I can spend “quiet” time observing everyone and checking up on things while the kiddos are busy doing…whatever they are doing when they’re making up their little games. 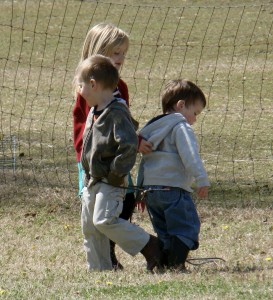 But that's no reason to give up on a good idea!

And they’re tired when it’s time to go to bed! 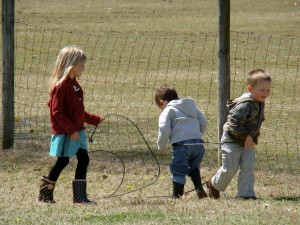 I'm not even sure what this game is...

Which is always the best benefit of a day full of fresh air. Tired kids. 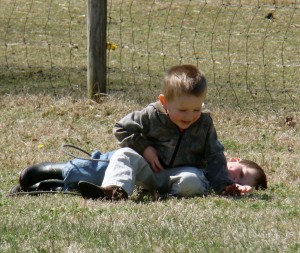 But they sure did think it was funny.

Whatever this lasso game was, it kept them occupied for at least an hour. Laughing the whole time. Adding sweet melody to our weekend dance.

This weekend I took lots of pictures. Of the kids, of Mr. Fix-It (shhh, don’t tell him!), of cows and sheep and baby chickens…paging through them yesterday evening I realized that I haven’t been enjoying life much lately. I’ve just been rushing…keep moving…next step…and then stop, sit, and be numb…be blank…and pretend it’s relaxation. I’ve been missing the moments that make joy, life…home.

Yet here they are, just waiting for me…To slow down…To appreciate…

To snuggle close before bed and sniff wet, mango shampoo hair with my allergy swollen nose…

To just BE STILL.