Mr. Fix-It and the crew have been handling the garden this year and they’ve been quite the producers out there! I have a history of not being able to keep up with the weeds, among other things, and just giving up with defeat about a month into the growing season. 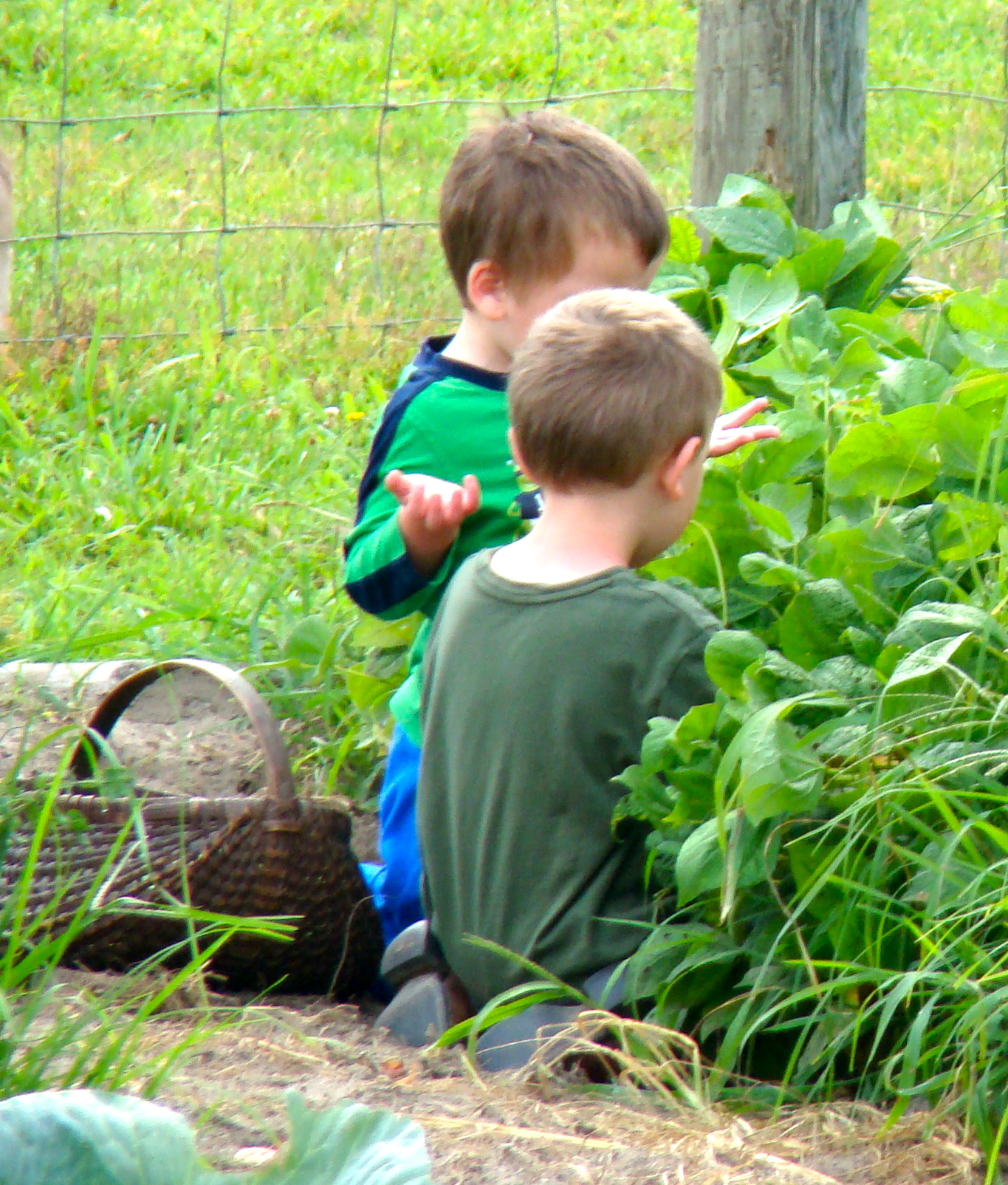 Speedracer’s just starting to get the hang of things.

We’ve got strawberries, green beans, cabbage, some lettuce, green peppers, and an eggplant. An eggplant plant, I mean. We have more than one eggplant on the eggplant plant. Umm, never-mind. 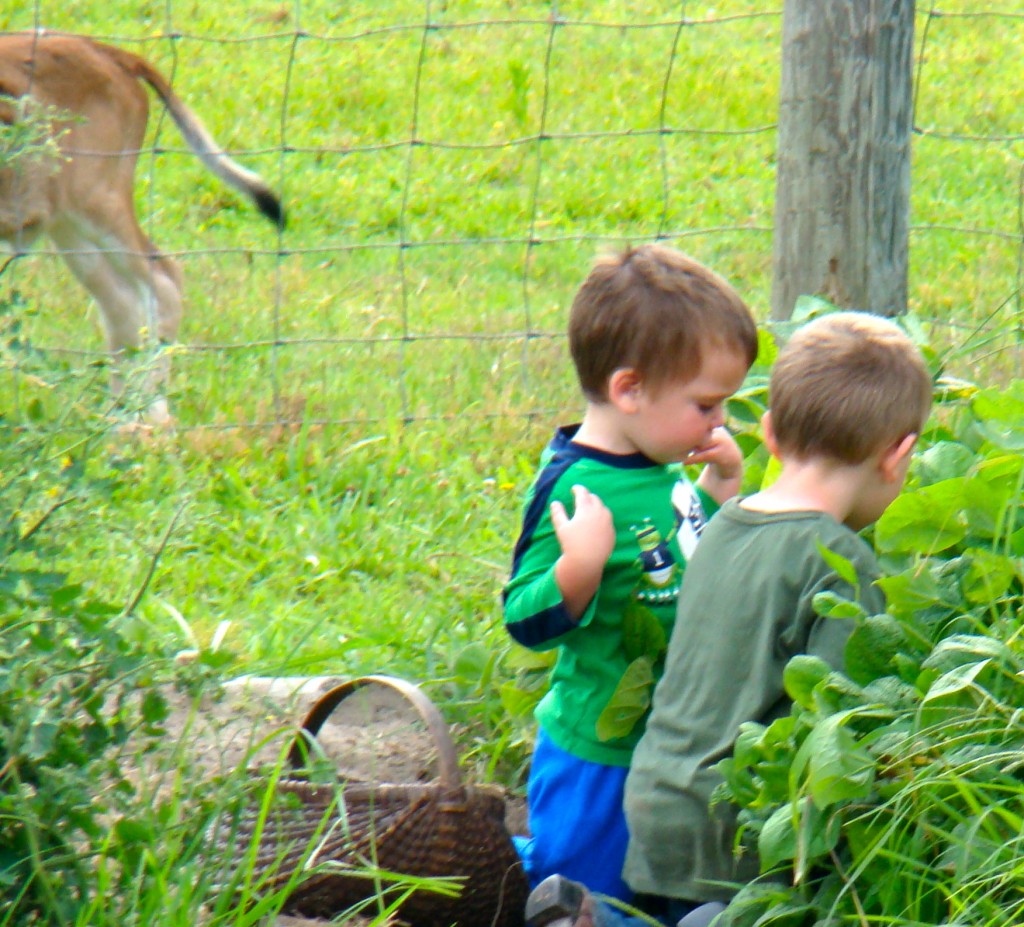 The Cowboy is becoming an excellent teacher!

The Cowboy is the most helpful because he’s an early bird and is usually out there first with Mr. Fix-It. The other two wander out of bed rubbing their eyes and looking for breakfast. 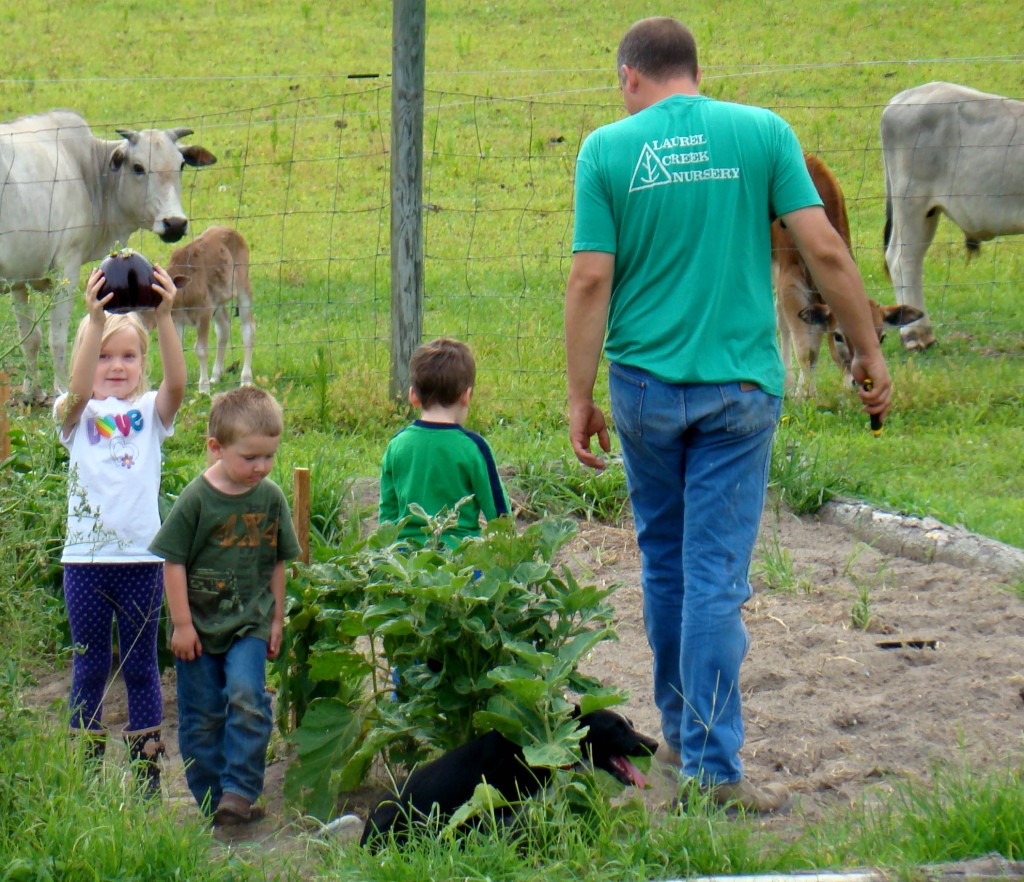 Just for the record, I’ve never eaten eggplant and I have no idea what to do with an eggplant. My father-in-law has much more confidence in me than I have. But we’ve grown it and there’s more coming up out there, so we’re going to figure it out. 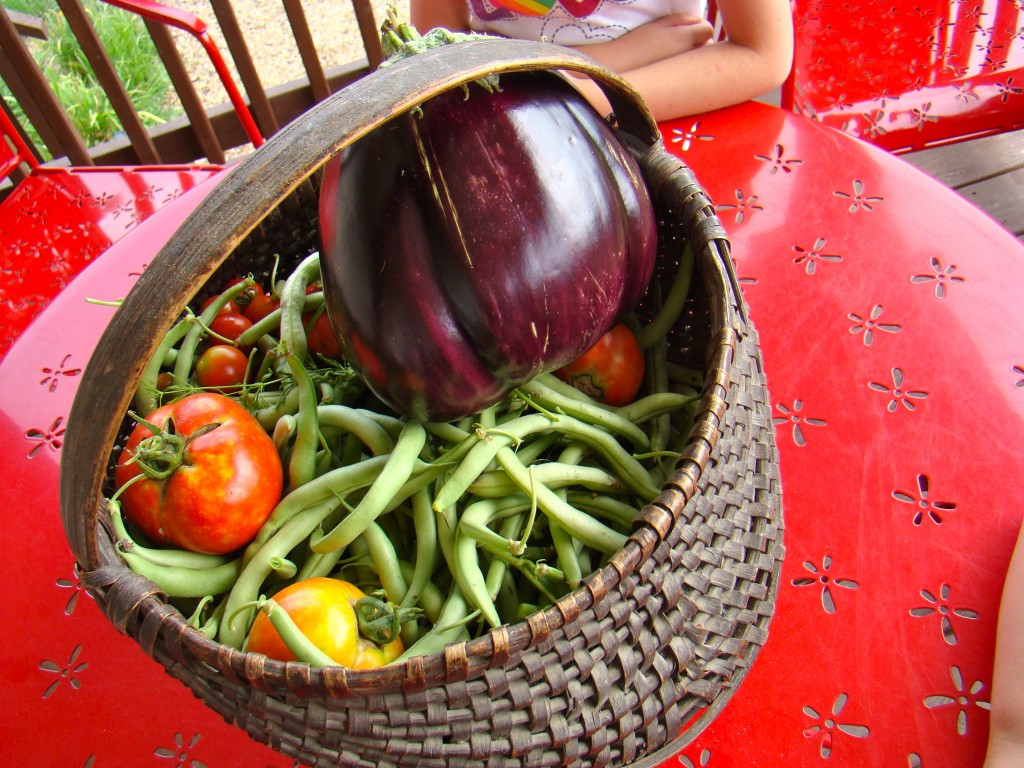 Now tomatoes and green beans I can handle!

Anyone got any great eggplant recipes?