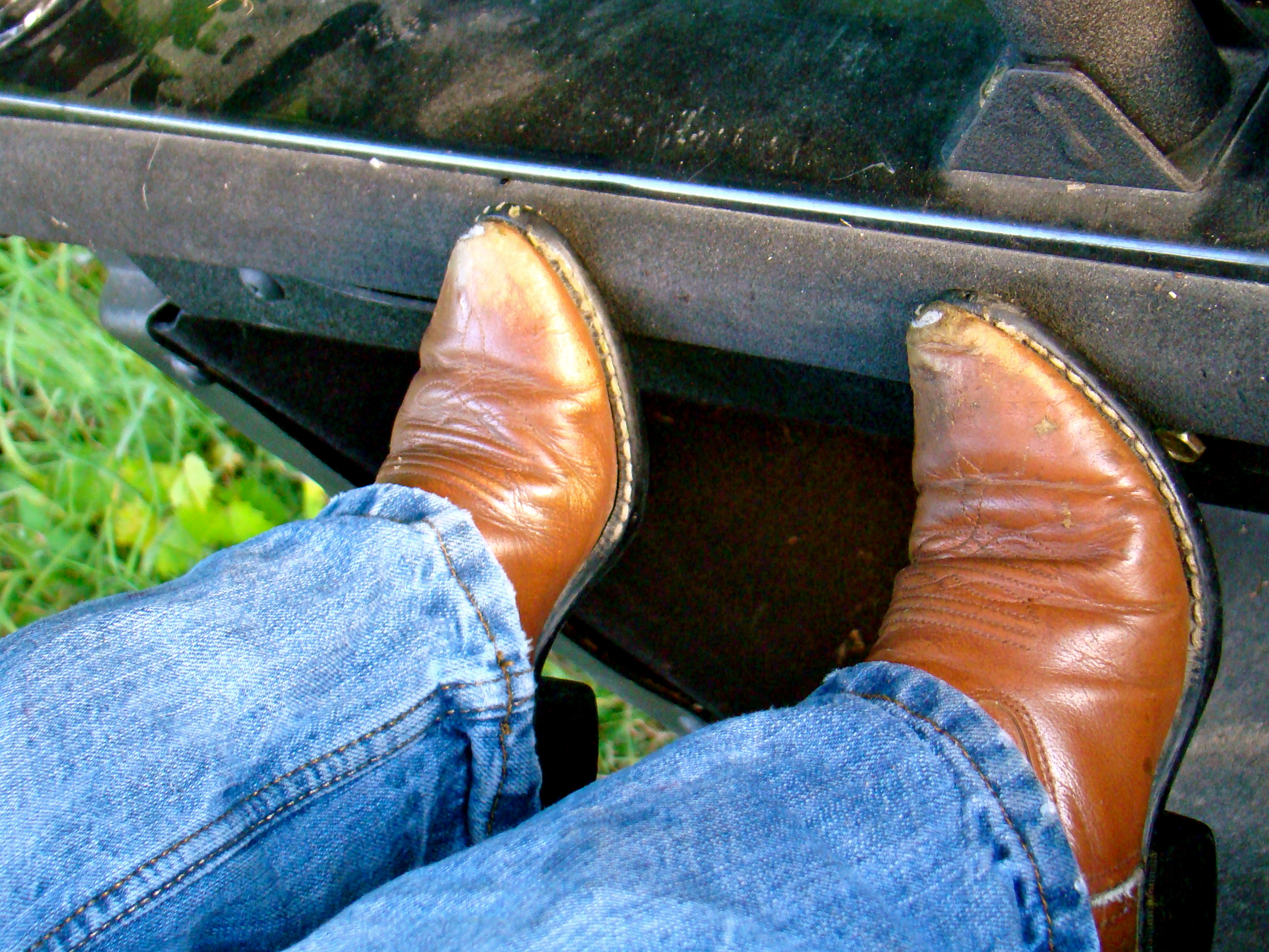 Thursday we got home and got right to work battening down the hatches around the farm.

We lost some shingles, some siding, and some chickens, but we didn’t lose power, so we’re thankful.

We’ve got a couple leaks to repair, and our garage light fixtures all broke off in the wind, but we’re thankful.

We lost some trees but they were mostly in the woods and we don’t have any fence damage, so we’re thankful. 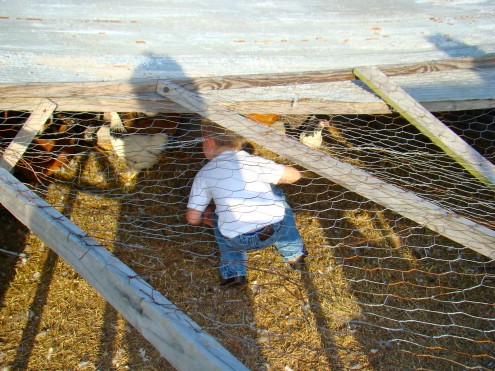 We had to catch all the field pen chickens and move them to the chicken house for the storm.

Water was our biggest concern. If we don’t have power, we don’t have water since our well pump is electric. They say a gallon a day per person, so we were fine. But what about all the animals? They empty over 120 gallons a day sometimes. We filled up our big black barrels and moved all the water troughs in place to fill with rainwater. So we had maybe 3-4 days worth in storage. In Isabelle, this area was out of power for more than 10 days. 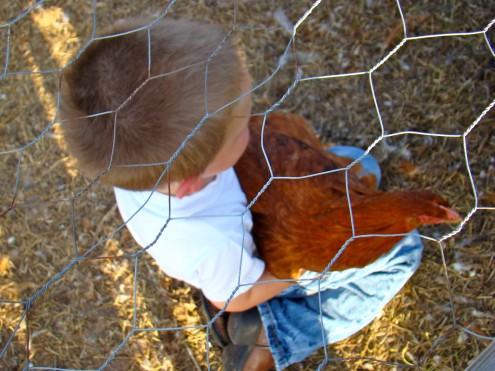 The Cowboy is quite the fearless chicken wrangler!

But we didn’t lose power!

It’s still amazing to me. The wind howled and the rain poured horizontally for hours. Truly, hours. I was activated for shelter duty from 6 pm on Friday until 6 am on Saturday. When I got home on Saturday, it started raining and blowing and didn’t stop until about 3 am on Sunday. All. Day. Long. 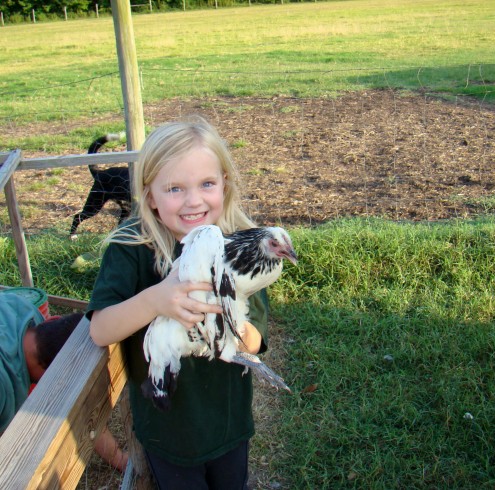 After the Cowboy would catch them, he would pass them to the Ladybug.

Now I know why you hear about women moving out West and going crazy from the wind and the loneliness. The constant wind is just…exhausting. This was not a quick storm event. The actual “hurricane” didn’t even hit until about 8 pm on Saturday and it had already stormed all day long at that point. I’ve heard estimates in our area of from 9-12 inches of rain within that 24 hours. 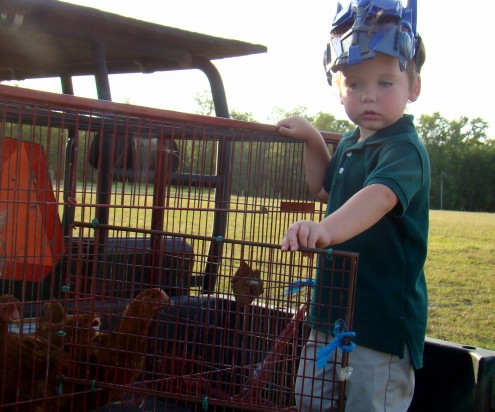 The Ladybug loaded them into the cage on the Ranger for transport--manned by Speedracer, our door handling expert!

We had trees going down already at 6 am on Saturday. I heard the snap, crackle, pop, crash of our trees around 10 am while Mr. Fix-It was out checking on everything before it got really bad. (He took the Cowboy with him too, which worried me but made me so darn proud too! My little guy out there in a Tropical Storm check his property and livestock!)

That’s when we discovered that something had gotten into our chicken house and feasted. We moved the chickens into the house on Thursday, and check on everyone at feeding time on Friday. By Saturday morning, something had gotten 12 of them. We were upset at first thinking that maybe it was because they were all stressed and had started pecking the “strangers”, but there was more evidence as Mr. Fix-It and the Cowboy investigated. I hope that whoever our thief in the night was, he was in that tree that fell… 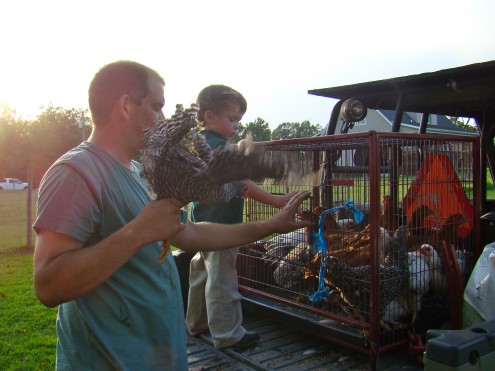 Then we unloaded everyone into the chicken house.

But we’re thankful that was the extent of the damage. We’ve lost a prime ewe several years before in a bad storm because a temporary shelter lifted and came down on top of her. And we had that whole fiasco when our shade shelter blew over and had to be fixed. On the whole we came through this pretty smoothly.

And we are thankful. 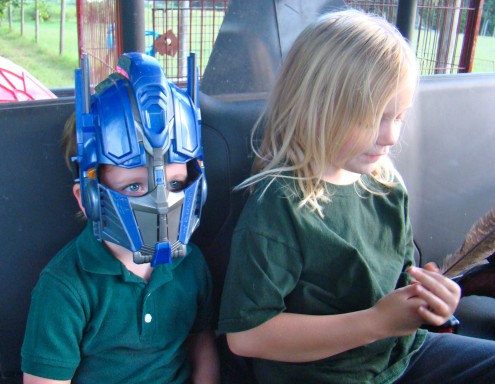 Our days just wouldn't be the same if we weren't unexpectedly joined by Optimus Prime regularly.

I think the kids actually enjoys parts of it. They got to break into the game cabinet for a while. They got to watch movies endlessly because we were all stuck inside (until our remote control got fried). And they got to sleep on the couches downstairs because Momma was worried about all the windows in their rooms (although they think it’s because we were having a special storm-edition of family movie night.) And I got to have everyone at home, safe, in one place, all weekend.