We were at a birthday party for my niece and nephew recently. They’re not twins, but their birthdays are a week apart in July. Bubba turned 7 and the Diva turned 5.

My sister and I had “dueling pregnancies.” {smile} My nephew is a month older than the Ladybug and my niece is only 5 months older than the Cowboy. (There were a lot of jokes when everyone found out I was expecting Speedracer.) Which means I have a party to plan now too! 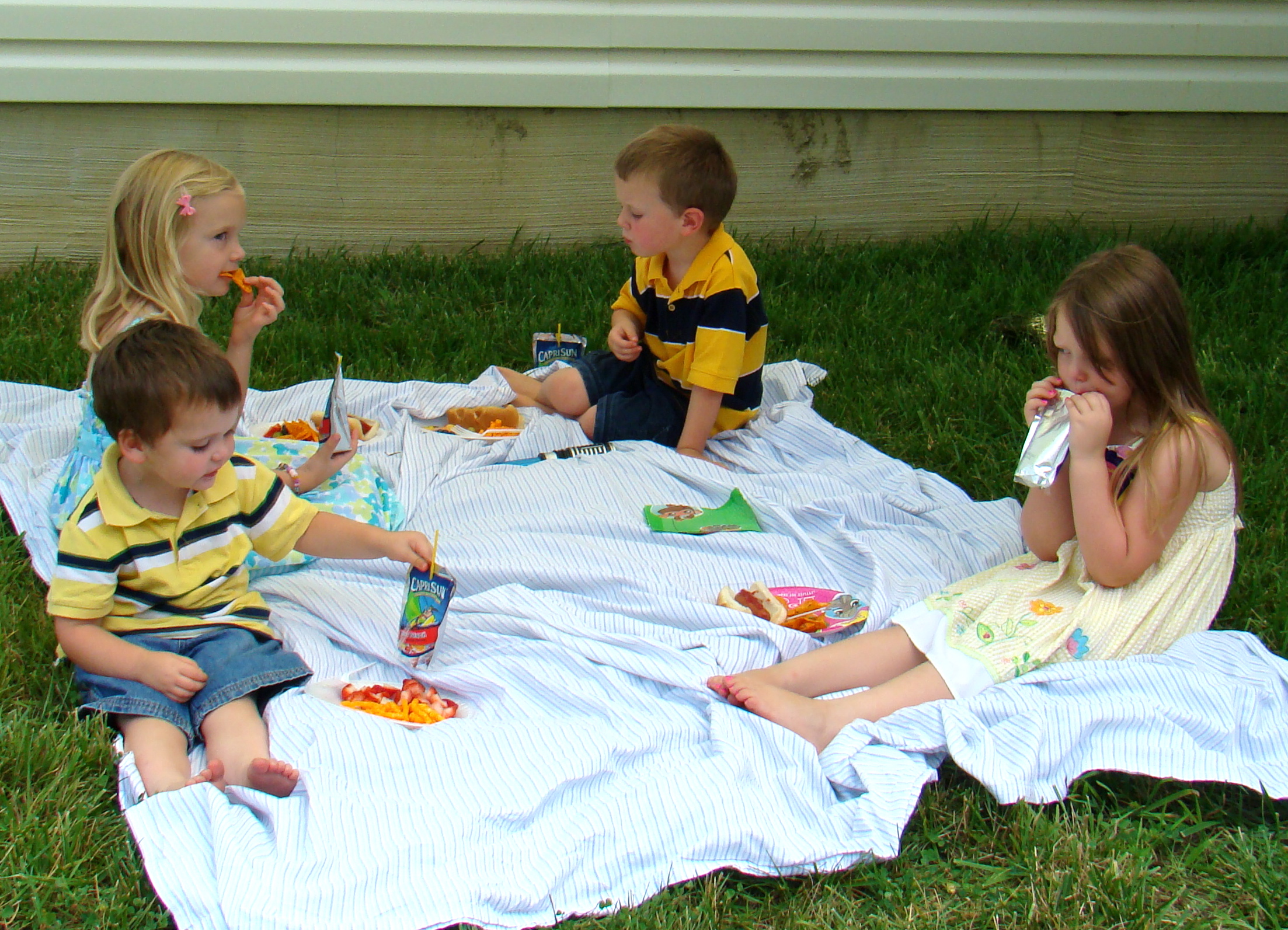 There was a picnic lunch with everyones favorite summer food!

The Ladybug and Bubba were best friends when they were younger, but as soon as the Diva could walk, she and the Ladybug have been inseparable when they’re together. I remember the fist time they played dress together the Diva was so young the Ladybug pretty much had to dress her for the game. It was adorable. We’re amazed with how far apart we all are and how rarely we get to see each other that they stay so close. We got the Diva an American Girl doll for her birthday and the Ladybug is already plotting an American Girl party when they come here in a few weeks for her party. 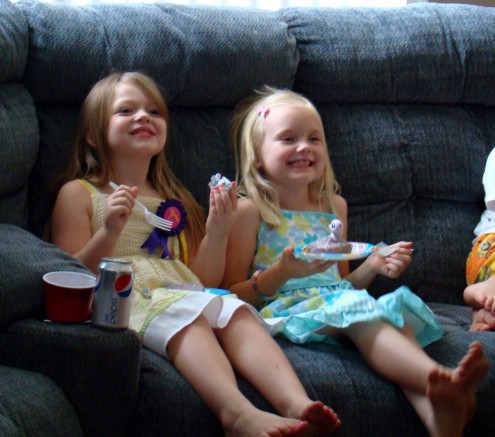 There was cake, of course!

Bubba enjoys having our boys around, but the age gap is pretty big right now. Our boys enjoy playing with someone else’s cool toys, but they don’t play video games or ride bikes well yet like Bubba does (and he’s pretty advanced for his age anyway). They bond well over anything that involves running and tackling though. 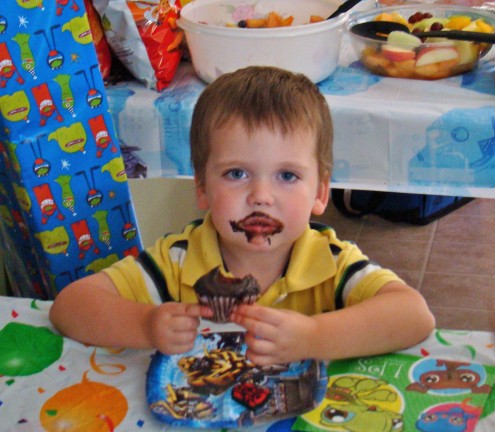 Oh yes, there was cake. And Transformers cupcakes. Speedracer was in heaven.

My sister lives in a nice, calm, young neighborhood so there’s other kids out and about around them too. A little younger, a little older, but it was pretty cool to see the kids gather around the driveway with their bikes and scooters–we don’t exactly see that kind of socializing around here. At least, not that young. Our kiddos aren’t allowed that close to the street here, since it’s 55. 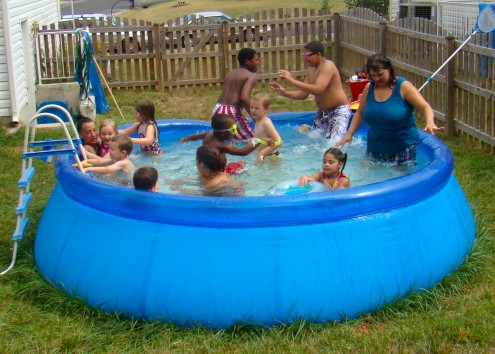 And there was awesome pool time!

I’m still trying to absorb the fact that I never found Speedracer passed out under the table or anything. From the time we got there on Friday my crew was go, go, go and no time for naps. The boys took a short one on Sunday afternoon after church, but they were up past 10 pm every night too. And my Cowboy was the last one up on Saturday night watching a movie for wind-down time. Almost 11 pm! 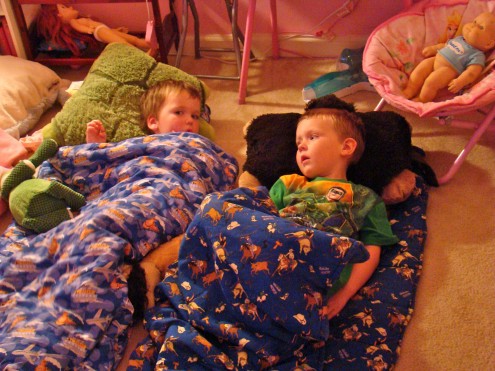 Eventually there had to be sleeping time too! All 5 of them "camped out" together in Gs room.

My sister and I snuck in some fabric shopping and sewing time too. She’s setting up her own workshop down in their basement and I’m totally excited for her about it. (She’s got a lot of room to work with!) She made an adorable tote along the same lines as my book tote, but with this great glittery pink and black fabric. (I’ll be forcing her to post it over at Fresh, so stay tuned!) I picked up some brown polka dots for only $2.99/yd!! And some fun lizards for my boys. So there’ll be some interesting stuff coming up soon.