We call him Felix. Or “Fee-Wicks” which ever you prefer.

We think he might have wandered up from the bridge, but he’s clearly bonded to our two barn cats, Liberty and Piper. 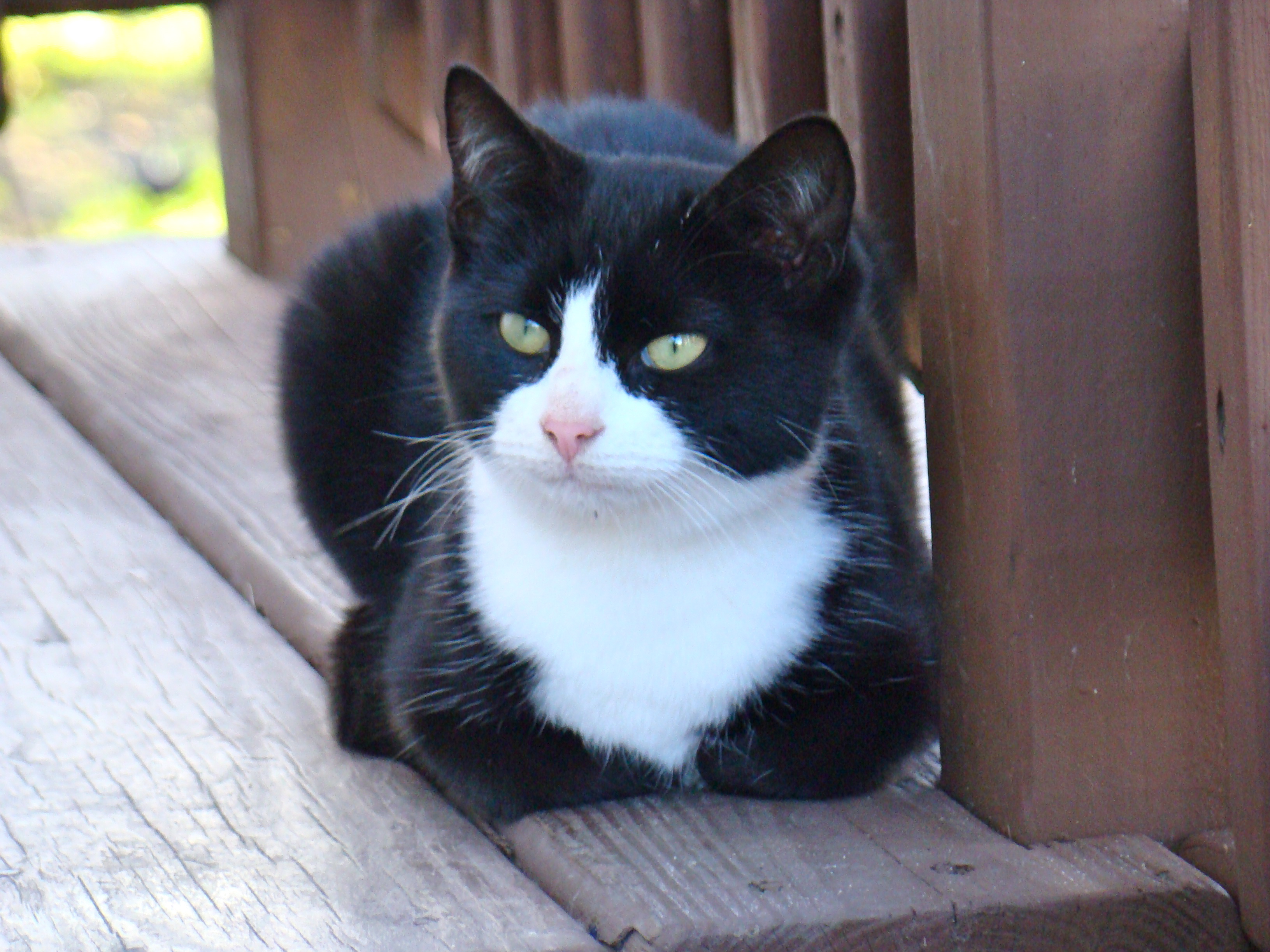 He's getting friendlier. He'll nap on the porch now.

The Ladybug’s been on a mission to win him over. So far he naps on the porch now, comes when she calls them for dinner, and the kids have been able to pet him a handful of times. 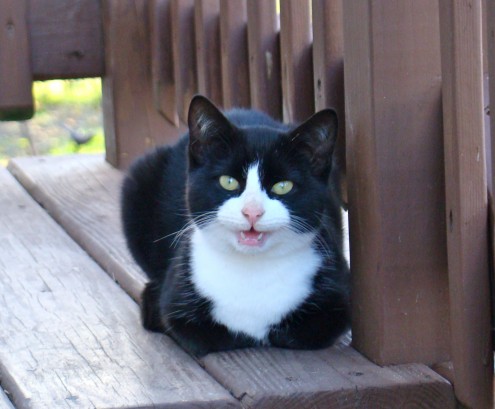 He seems to get along pretty well with the other cats.

We haven’t been able to trap him to take him to the SNIP van because we just keep catching our other two, already snipped, cats. So Plan B is to win him over with kindness, and then undo it all by shoving him into a cat carrier, snipping his favorite assets off, and then bringing him home to start all over. 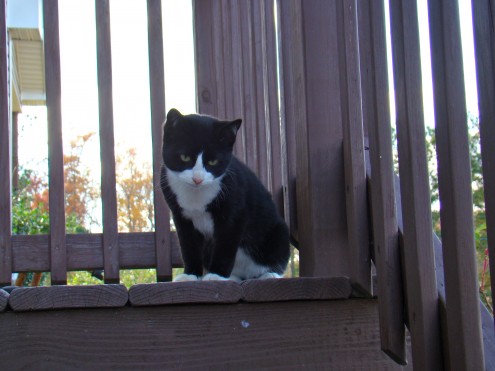 We would be a little more frantic about it than we are if he was a she. But now that he doesn’t run at the sight of us, I’ve spent a little time in visual study and I’m pretty darn sure he is a he. I’ve been known to be wrong. But usually only if I thought it was a girl at first and turned out later to be a boy. It’s hard to be wrong about seeing that someone’s got boy-baggage back there!

And now that he’s been hanging around a couple months, and now that we know he’s a boy and we won’t be hip deep in kittens in a month, and now that he actually naps on the porch…the kiddos and I thought we should start calling him something other than “that other kitten.” 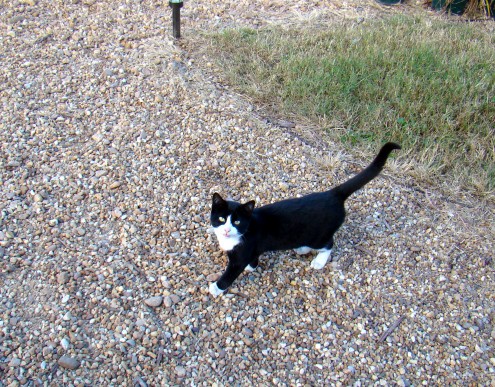 He's even getting used to being chased by Penny and just runs through the nearest fence rather than running and hiding in the hay stacks.

Mr. Fix-It pretended to protest when he heard that we’d named him. But he couldn’t keep a stern face when he heard Speedracer say that he got to pet “Fee-Wicks.”

Who wouldn’t smile at that?