This past weekend was not what I was expecting or planning for, but we did manage to get several errands run. And since we saved money on our aborted trip out of town, my upstairs project budget of “practically nothing” got expanded to “a little bit of something.” Not Better Home and Garden “something”, but a little bit more than the couch change I had before.

I’ll be sharing our adventures with chalkboard paint tomorrow! But today I wanted to share a project that Mr. Fix-It did a while ago that is not going anywhere in this decor update. 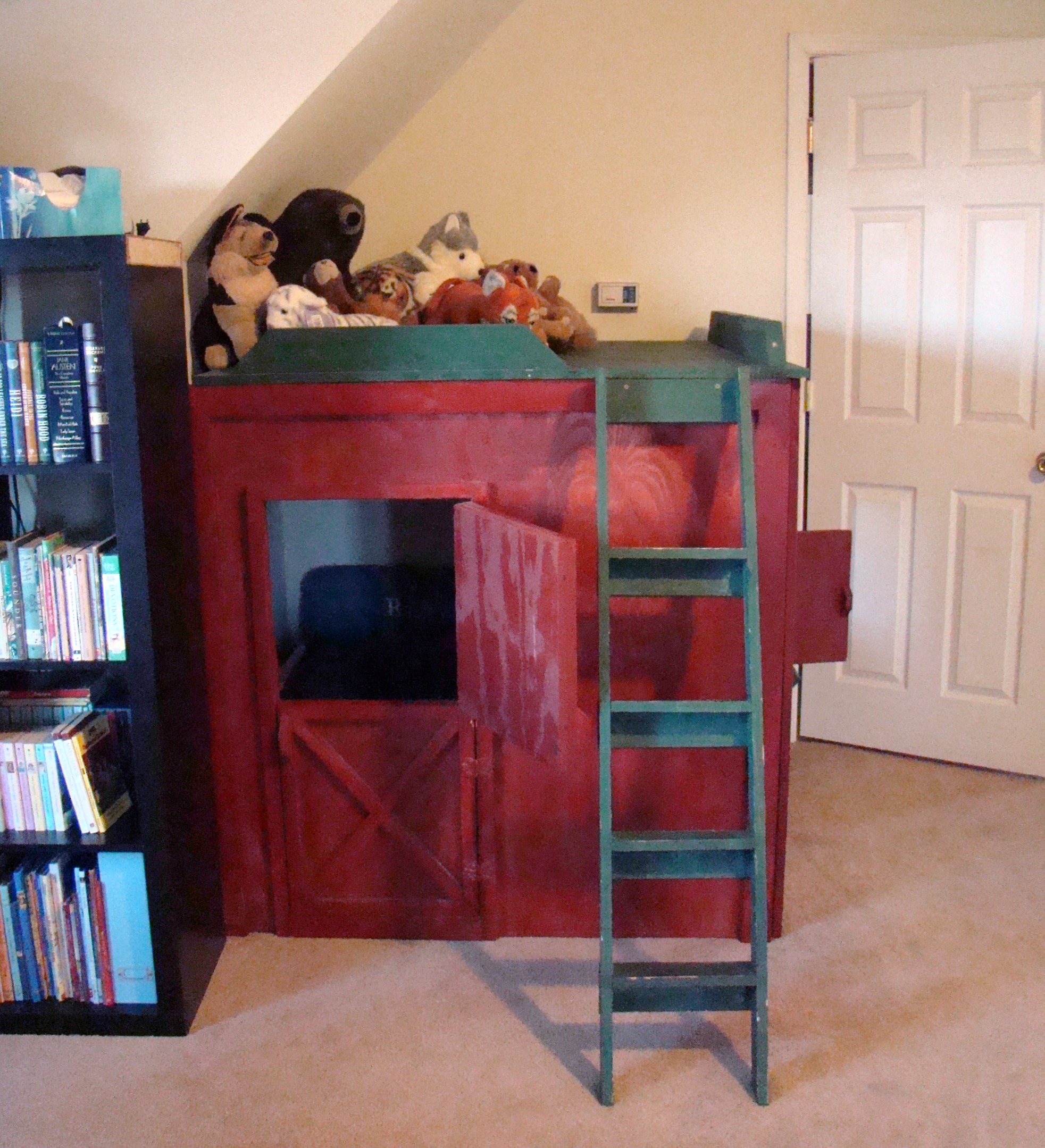 We call it "the barn" because we used left over barn paint for it.

Mr. Fix-It made it for the crew a couple years ago, I guess. (Wow, time flies!) It’s just two walls, cut to fit snug under that slope of the roof, and then a separate roof piece that fits over top and holds it all together. It has a double door on one side, and a window on the other side.

It’s completely sturdy. They’ve never knocked it over or down, and the roof is actually flat with a ladder because he made it sturdy enough for them to climb up there. The rule is one person at a time, but it can hold all 3 of them without endangering anyone. 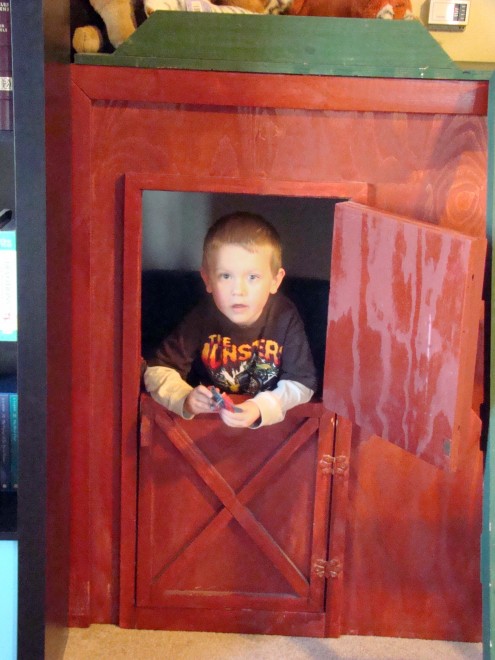 The Cowboy in the doorway.

It’s tall enough that the kids can stand up inside of it and there’s room for 3 sleeping bags, if they squish. The biggest drawback has been that it puts the thermostat right in fingers reach when they’re up there. I can honestly say I don’t think they’ve messed with it on purpose. We laid down that rule pretty firmly when we set it up. But it’s been bumped more than once all the way up and all the way down. They’ve gotten better about it as they’ve gotten older–and had to sleep up there when it got bumped down to 60 and up to 90. 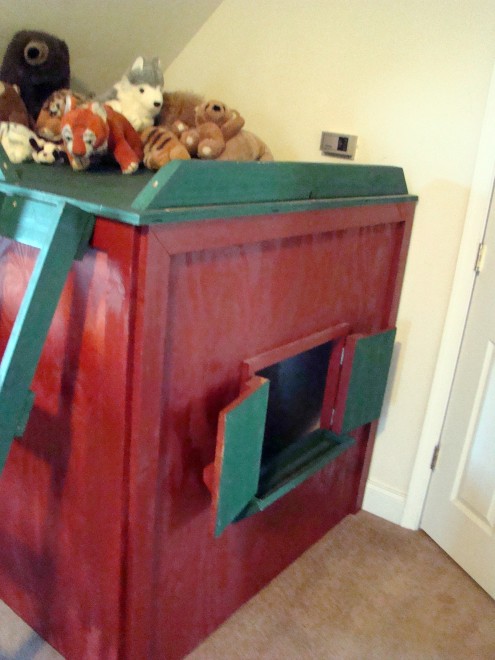 The window side. It has a window box, but we've never put anything in there.

I was wondering if they were starting to out grow it, but I’ve watched carefully the last month or two and they’re not. It’s like a fixture of their space. They don’t even seem to realize that they’re incorporating it in their pretend games or play time. They’re just in and out constantly. Sometimes they shut the door and window and use their flashlights. Sometimes they play hide and seek and you hear the door slamming endlessly. Sometimes it’s their winter den, or their dog house, or their cabin and they’re shooting the bad guys out the window. 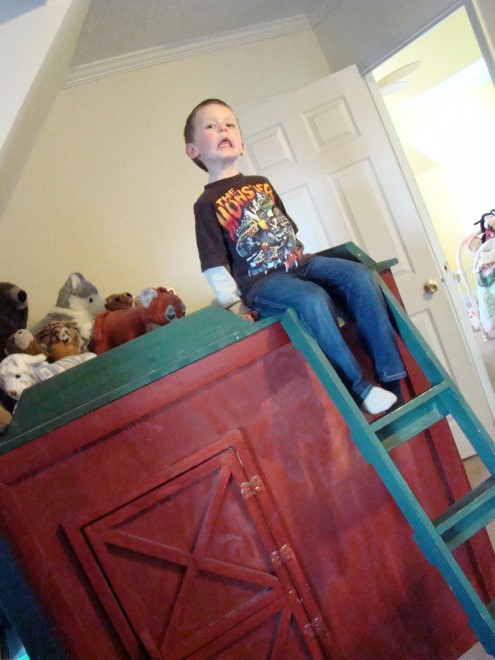 I thought at first he was missing a foot, but it turns out he's just wearing mis-matched socks.

We did have a unfortunate series of events involving the roof and the air mattress. It turns out that an air mattress has a lot more bounce than one would expect–which we discovered after someone catapulted the little guy into a bookcase. By accident. So I was told.

But hey, these are the things childhood is made of, right?

We sacrificed quite a bit of space in our upstairs bedrooms and bathroom to fit the playroom in. We didn’t design it solely as a playroom, but these little years have certainly validated our decision. That playroom is the hardest used room in our house other than the kitchen.

My sister and I shared a room and had a playroom when we were that age too. Do you have room for a playroom?