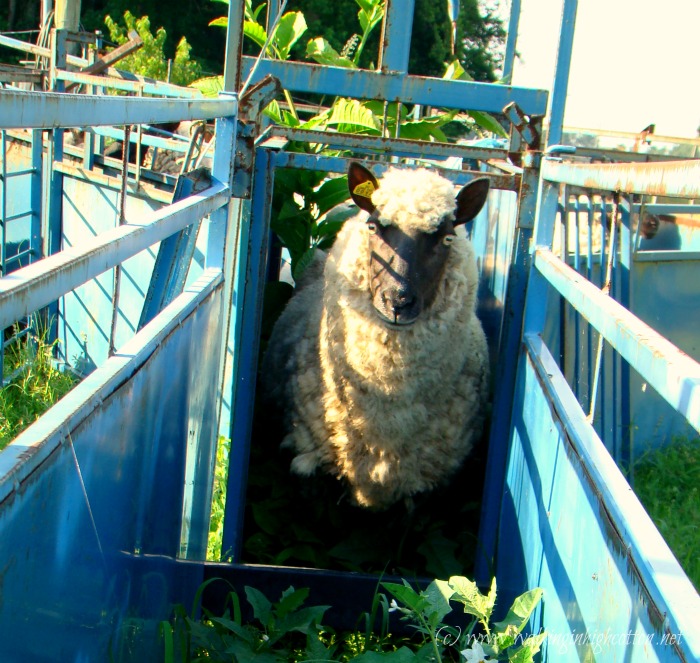 This is the first time our sheep have been in the chute in several months. They took care of all that overgrowth in minutes.

But as I was walking out the door to set up, the kids started hollering that a chicken was out.

It turns out that the field chickens were out. 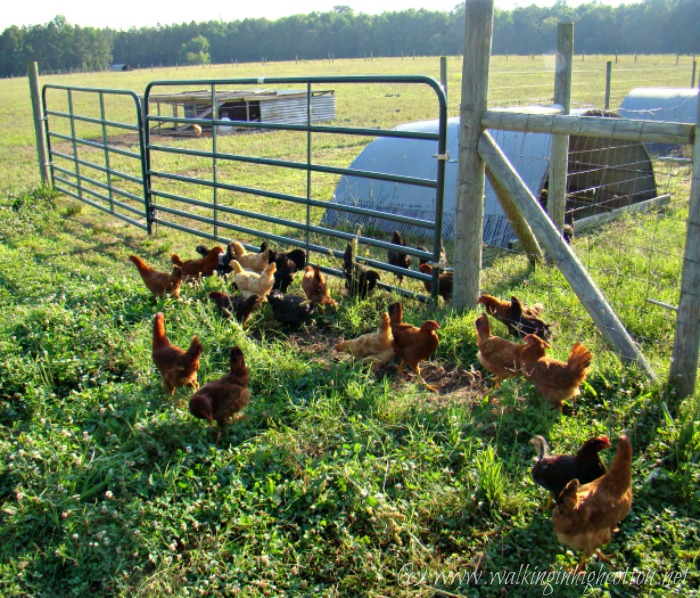 You can see a straggler or two in the very back just slipping out of the pen now, as I watch.

They were having a blast out there, catching bugs and eating grass and just running around investigating and scratching and clucking softly to themselves. And they immediately ran to anyone they saw–especially anyone carrying a bucket! Little groups of them would follow me around as I went from garage, to field, to garage, to house, gathering supplies and hustling the kids into their work clothes. 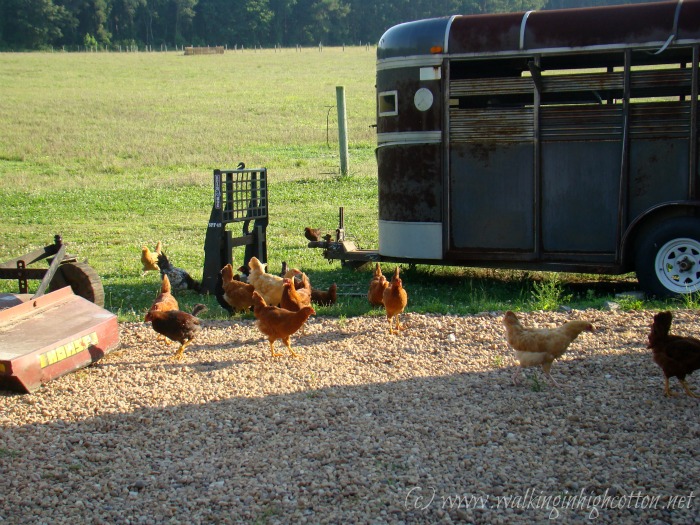 We didn’t want to waste the cool morning since we had to work sheep, and our little flock was staying nearby, so we left them out to forage until we were done with the sheep. It was good for some laughs. They wandered around pecking curiously at boots and pants, and one even pecked the Cowboy’s hand while he was working a gate. Since there were no roosters to worry about, it was kinda cute. 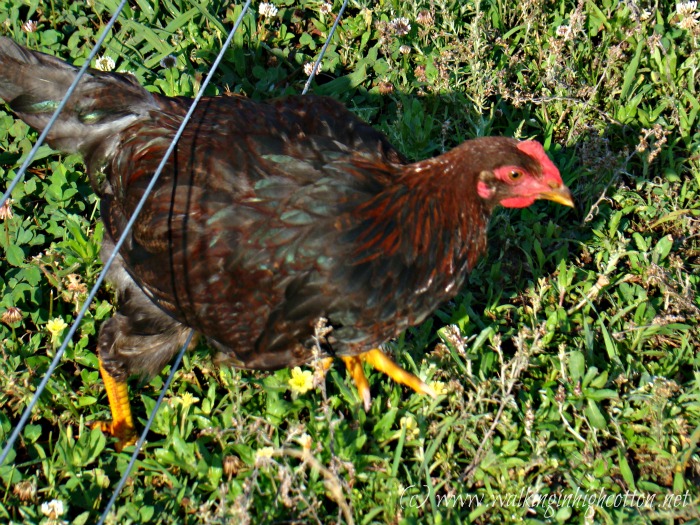 Here's a shameless Partridge Rock slipping through the fence right in front of me.

We had one little New Hampshire Red that kept wandering fearlessly into the sheep pens and we had to keep saving her from being trampled. Our little cow was curious too and would sniff the hen and touch noses (beaks?) with her. But the sheep didn’t find anything amusing about the whole process. 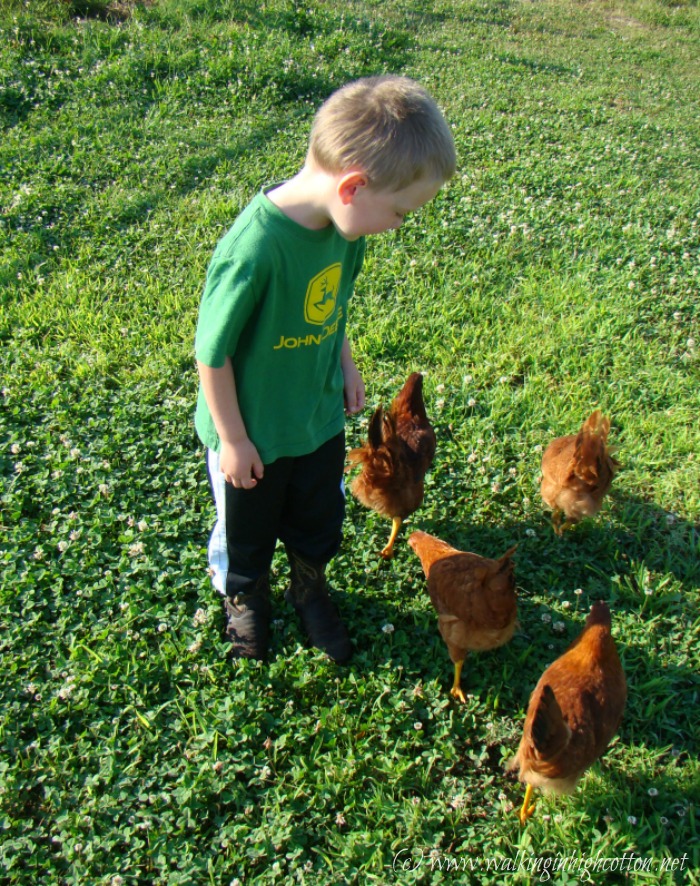 They weren't the slightest bit shy.

The Ladybug and I rounded them all up with a bucket of feed after we finished up the sheep. Then I patched what I thought was their escape hatch with some zip-ties. I must have missed a spot though, because they were all out again this morning when Mr. Fix-It went to leave for work. So I guess we’ll be rounding them up again when I get home this evening.