Here’s 10 things I’ve learned this week (along with some terrible camera phone pictures!)…

1. Almost 8-year-olds think they are perfectly capably of trimming sheep hooves if someone will just hold the sheep for them. And it turns out they actually are if you just give them a chance and some practice. 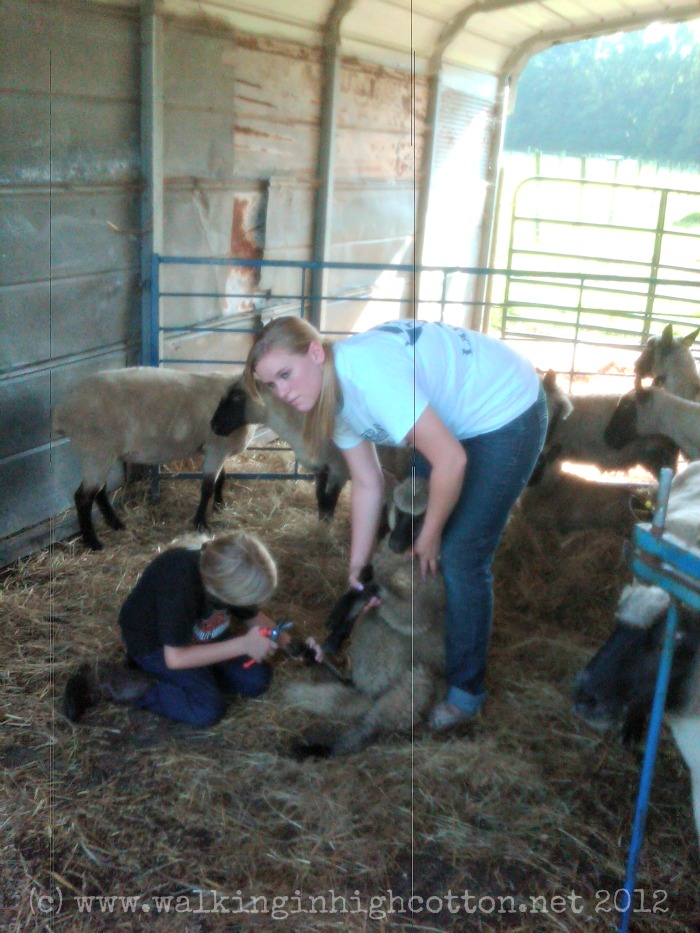 2. Five-and-a-half-year-olds think they can too. They really can’t. Your best bet is to have them stick to handing you things back and forth from the bucket of supplies.

3. Working sheep when your washing machine is broken can leave you with a very stinky mudroom. Save yourself the headache and some Lysol spray and turn all your dirty barn clothes inside out before you stack them in the laundry basket.

4. Speaking of which, here’s a big lesson–don’t ever skip doing laundry for a week because you feel caught up and Mimi was kind enough to send the kids home with a week’s worth of clean clothes. Your machine will inevitably break at the end of the week of clean clothes, not the beginning. 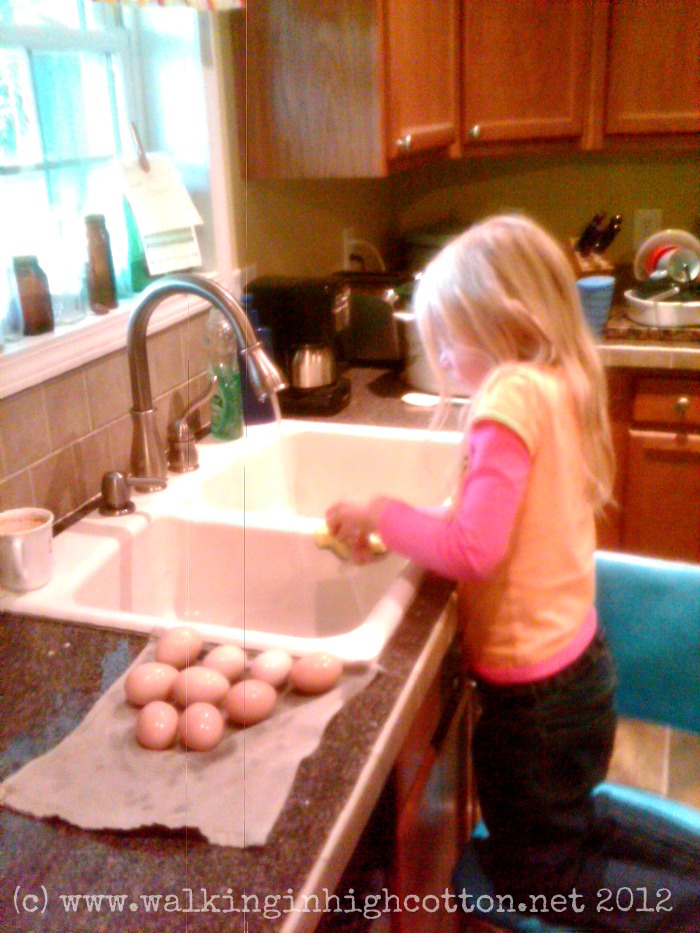 Here’s my almost-eight-year-old scrubbing more eggs in her favorite long-sleeve shirt that gets worn at least once a week even though it’s 100 degrees outside.

5. Want to know who the dumbest sheep in the flock is? Look for the one with the bald spot on its neck. That’s the one that has rubbed all the wool off its neck from sticking its head through the fence–even though it gets stuck at least once a day and someone has to go out there and shove it back through.

6. Your favorite baby chick will inevitably turn out to be a rooster, no matter how much you paid for all female chicks. Or how much you were in denial and tried to tell yourself those lovely tail feathers were just the sign of a fancy heritage breed hen and that crowing at 5:12 am was really just a sick turkey. 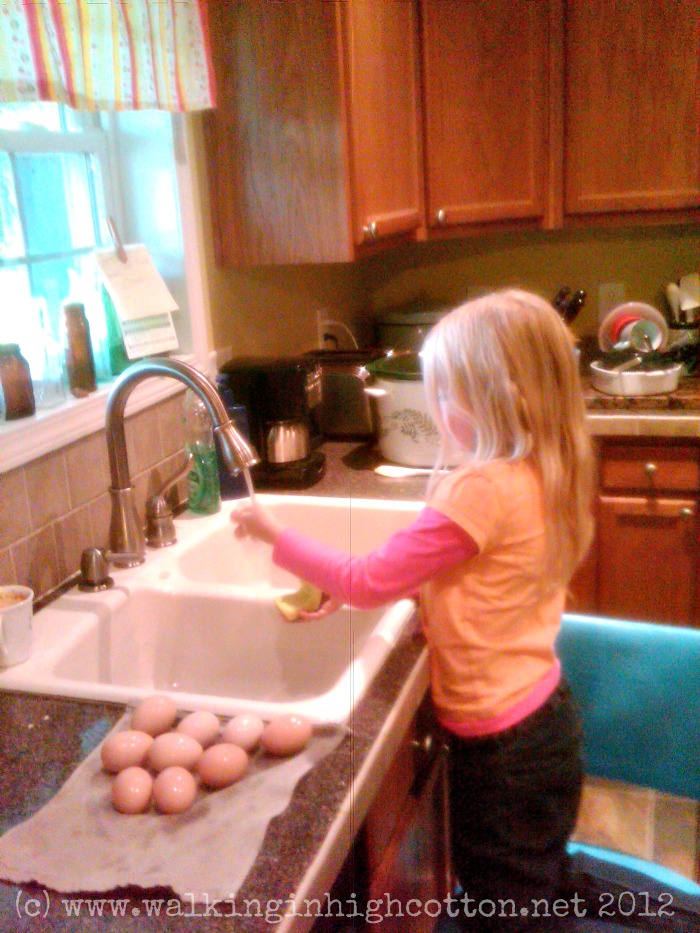 It’s pink and orange with a giraffe’s head on it. And the giraffe is wearing a silver glitter scarf around its neck. Who comes up with these designs?

7. Fencing is probably not the most recommended Olympic sport viewing for active little boys. Speedracer immediately snatched up an empty shoe box from our recent back-to-school shopping excursion, secured it to his head with a rubber band, and started whaling away at the other two with his Thor sword.

8. A shoe box does not work out well as a face mask. Umm…you can’t see through it. But I could not convince my boys that even though they look solid, they aren’t. We were not allowed to cut eye holes in them. 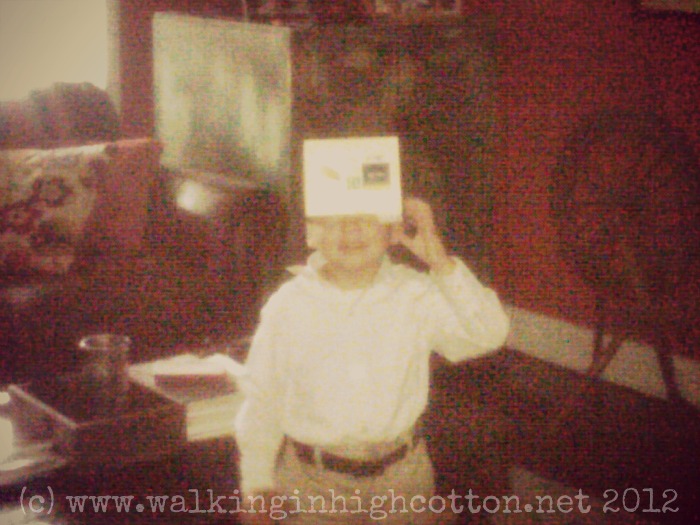 That’s my Speedracer with his “sword mask.”

9. There is no such thing as a “knee-length” skirt any more. I’ve found “above the knee,” “high above the knee,” and even “mid-thigh” but no knee-length. And certainly nothing “covering the knee while sitting.” We’re sewing our own clothes this year!

What did you learn this week?