Is this week over yet?

It’s been a rough one! {wobbly smile} 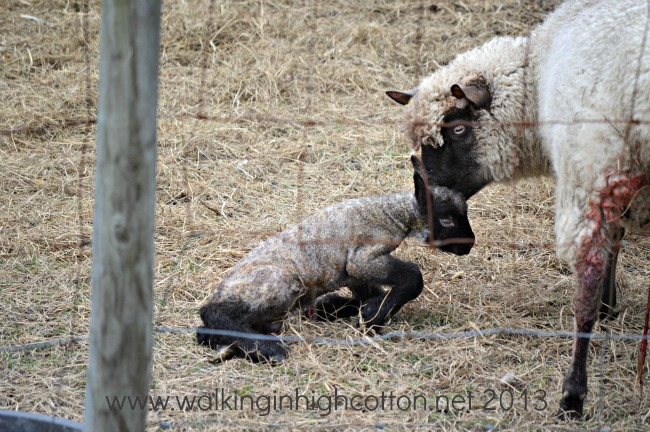 Last Friday night we had family movie night, as usual and everything was fine. We went to bed and suddenly around 3 or 4 o’clock there’s the terrible mommy-scream. {You know the one I mean. The “MMOOOMMMAAAAA!” that sounds like someone has broken 27 bones and jabbed a hot poker in their eye.}

And twisted my ankle…And half dragged myself up the stairs on my hands and knees….and found my Cowboy spilling his guts out in the bathroom while chanting, “I’mdyingI’mdyingI’mdying…MMOOMMMAAA!” between episodes. 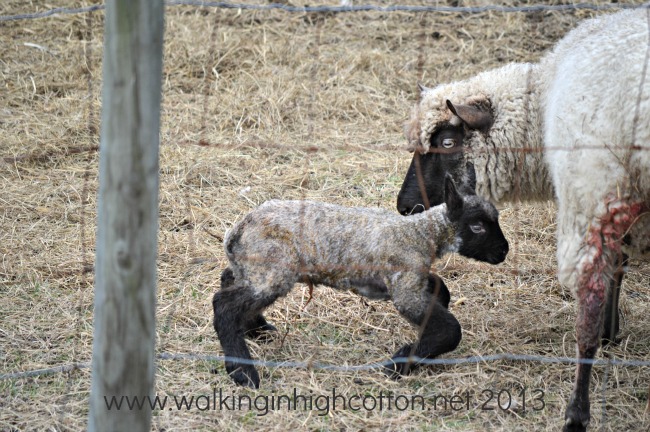 We got him laid out on the couch and it only lasted a few days. {sigh}  And I was thinking, wow, really dodged a bullet. Didn’t have to take off work because I’m already home, this could have been so much worse! (The blueberry incident not withstanding…) 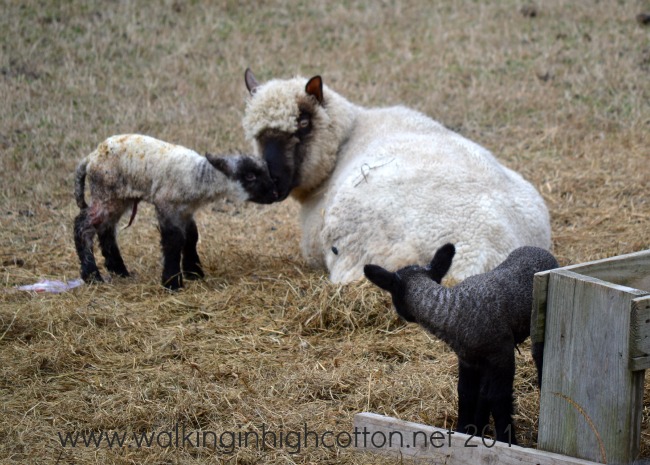 Then Tuesday morning we had some lambing chaos. I actually posted most of it in real-time on Facebook, since a lot of lambing drama is us sitting around (in the cold!) with a towel, watching to see if she really, really needs or our help or not.

We ended up with two ewes in labor at the same time. Both having trouble. One produced a big stillborn lamb that seemed to have swallowed a lot of fluid (probably from such a long struggle to be born) and wasn’t breathing.

The second ewe was in serious labor but not making any progress either. She finally collapsed right at the feed trough and Mr. Fix-It helped pull the lamb while I tried reviving the first one. The second lamb was alive and fine, but we had no success with the first one. 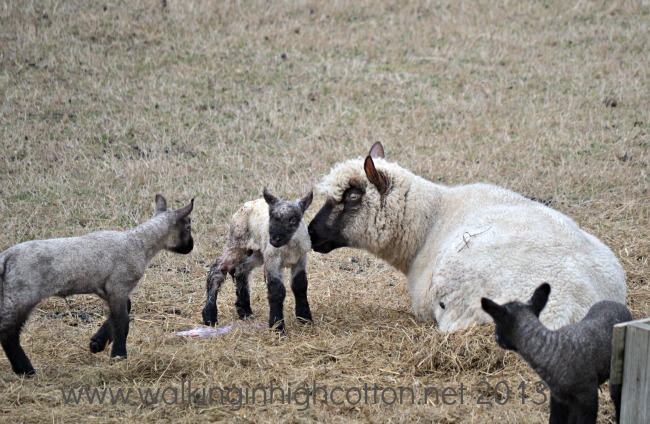 Then Mr. Fix-It and the kiddos head off to school/work and I helped the second ewe scrub up her new lamb to make sure he was ok after all that.

And then what do I see?

That first ewe is suddenly presenting another lamb! (That means I could see the little one’s feet, if you were looking for details.)

And she’s struggling. After 10, 20, 40 minutes, she’s making no progress. (Once you see the feet, it shouldn’t take more than about 20 minutes to have a lamb on the ground.)

And she did not want my help. 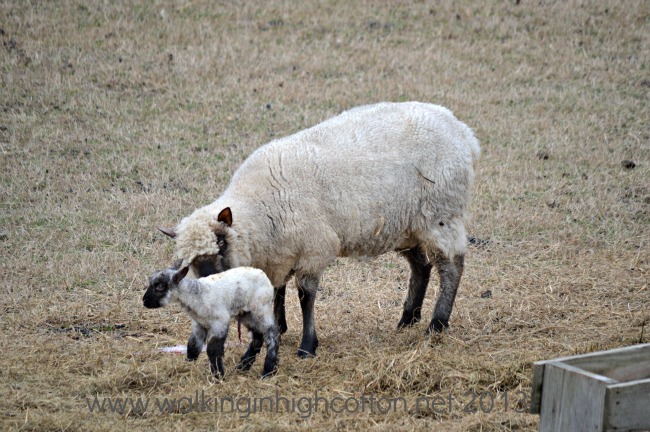 It took over an hour of more hard labor, and a flying tackle on my part–and bruised shoulder from hitting a fence post, because as I demonstrated on Friday I’m a little accident prone!–but VICTORY! Another healthy little lamb on the ground!

That makes 9 total so far this year and we’re half way through the flock. 7 more ewes to go… 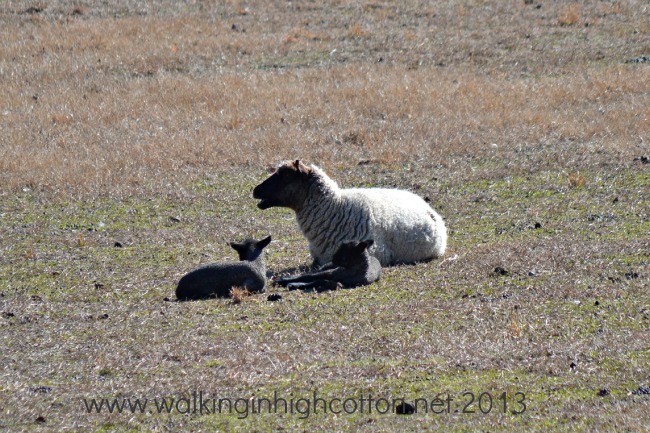 So I was thinking we’re home free for the rest of the week, other than a huge meeting for work looming up on Thursday. I picked the crew up from school on Wednesday for our regular church-night-frozen-pizza routine and the Ladybug gives me this green around the gills look and says she doesn’t feel good.

And all I could think was “Thank goodness she made it out of the truck first!”

How’s your week going? Tell me all your good new! I could use a little encouragement. {smile}