Well, I gave in the other night and agreed that we should sit down and name our rainbow flock of laying chickens. The Ladybug is setting up quite a little egg enterprise over here to raise money for missionaries and, well, it seemed like the right thing to do. (Mr. Fix-It thinks it’s ridiculous.) 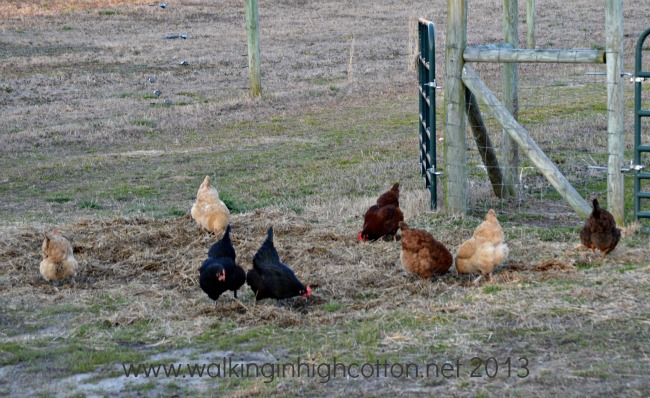 I decided that I would name the chickens, but everyone was allowed to submit names, in case there was some filtering necessary. 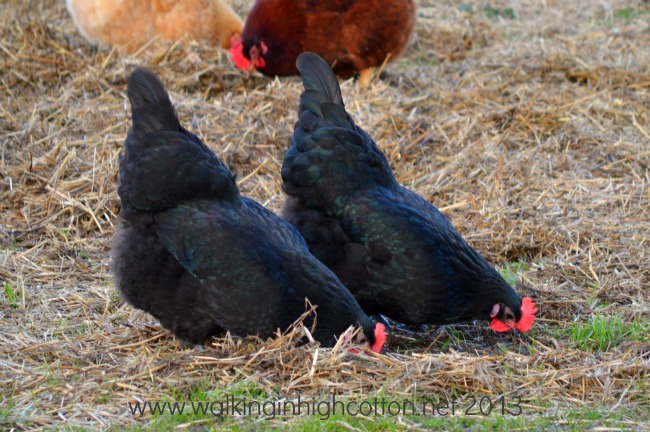 We named the Reds Henny and Penny.

We named the Buffs Sunny, Lady, and Peaches. 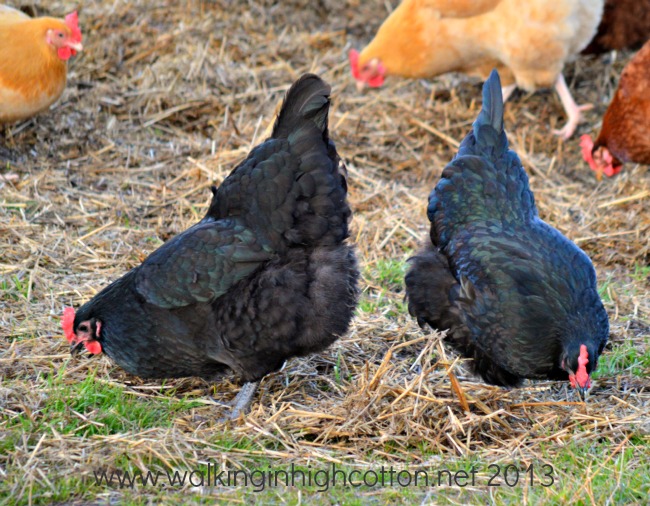 It was an interested 30 minutes in the truck, to say the least. The Ladybug and the Cowboy had an extensive argument about naming chickens after cows–which is how we discovered that apparently the Cowboy has taken it upon himself to name Molly’s most recent calf, Peter.

Since Peter is destined for hamburger, I’m not sanctioning that naming.

But he’s out there hanging with the cows for 20-30 minutes every day while he fills water buckets, so I see how it happens. I mean, I’ve mentally dubbed my favorite ewes Bug-Eyes, Fatty, Curls, and Fur-Face. (Perhaps not as classic as Molly and Peter, but I understand how you have to call them something when you talk to them every day!) 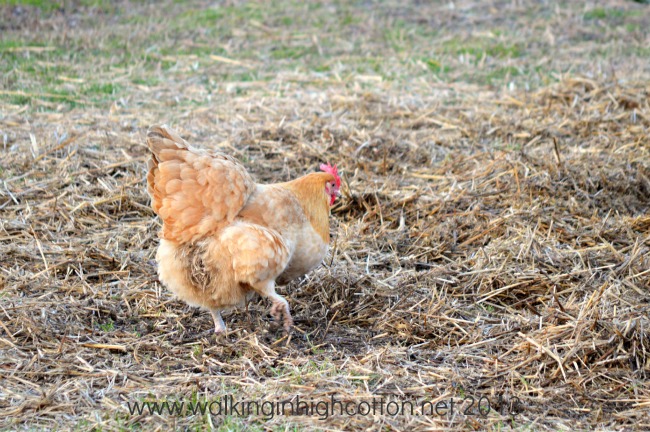 We’re pretty strict about not naming animals until and unless we are sure they are staying for a while. And the few times we’ve broken that rule (usually under the influence of non-farming folks) I have lived to regret it with the kids. They accept what we do, but they still have to come face-to-face with hard decisions regularly. There’s no need to make it harder by making them deal with sending “Little Tony” for “the long walk.”

But we don’t mind naming the breeding stock that we know is staying around for several seasons or years. (Well, Mr. Fix-It doesn’t care one way or another, but the crew and I enjoy it.) We’ve named all the cows and most of the laying chickens (I was late with this group because I was still a little traumatized by that illness that swept through last summer). We’ve always named our rams. The ewes tend to get nicknames based on how we recognized them more than “formal” names like Spotted Legs, Ripped Ear, Fat Tail, etc. (Kinda reminds me of American Indian names, the kids will love that angle!)

How do you go about naming your pets or farm animals?