Well, the crew finally got snow days! I don’t think they’ve had school cancelled for snow in at least two years. And how excited was Speedracer that our first snow of the year came on his birthday last week? 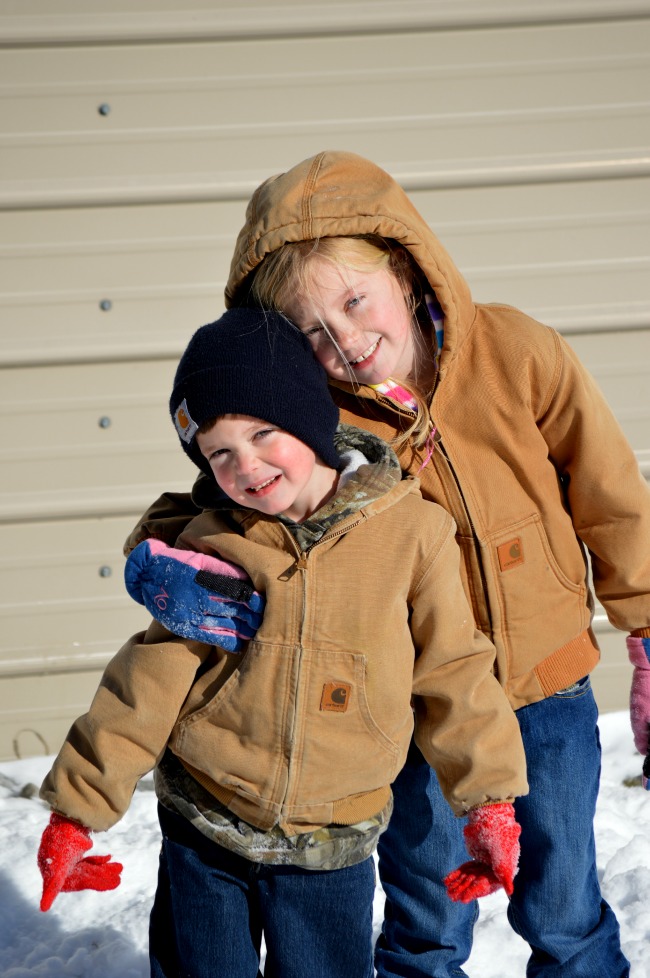 My “baby” turned 6 last Wednesday…excuse me if I kneel over and die right now.

And then I was home alone with a box of tissues and some chicken noodle soup on Friday. I can’t figure out how the munchkins can go out and play in the snow and do chores several times a day for a week, and I end up with a head cold!

But I am glad that it’s not them. 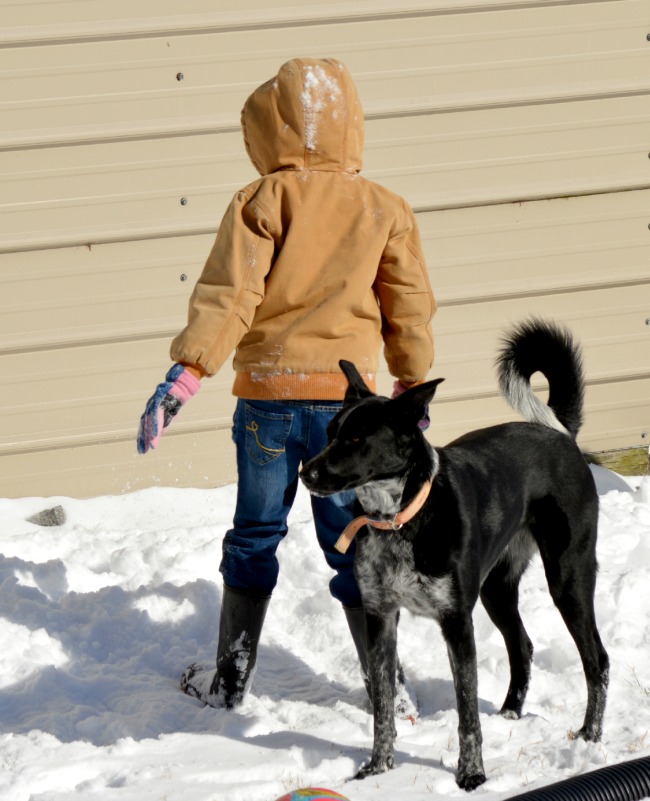 I think Penny might have loved the snow more than anyone. We couldn’t get her to come inside!

The animals all seemed to weather the weather just fine. {smile}

We had a couple frozen eggs. The kiddos check the boxes twice a day, but if a chicken lays one right after they leave the house in the morning, it will be frozen by evening these days. Unfortunately, we had to throw them a way because they cracked from the expansion. I think we’ll be checking 3 times a day when we’re home for right now. It’s 50 today, but supposed to be back in the 20s by tomorrow with more snow on the way. 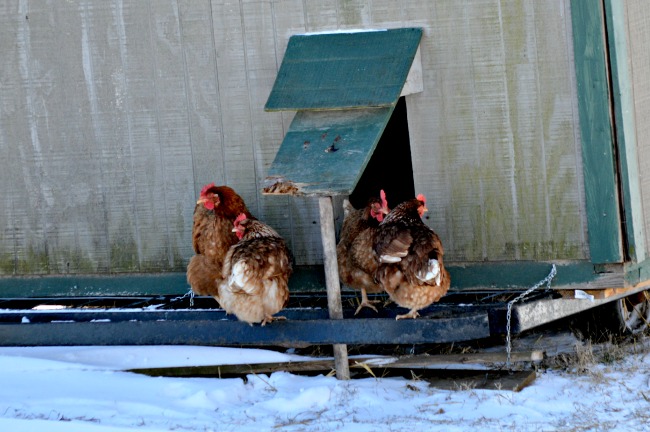 The chickens were definitely not so crazy about it. We hardly saw them all week!

And of course, the sheep don’t really care as long as they keep getting fed twice a day! Lambing is right around the corner and food is pretty much all they care about right now. 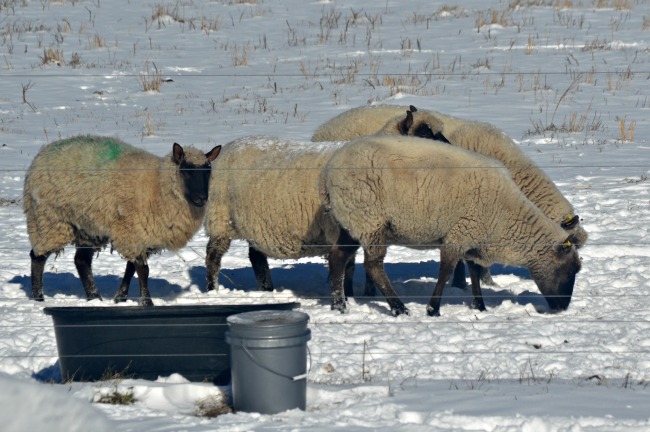 We’ve been watering by the bucket-full again. It takes about 10 trips with a 5-gallon bucket to fill their black water trough.

We did crafts, we did legos, we did reading time and workbooks and made cards for family and forts upstairs and watched movies and ate in the living room and just generally lived it up this week. {smile} It’s the little things that the crew gets the most excited about–like having Family Movie Night on Wednesday after they announced no school on Thursday. 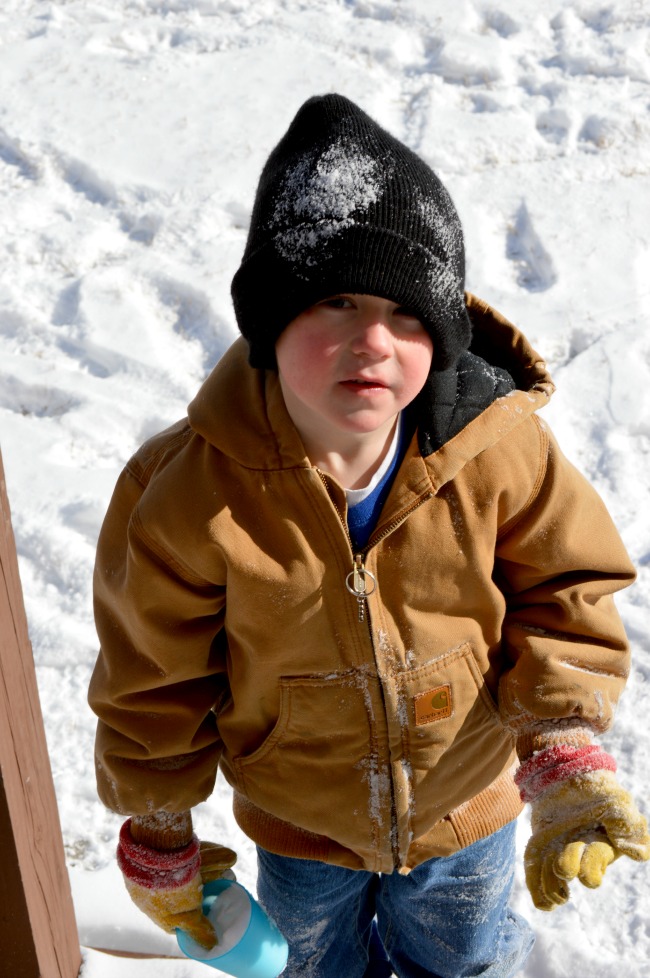 The Cowboy played hard out there–and came in soaking wet every time. He went through a lot of socks and gloves last week!

They’re already making plans for being off this Wednesday {sigh} although I’m not holding my breath. Two “major” snows in one winter is kinda a record for us. {smile} 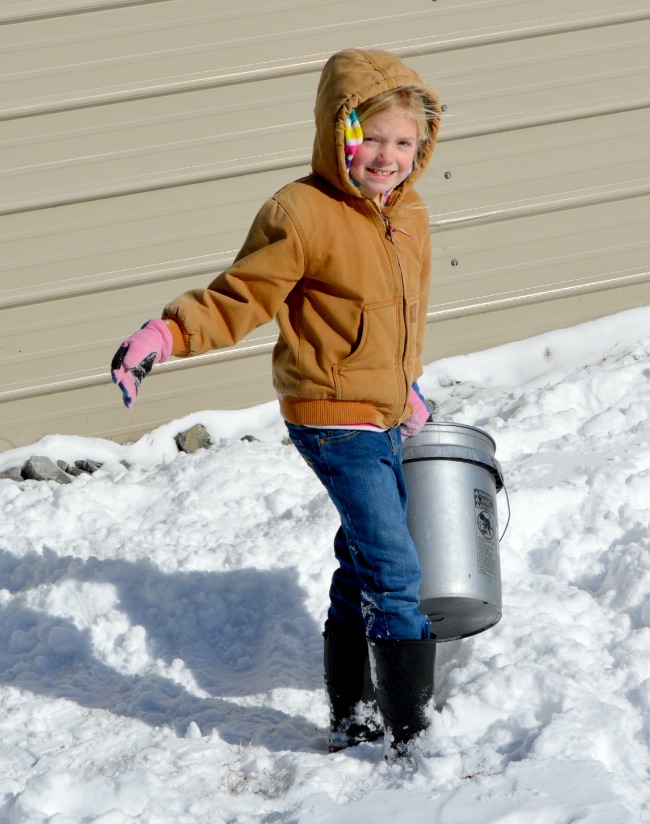 Our buckets were doing double time as chores and snow plows.

Speedracer usually played out earlier than the other two. He’s not a fan of being cold.

And he’s a big fan of hot chocolate. 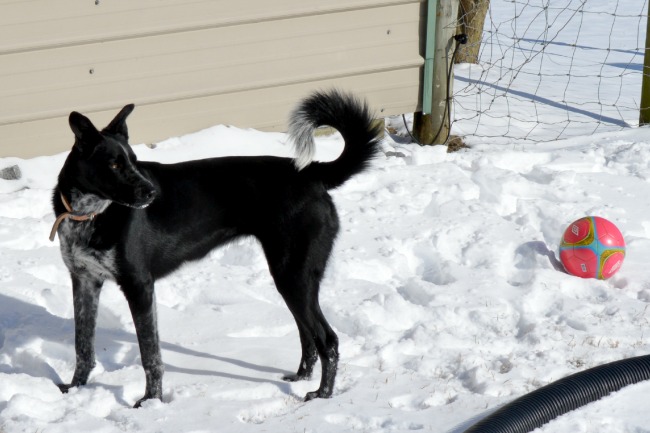 Penny even went over to visit the neighbors a few times and play with their dogs in the snow when she’d worn the kiddos out. (I bet they loved that.)

I’m sure some of our readers out there have gotten lots of snow and had some great snow day adventures–we’d love for you to share them with us! Leave a comment or a link to your blog post in the comments for the crew and I to look up on our next snow day!