Well, I suppose I’m back to our daily life again, so I’m back to putting words in this space again. I may usually hate change, but it is occasionally soothing to know that time continues to flow. That the seasons continue to cycle. That change can bring renewal as well as destruction. That dead trees come back to life each spring. That new lambs are born each year. That no matter how far you travel from home, the mosquitoes will be waiting when you get back.

There is a fresh perspective that comes only from missing the daily grind which you previously found so overwhelming. 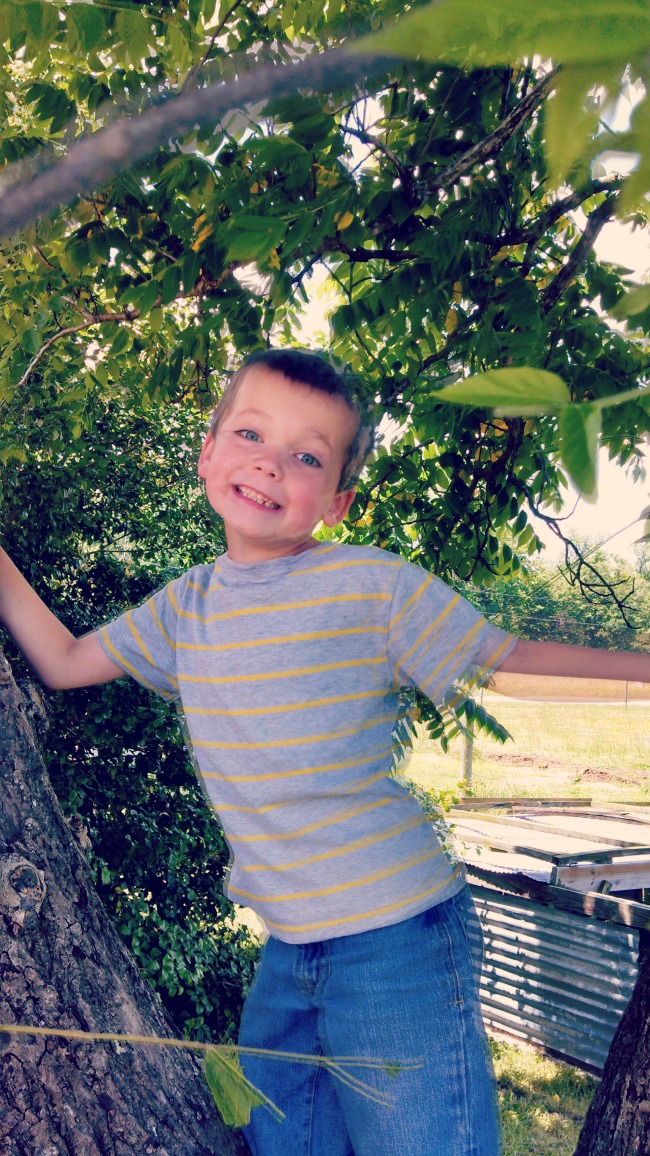 So here we are…cutting grass, moving sheep, raising chicks and washing eggs. Living in our moments, together, whether they are good or bad. Over the holiday weekend we had plenty of chores and projects to keep us busy and several helping hands that came along to visit and join in.

We had previously moved our first batch of chicks from in the house {smile} to the water trough, to the brooder house, and now it was time for them to move out of the brooder house and into the field. Mr. Fix-It and I had a brief conversation about the field pen. Oh, our poor, much-patched field pen! The question was, do we rebuild? Or just repair. Again. 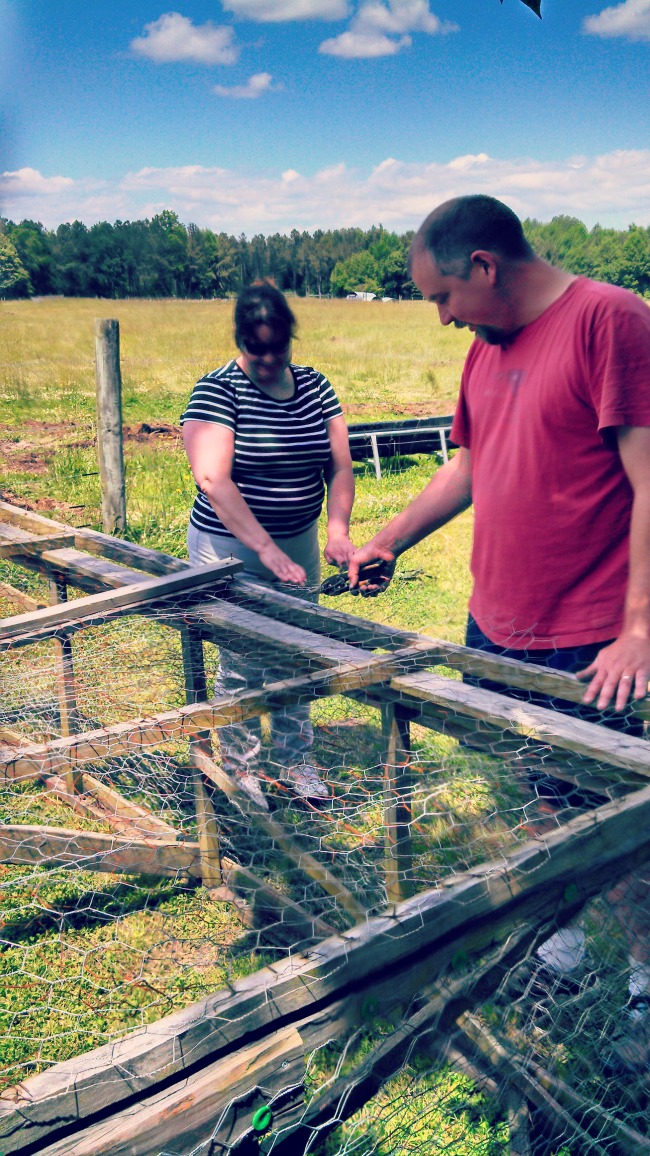 And what level of “repair?” Do we take it all apart, wrap it with new chicken wire, and put it back together with the same pieces? Would the existing pieces even survive being dis-assembled and re-assembled? Do we try to pull the original staples out, or just cut it off? Do we just patch it, again? Do we wrap the outside without taking any pieces off, but possibly have gaps? Is our biggest concern predators getting in, or the chicks getting out?

Our field pen (also known as a “chicken tractor”) is about 5 years old now and is out in the weather all year round, plus getting dragged around the field regularly during chicken season. It has to stand up to a lot of abuse–while being light enough to be mobile. We went with a mid-level repair, wrapping the whole frontage and top with new wire, but not taking all the old wire off. The structure might not have held up to that much abuse. 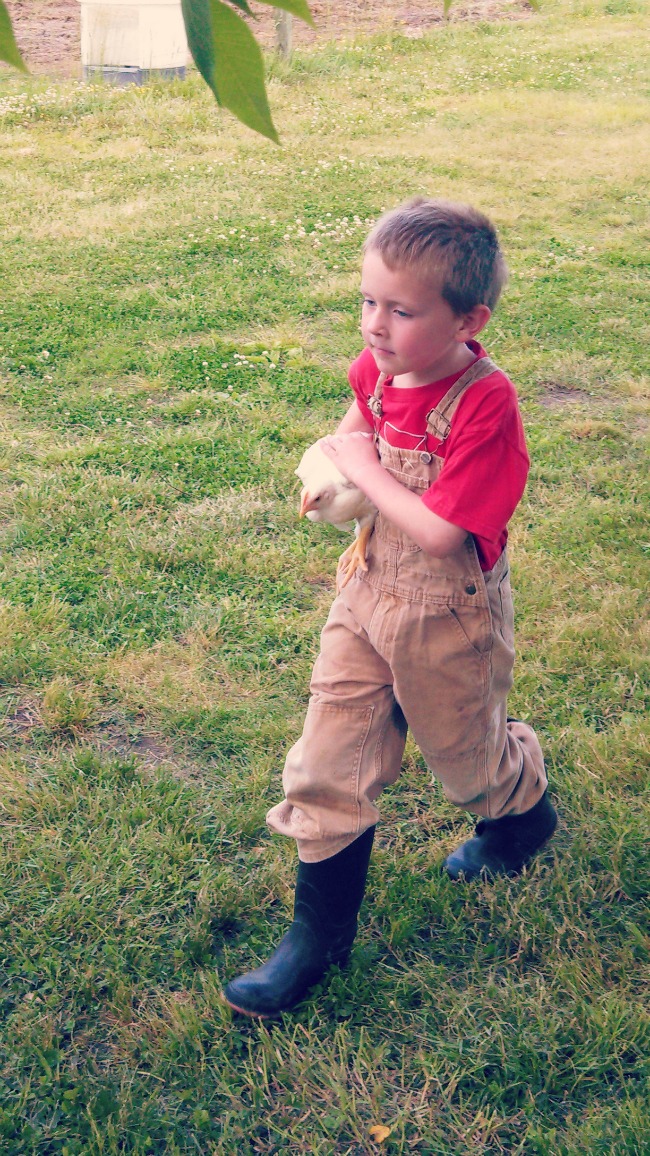 Then we moved the chicks in. They are ____ weeks old now–and that’s about half way through their growth cycle for the meat chickens. We’ve already got a second batch in the brooder house coming up behind them. We put the chicks in the pen while it was close to the brooder house, then sloooowly moved the pen to the starting position for daily rotations. The chicks don’t get the idea of just walking right at first. (Oh, the things we take for granted! LOL) But after a few daily moves, they catch on quickly. 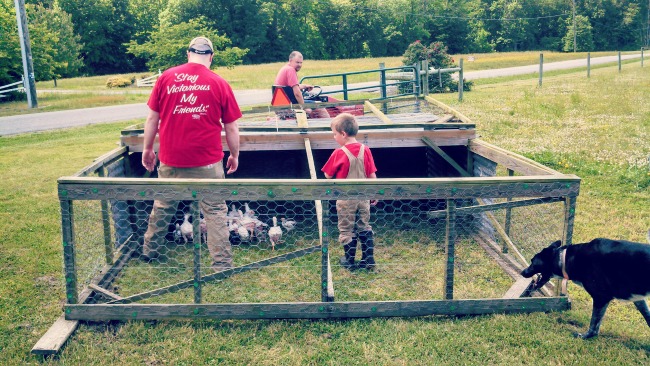 Moving the pen into position the first time is a little tricky, but the chicks get the hang of it after a few daily moves.

We were also expecting the sheep shearer this weekend, but he wasn’t able to make it. So that’s been put off until later this week. I know our ewes will be glad to shed their winter coats in this hot spring weather!

I did a little work on reclaiming our gardens. Our onions are doing fine. Our raised bed raspberries are doing ok, but not as good as our wild raspberry transplants from a few years ago. Our green beans and sugar snap peas are coming up, and we’ve got a few cabbage and brussel sprouts hanging in there. We were very frustrated by the weather this year (like just about everyone else, I think!). The cold snap, and then a 3 day heat wave made our broccoli bolt, so we didn’t get any from our first crop. The chickens enjoyed our first strawberries (grrr…) and we’ve got just a couple late asparagus sprouts showing up still.

And I’m SO excited to see that our peach tree is COVERED in baby peaches! 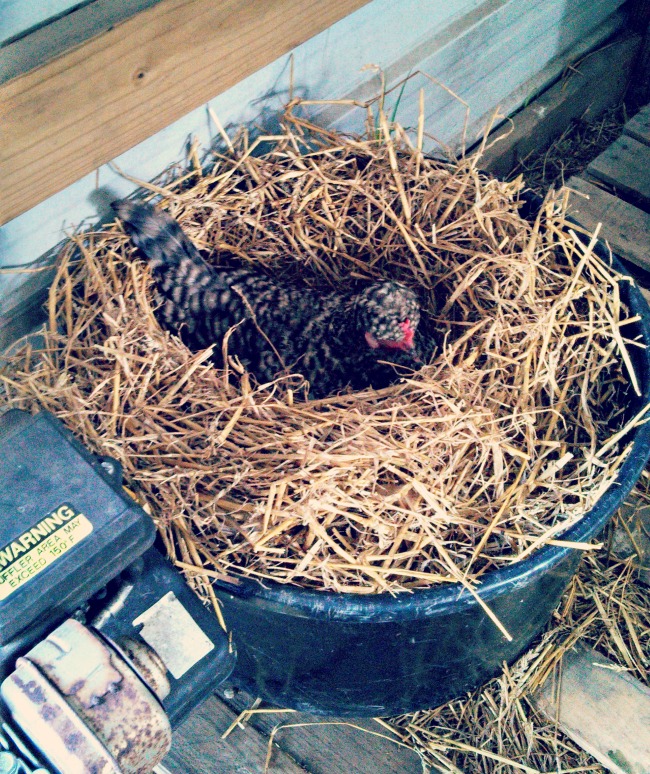 Spring is just rolling along!

The kiddos are officially out of school for the summer and I also spent part of the weekend reclaiming our mudroom from the end-of-school paperwork chaos! If you follow us on Facebook, you may have seen some of the crinkly treasures I found in the bottom of their backpacks as I went along. 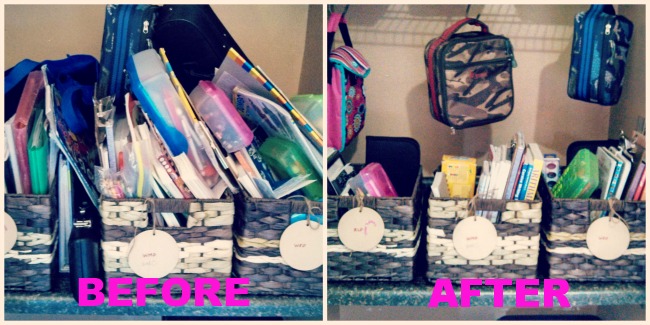 I’ll be getting back to my series on summer learning plans and kids and chores this week as well.

Are you in summer-time mode yet? I’m looking forward to some time to slow down, listen to the crickets chirp, and sip tea on the porch myself. The crew is looking forward to water guns, moonsand, and chasing toads. How about you?