I didn’t write for a good part of the late summer, but that doesn’t mean there wasn’t stuff going on around here. (I love how these pictures remind me of the green-grass days!) One of the things that happens on a farm or homestead is that you collect, well, junk. But it’s useful junk, that’s why you keep it. Because someday, one day, you’re going to need it. (I’ve talked about farm junk before.)

One thing you always keep is old running gear, or axles. Or any kind of trailer parts. You just never know what they could be used for… 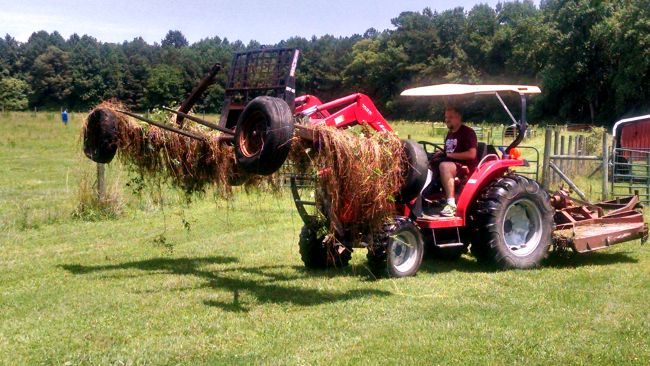 Mr. Fix-It hauled this one out of the weeds, along with the roof of an old pop-up camper that we disassembled and re-assembled into the chicken house trailer a few years ago. We also had some pallets which we’ve been collecting for a garden fence. He was thinking of a more mobile sheep shelter for the field. We have those great “mini” steel hoop houses, but they can only be moved with the tractor because they have to be picked up to re-locate. In the winter that’s fine, because they stay in one spot for 4-6 weeks at a time and get bedded down with straw. But in the summer they are pretty hard on the grass and the tractor with our rotation.

So we’re looking for something easier to move, but sturdy enough to handle being moved constantly. It’s a delicate balance and we’ve learned a lot from trial and error. I’ve also just accepted that, because we try to stay mobile, we’re going to have to compromise and there will always be repair work to do. (Chicken pen, ahem…) 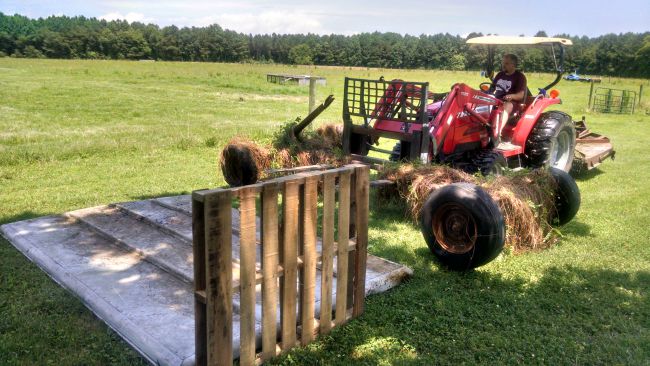 The other issue in our area is wind. Our place is pretty flat and we get some fierce winds through the fields. And we’re in hurricane territory, of course. We’ve had our big shade shelter blow over a couple times and need repair. We also had one unfortunate incident when the wind picked up a shelter just enough to trap one of our ewes, which we didn’t know about until the next morning. That loss really hurt.

We’ve learned quite a bit about what will hold up and what won’t over the years.

Pallet idea? To flimsy to be mobile or wind-safe.

Idea #2? Too short. When they want shade, the sheep are pretty resourceful, but this would only work for lambs and someone would get hurt trying to force their way under on a hot day. 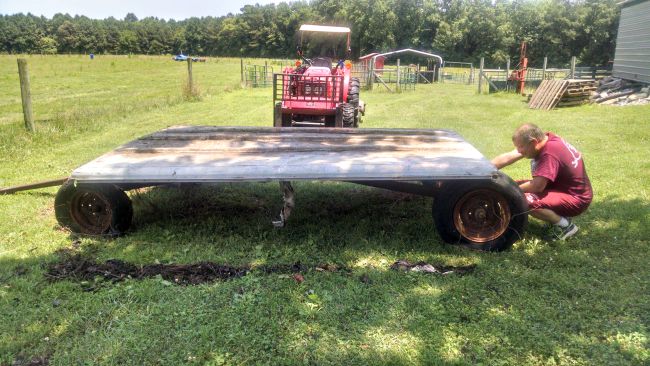 So for the time being we’re just extending a little extra cover on our existing shelters while Mr. Fix-It keeps thinking it over. There’s not much to that camper roof, so it’s not the sturdiest material to be building with. Reinforcing it will make it heavy and clunky to move, so now that we’re into hurricane season, it’s headed back to the junk–oops, I mean “storage” pile. But I’m sure we’ll be seeing it again. 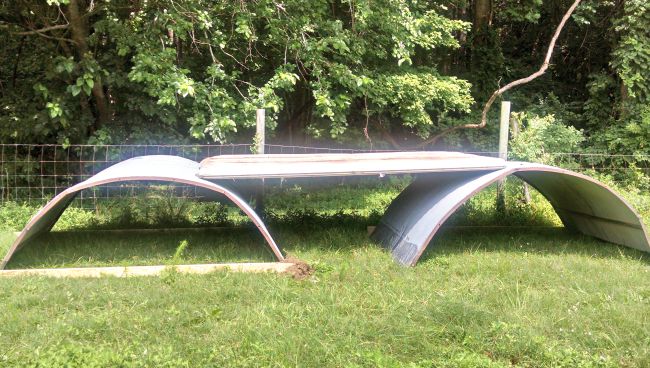 How are things on your home place? Are you settling into Fall? We’re in high-gear getting in shape for winter. Here in Virginia, our Fall goes well through Thanksgiving, so we still have some grass, but we’re stockpiling hay and getting our shelters winterized.

I’m also getting into holiday mode because I’ve got Thanksgiving, our anniversary, the Cowboy’s birthday, Christmas, and then Speedracer’s birthday coming up over the next couple months. Ugh! It’s so hard to keep the holiday spirit when there’s so much worldly pressure this time of year! I prefer to hunker down at home and keep my family close and quiet…but life–especially as the crew grows up–just doesn’t seem to be ok with that most of the time!

Are you thinking holiday season yet?!