I see the early side of 5:30am a lot during the week. It’s not my favorite time of day. And I firmly believe that if you have to get up while it’s still dark outside that coffee is mandatory. No one else around here–2- or 4-footed–feels the same. So when the Ladybug burst into the house from chores in tears the other day at 6:30 in the morning, my first thought was “Dear Lord, there’s not enough coffee in the world for this job,  but could I please get just. one. cup. before something happens?”

But crying children wait for no caffeine, so I headed over to see what was up. 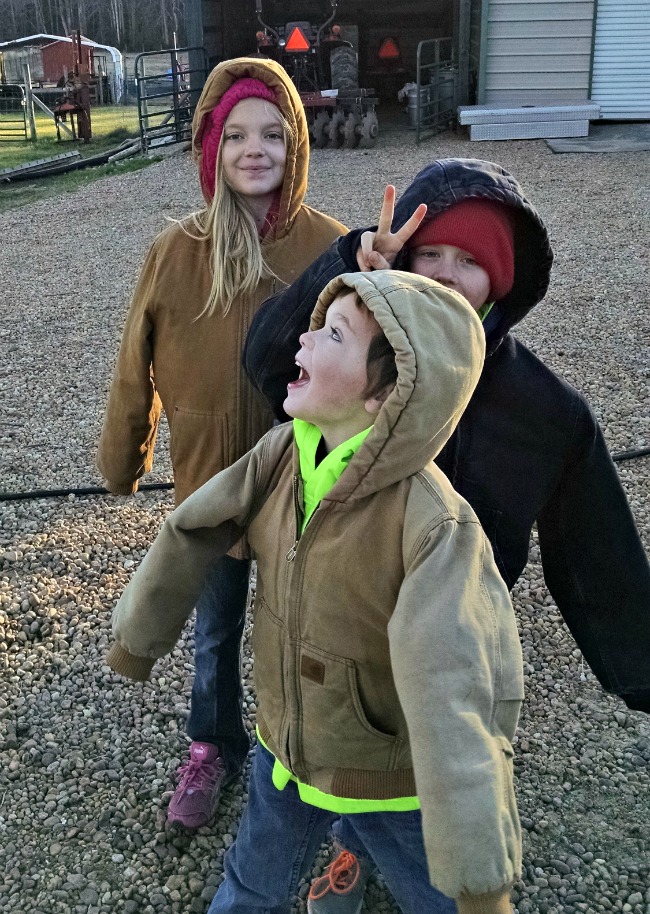 At first all I heard was “he bit me, he bit me, I tried to take it out of his mouth and he bit me…” and my eyes were scanning for blood and gaping wounds.

I admit, I was worried that Coal might have bitten her. It’s one of the #1 complaints with cattle dogs and that possibility is something that I’ve worked super-hard to address with his training the past year. But if she had reaching into his mouth to take away a stick or some trash while he was wound-up first thing in their walk…

And there’s the Cowboy in the background saying, “It might be infected. You might get rabies and die.”

Which brought on more tears. 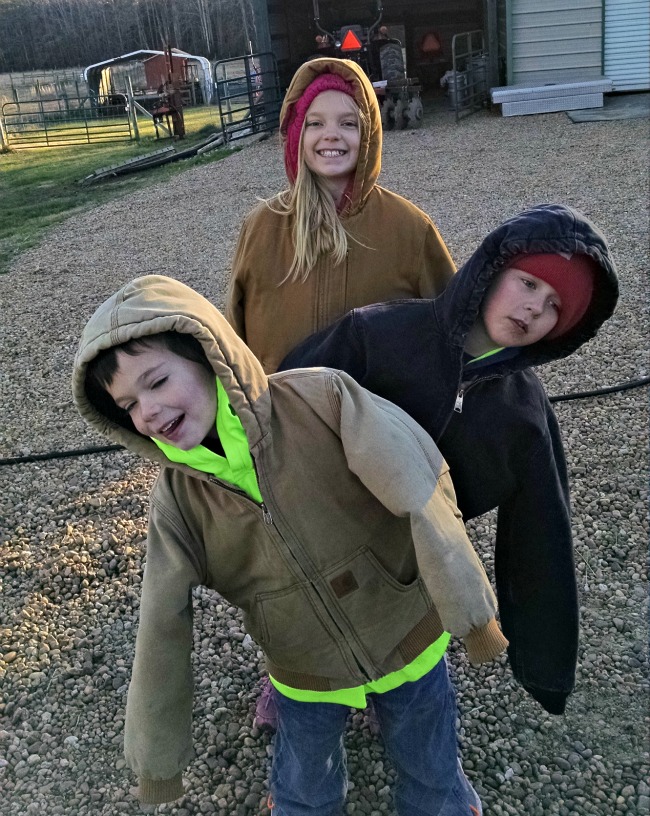 I finally got ahold of her and shook her a little bit and she held out her hand. Which meant nothing to me because I couldn’t see anything. No blood. No puncture wounds. Nothing. Mr. Fix-It hushed the Cowboy, which helped slow the crying down, and she finally pointed to a tiny red spot on her finger.

Then the story came out…

Coal was digging in the field–which is a normal occurrence–but then he came up with something and took off across the field. She was worried that he might have a bone, or trash, or something else he shouldn’t, so the Ladybug and Penny took off after him. Which just made him run faster.

Penny eventually caught him and tumbled him over–which is also a normal occurrence–and the Ladybug tackled him to get it away. Turns out she pried his mouth open and saw “a dead mole” in his mouth. (See she tackled him and pried his mouth open to take something away and he didn’t bite at all–good boy! I owed him an apology!) So she reached in to grab it out (brave girl!) and IT WAS STILL ALIVE. 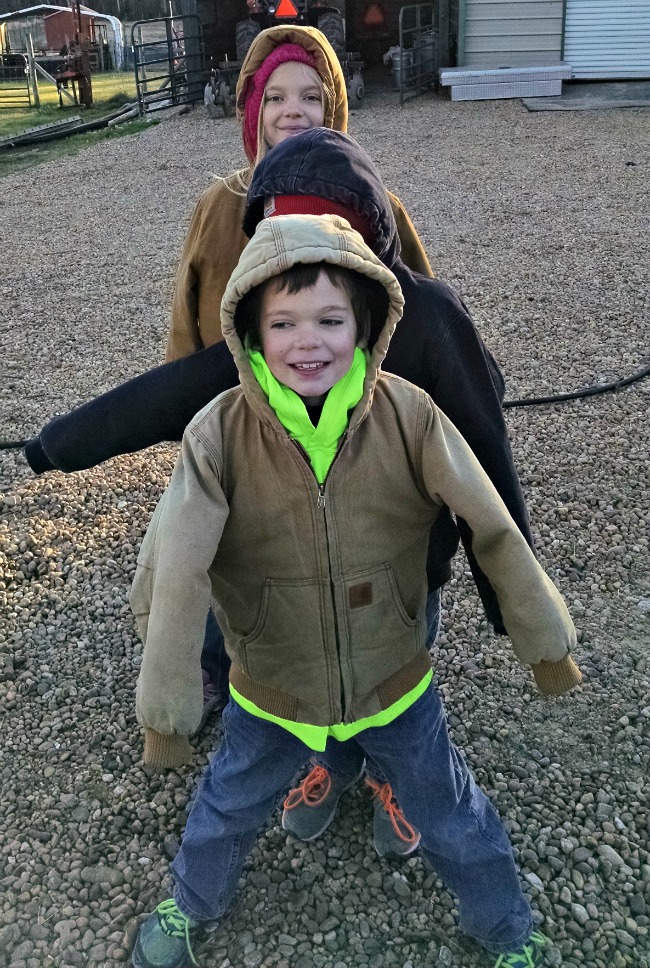 And it was a dirty, dog-spit-covered, field mouse.

And it bit her.

Apparently the real trauma came when it bit her, and latched on and she tried to shake her hand away and it was “attached” and wouldn’t let go. She had to fling it off onto the ground. And then she stomped on it several times.

Coal was jumping and bouncing up and down trying to snatch it back so my brave farm-girl grabbed up the body and flung it over the electric fence, and came home–

Where she ran into the Cowboy who saw her crying and asked what happened–and then told her she’d probably get rabies and die. (Bless his heart, he was trying to help–he said–because he didn’t want her to die. Friends, monitor how much NatGeoWild you let your kids watch. They’re absorbing more than you’d expect, believe me.) 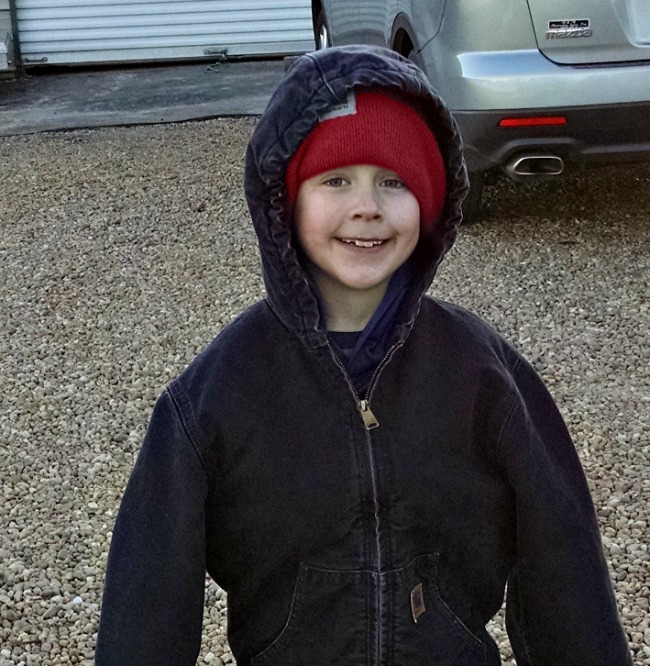 Getting the whole story out ended most of the tears. Some antibacterial soap and a Jurassic Park bandaid moved us past the discussion of rabies. But we had another outburst of guilty tears over the stomping.

She felt terrible that it was still alive and she stomped on it and killed it.

It was in the middle of being eaten by the dog, bit her, wouldn’t let go, and she was feeling guilty about stomping on it. She’s got quite the soft-heart, our Ladybug does.

Mr. Fix-It told her it was self-defense because the mouse was attacking her so it was ok. I told her not to worry about it because the mouse is the bottom of the food chain and God makes extras and if it hadn’t been her, it probably would have been a hawk. The Cowboy told her it was probably already dead because the dog was eating it, but it was biting as it’s nerves die like a rattlesnake he saw on TV. (See? NatGeoWild. I’m telling ya friends…)

The point being she was fine. She stopped crying. And suddenly it was an adventure we’ve been teasing her about it since. 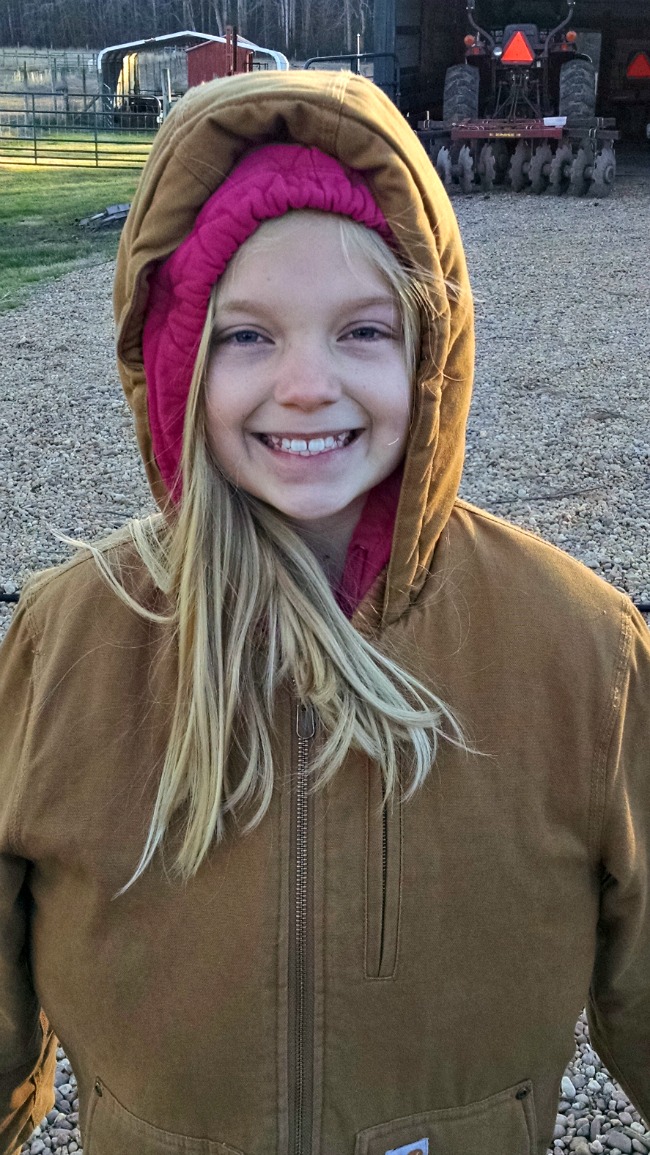 And Mr. Fix-It’s parting shot as he left for work, “Just remember when you tell people you got bit by a mouse to tell them it was outside!”