So yesterday I mentioned that the kids were supposed to try and find a bat (as in winged, cavern-dwelling mammal) to try and bring to VBS Tuesday night as part of their Treasure Quest program. It had to be stuffed, plastic, or an otherwise actual object–no pictures (and minus credits for bring a real bat!)–for points toward end of the program prizes.

Well, we don’t have creepy things like stuffed bats around here. And I’m not really a big Halloween decorator. So I pulled out some brown fleece left over from the Ladybug’s Christmas gingerbread costume and got to work. 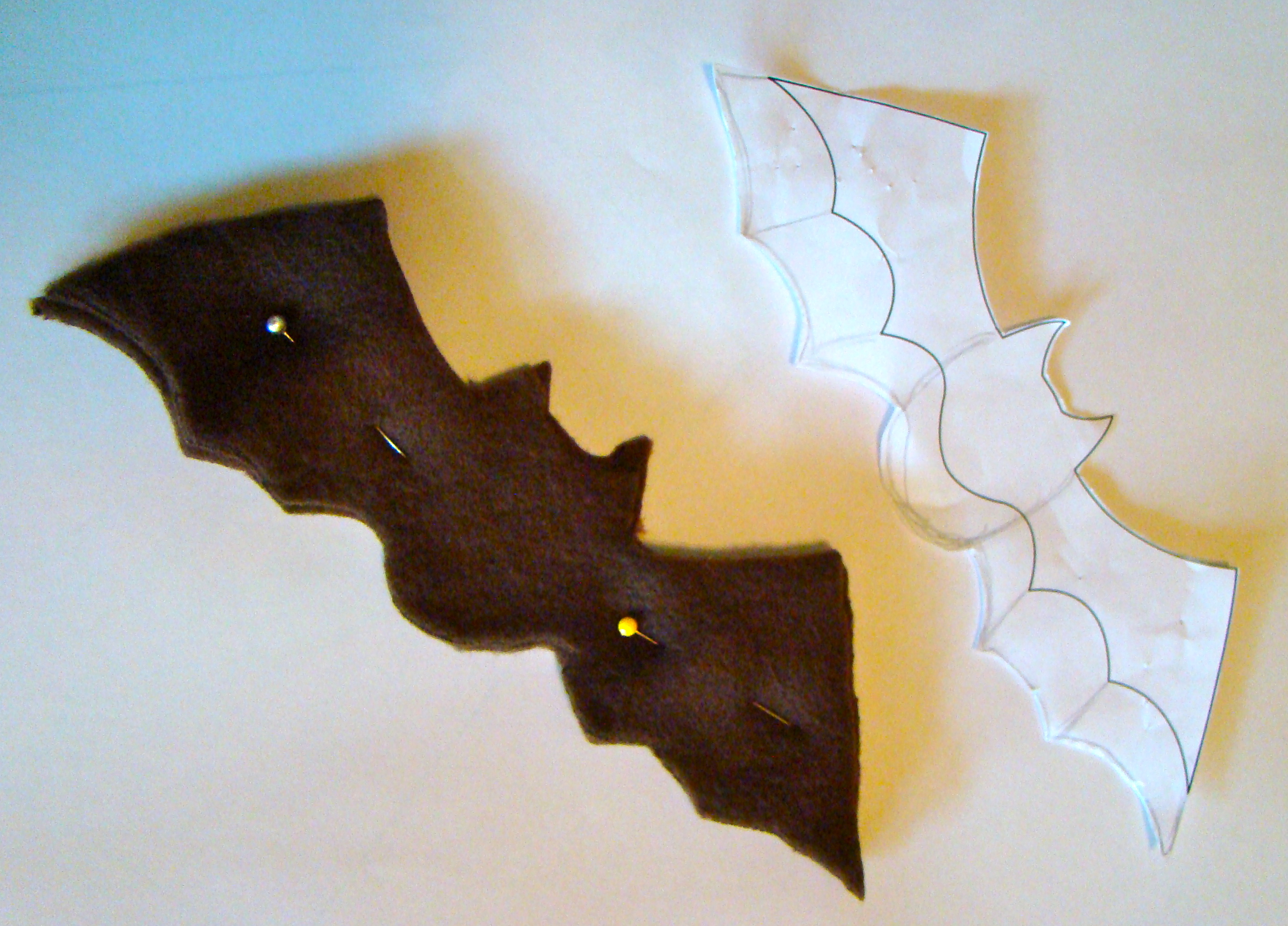 I just printed out a coloring page and cut it out as a pattern.

I cut out the bat from a Halloween coloring page online.  You can see from the picture that I enlarged it a little bit by hand, but it was still pretty small. 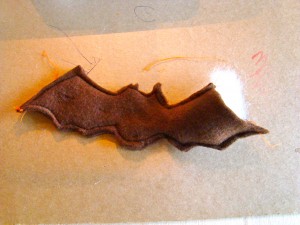 The stuffing was left over from the Ladybug's doll in January.

I cut out two of them (make that six of them) and just top stitched around the edges. I didn’t bother with turning them inside out or anything because the fleece has a pretty clean edge. 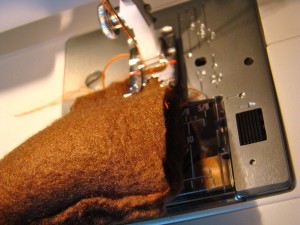 I was really glad for the needle-down function in those corners.

The first one I had grand visions of all this neat double top-stitching outline on the wings and stuff. So I stitched around the whole thing, but left an opening at bottom of the body. I figured it would be easy to close when I did a “fancy” body outline stitch. 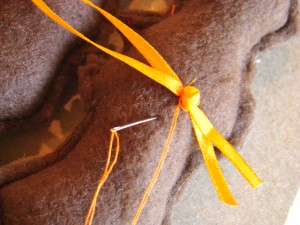 I had to hand stitch the ribbons on last because I didn't plan for them at first.

Stupid idea. It was impossible to sew that curve in that double-thick fleece with the bulky stuffing. At least it was for me. That first one would have been a reject if I had more time.

The next two I left one of the wing straight edges open for the stuffing and it was much easier. (See picture #2.) I just stuffed, pinch the edge to sew it flat, and squeezed it back around into shape again. 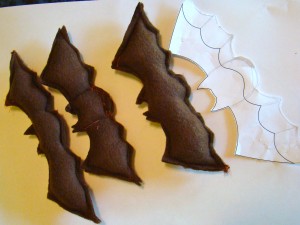 They all turned out a little...unique. I got better with practice!

I decided to add ribbons on them for some reason. Maybe because they were too plain. Maybe because I imagined using them as Christmas tree ornaments one day. I don’t know. It would have been easy if I had thought of that idea first and just sewn the ribbons into the top seam…but I didn’t. I ended up sewing them on at the last minute on my lunch break and they all came out a little different. 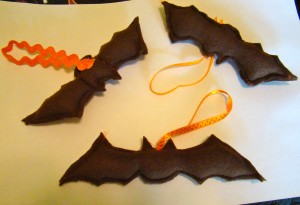 That one on the top left looks more like a sting-ray...

But now that I’ve done it, I feel much more confident that I could do it again–with better results!

The last one turned out the best, of course. 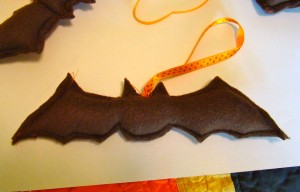 This one ended up just about right.

Was all this necessary? Technically, no. VBS doesn’t require sewing stuffed bats for the kids to have a great time. But I enjoyed stretching my creative wings…and making my kids smile…and it didn’t cost me a dime except in time. And even that was only a couple hours.

These little efforts are part of how I keep my heart at home even though I’m not there full time. Just like packing picnic dinners all week instead of just going to McDonald’s every night. (Ok, not to mention that would just be yuck!) This is how I create memories of quality time because I simply don’t have more quantity to work with. And this is how I mesh having a creative outlet for myself and serving my family–without that miserable “me-time” vs “to-do list” guilt.

Although now the Cowboy expects me to magically come up with 3 snakes for tomorrow and I’m not sure I have that covered!