Last week I detailed my VBS adventures with bats, snakes and penguins, and the grand finale on Friday was fish. Yep, fish.

Friday at lunch my totally not-artistic self hand-drew a pattern for goldfish and whipped them together. 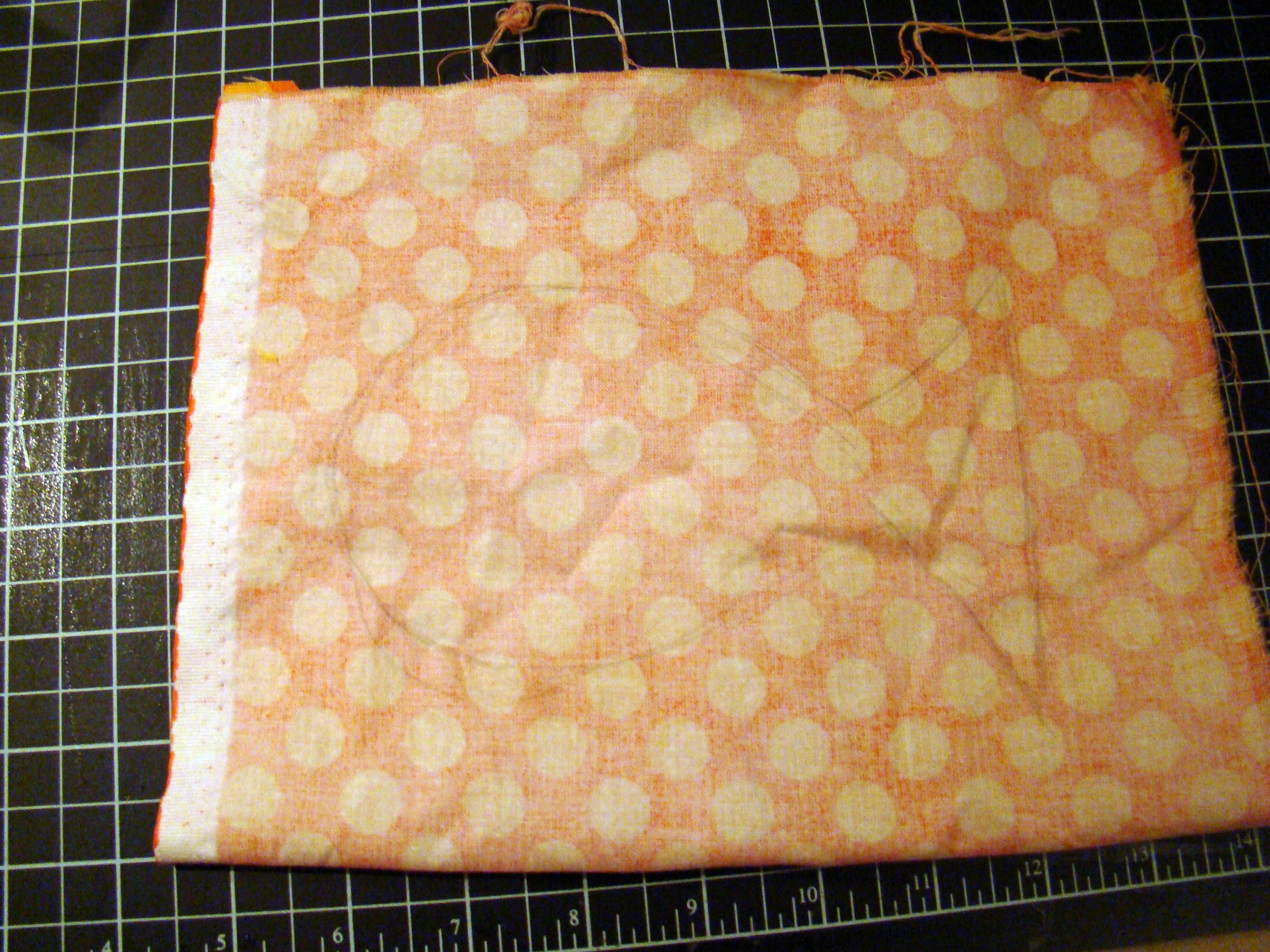 This orange polka-dot fabric was perfect for this!

I’ve discovered that there’s a simplicity of scale involved in sewing. Smaller is not always better because it makes it hard to turn inside out, stuff, or edge. There’s a perfect size that’s not too big and not too small… 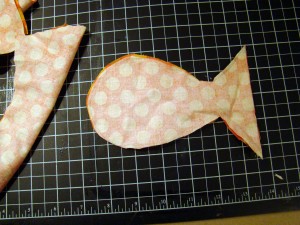 I widened the tail section on the next couple because it was getting to narrow to work with.

I cut some ribbon for a handle and tucked that in between at the seam (I learned my lesson from the bat ribbon fiasco!) so they could slip them on their wrist and still be able to carry their bibles, their pennies, and hold my hand in the parking lot! 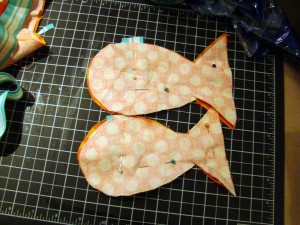 Then I just sewed around the edges. I left the flat of the tail open for the stuffing. 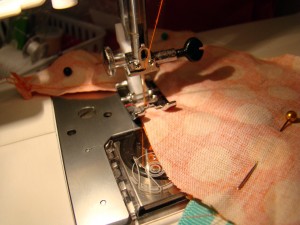 I just take these pictures because I love my sewing machine! I know you know what "sewing the edges" means without a picture!

I was out of stuffing after the snakes, so I scrounged up the left over cotton tights (also from the snake project!) and cut it into big pieces and used that as stuffing. Worked great and I’m still out ZERO dollars for the whole week of projects. It was all just stuff I had on hand from other various things. 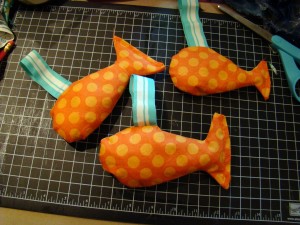 Ta-Da! You can see they got better with practice.

There a flow to crafting. You start out with nothing and you do have to make initial investments to get started which can seem overwhelming if you’re on a tight budget. But then you build momentum and you suddenly find that you’ve got scraps of this, and leftover that, and a smelly box of auction-something-else and your stash is growing and growing.

And then, people realize that you actually use stuff, and they start bringing you stuff. Stuff they bought and never used. Stuff they saw and thought you would use…and you start keeping everything. Card fronts and old tablecloths and broken jewelry… 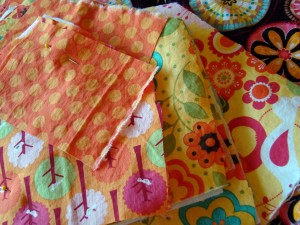 Projects waiting for me from scraps leftover from the Christmas doll bed.

Suddenly it’s not so expensive anymore. Suddenly, it’s practically nothing but your time. (Ok, ok, and the money for that gorgeous turquoise and red flowered print…) Suddenly the fun is in making something from a bunch of nothing!

So don’t be afraid to get started. Eventually, it will flow.